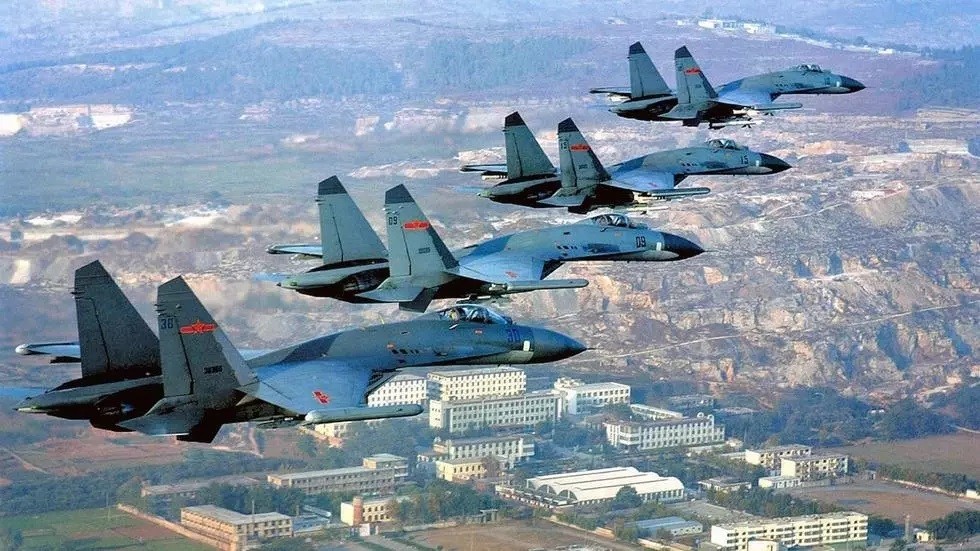 As the U.S. has announced the potential sale of a wide range of sophisticated weapons to Taiwan over the past few weeks, China on Monday (Oct. 26) announced sanctions on American companies involved in these arms deals. That same day, China's state-run mouthpiece the Global Times published an editorial by Editor-in-Chief Hu Xijin (胡錫進) describing the sanctions as "countermeasures" against the U.S. weapons sales that will "gradually strengthen."

The editorial alleged that Taiwan's Democratic Progressive Party (DPP) leaders are promoting "de-sinicization," while the U.S. is using Taiwan to "jeopardize" the rise of China. Hu charged that the two are colluding together in using "salami tactics" against the communist regime.

The communist voicebox wrote that military means are China's "trump card for restraining Taiwan secessionists" and that during recent military exercises, PLA aircraft have "reached near the island of Taiwan." Hu claimed that this was a signal to Taiwan's government that it must "rein in at the brink."

Citing no polls or surveys, Hu claimed that Chinese public opinion has expressed expectations that PLA fighter jets will "fly over Taiwan." Hu asserted that it's "obvious" that the PLA is making preparations to "exercise sovereignty over Taiwan."

The tabloid blamed Taiwanese authorities for being "too arrogant" and believing that China would only make verbal threats instead of taking "real action" against attempts to "seek secession." Hu purported that Taiwanese leaders now realize how serious that situation has become and foresee the "incoming punishment" from China.

In an apparent justification of unprovoked military action, the Chinese government apparatus claimed that the communist country has the option of using military force to suppress attempts at "Taiwan independence."

"The fighter jets of the PLA must fly over the island of Taiwan to declare national sovereignty and show the determination to exercise the Anti-Secession Law," proclaimed the propaganda piece.

Hu then hinted at possible pretexts China could use to dispatch its planes into Taiwan's airspace, including visits by senior U.S. officials, evidence that U.S. warplanes had flown over Taiwan, or the U.S. and Taiwan taking part in "open military exchanges." Hu reasoned that sending Chinese warplanes into Taiwan's airspace is necessary to "lock down 'Taiwan independence' tendencies."

Ominously, the CCP-operated outlet warned that if the Taiwan military fires at Chinese warplanes as they fly over Taiwan, "it means war and the PLA will deal a crushing blow to the Taiwan military." Agitated by recent announcements of U.S. arms sales to Taiwan, Hu called on the PLA to "warn them that it will destroy those newly purchased weapons."