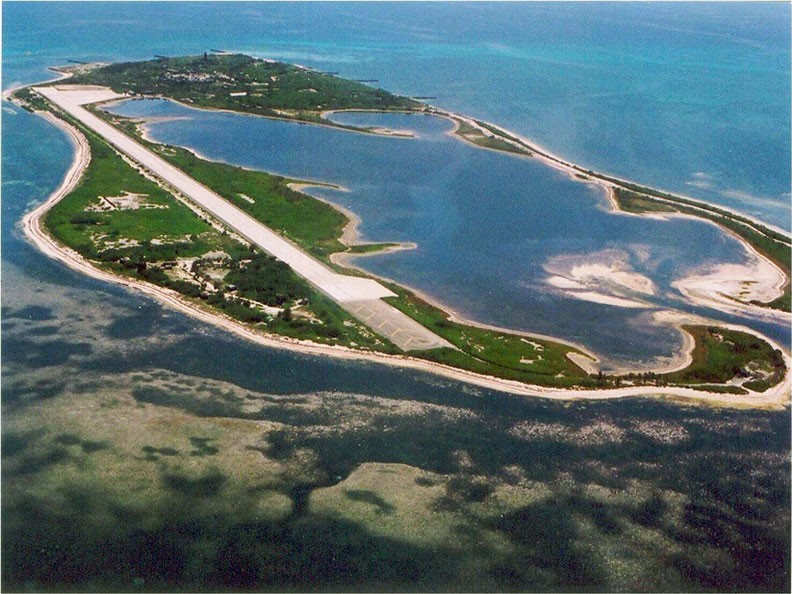 TAIPEI (Taiwan News) — An expert on China warns that the communist regime may try to exploit chaos during the U.S. presidential election to seize Taiwan's Dongsha Islands ((東沙群島, Pratas Islands).

In an interview with Spy Talk, Charles W. "Chas" Freeman Jr., a retired diplomat who served in Taiwan and China, warned that Beijing may attempt to capture the Dongsha Islands, or Taiwan's other outer islands such as Matsu, Kinmen, and Penghu. Chas asserts that the move is being presaged by several warning signs that are similar to the prelude to China's military actions in the past.

Freeman claimed that China's goal in taking the islands would be to “give people in Taiwan a sense of the inevitability of defeat." He asserted that China could lay the groundwork for the assault by activating sappers to sabotage Taiwan's air bases and command its double agents to "defect in place."

He noted that China's state-run mouthpiece, the People's Daily, on Oct. 15 released a "Letter to Taiwan's Intelligence Organs" in which it urged Taiwan's spies "against supporting President Tsai Ing-wen’s resistance to unification with China." The letter included the words "Don’t say that we didn’t warn you" (勿謂言之不預), which according to China's state-operated tabloid the Global Times was originally used by the Qing Dynasty, "and has become a key phrase used by Chinese official media as the most severe warning previously issued before shots were fired in military operations."

The Global Times stated that the phrase was issued before the Sino-Indian War in 1962 and the Sino-Vietnamese War in 1979. Freeman added that the Chinese Communist Party (CCP) had used the same or similar phrases before storming Beijing in 1949 during the Chinese Civil War and before crossing the Yalu River in 1950 during the Korean War.

On May 12, Kyodo News reported that the PLA's Southern Theater Command is allegedly planning a simulated invasion of the Dongsha Islands with Hainan island as its practice field. Not taking any chances, Taiwan that same month dispatched companies from the Marine Corps "Iron Force" for the first time in 20 years.

Since May, activity around the three tiny atolls in the north of the South China Sea has continued to heat up. Both Chinese and U.S. surveillance aircraft have repeatedly flown near the islands throughout the summer and fall.

In July, Chinese fishing boats were caught trespassing in the waters off of the Dongsha Islands by Taiwan Coast Guard vessels. Taiwan's StarLux Airlines Co., in August launched "pretend tour abroad" trips over the islands.

That same month, the Ministry of National Defense (MND) confirmed reports that Albatross drones would be stationed on the islands. In September, Taiwan's Coast Guard acknowledged that there was increased shipping activity around the islands but denied claims by Democratic Progressive Party (DPP) Legislator Wang Ting-yu (王定宇) that a flotilla of Chinese vessels operating on behalf of the Chinese Communist Party (CCP) had laid "siege" to the island.

Also in September, the Mainland Affairs Council declined to confirm or deny reports that five Hong Kong pro-democracy activists had been rescued at sea near the Dongsha Islands. In October, Hong Kong authorities turned away a Taiwan military-chartered supply plane en route to the islands, stoking fears that China is trying to prevent the islands from being resupplied and prompting Deputy Chief of the General Staff Li Ting-sheng (李廷盛) to visit the troops stationed there.

As for scenarios in which China could exploit the U.S. presidential election, Spy Talk cited China scholar Orville Schell, who cautioned that the recent turning away of the Taiwanese supply plane from Dongsha by China could be a "harbinger of more aggression in the offing." Schell is concerned that a contested election result as seen in 2000 could embolden Beijing to make its move on the islands.

On the other hand, if Trump was soundly trounced, Schell worried that the lame-duck president “might relish the opportunity to go out in a blaze of glory.” However, Schell said that three former members of the DOD's Joint Chiefs of Staff confided in him that their biggest fear is "an accident between the U.S. and Chinese militaries." 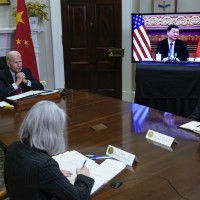 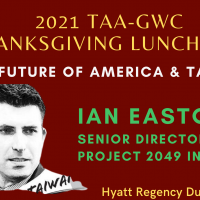