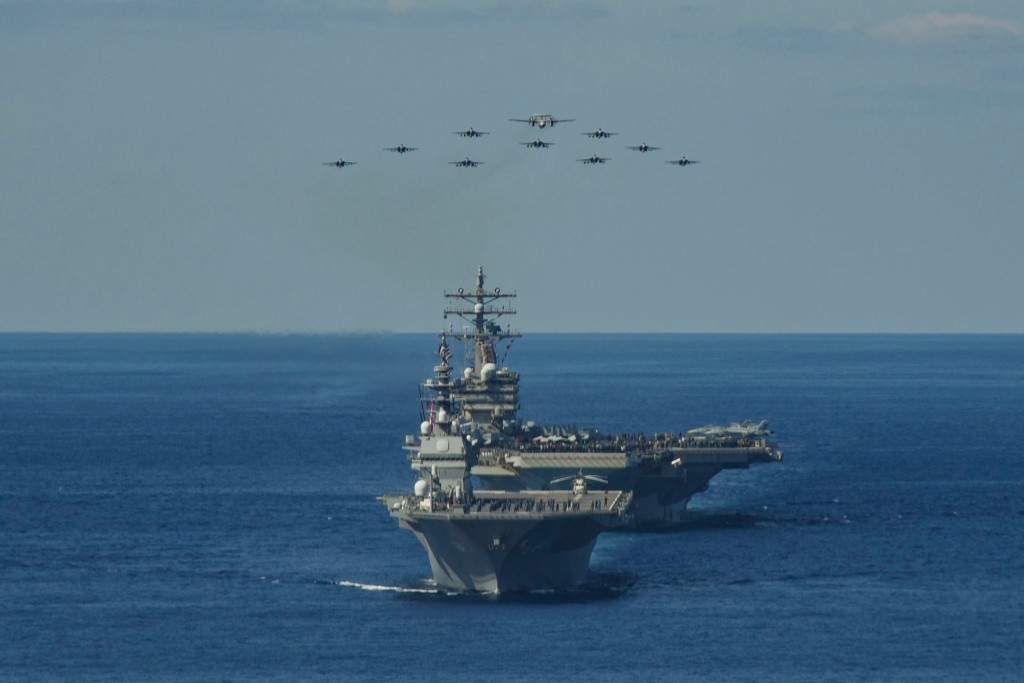 On Sept. 17, Seth Cropsey, former naval officer and senior fellow at Washington-based think-tank the Hudson Institute, wrote an op-ed for The Hill titled “There may never be a better moment for China to strike than the week of Nov. 3.” However, on Sept. 24, the U.S. Indo-Pacific Command announced it will be holding joint military exercises with the JSDF and the RCN beginning Oct. 26, including amphibious landings on several Japanese islands.

In his op-ed, Cropsey wrote that since the Wuhan coronavirus (COVID-19) spread worldwide, the People's Liberation Army (PLA) has sent warplanes to encroach on Taiwan's air defense identification zone (ADIZ), dispatched its aircraft carrier battle group through the Miyako Strait, and conducted large-scale exercises near the Taiwan Strait. Cropsey warns these actions are "not just a complex form of political-signaling" but rather are preparations for an attack on Taiwan, with the goal of "subjugat[ing] it before the U.S. and its allies can respond."

The Navy Times reported that American Indo-Pacific forces had joined with contingents of the JSDF and RCN to commence "Keen Sword 21" on Monday as scheduled. As has been previously reported, 46,000 troops will take part in the exercise, including 9,000 personnel from the U.S. navy, marine corps, army, and air force.

As part of the exercises, warships from the Reagan Carrier Strike Group, more than 100 aircraft, and ground forces are being deployed to Okinawa and surrounding waters. According to Commander, U.S. Pacific Fleet, the participating aircraft will be from Carrier Air Wing (CVW) 5, the USS Ashland (LSD 48), Commander Task Force 72, the 5th Air Force, and the HMCS Winnipeg (FFH 338), a Canadian Halifax-class frigate.

The largest Japanese vessel participating is the helicopter destroyer JS Kaga, which is expected to refitted as soon as next year to carry F-35 stealth fighters, reported Reuters. The massive war games are the first since Suga Yoshihide became Japan's prime minister and follow his pledge to strengthen the ability of Japan's military to stand up to China in contested areas of the East China Sea.

The U.S. navy stated that the purpose of the exercise is to "enhance Japan-U.S. combat readiness" while also demonstrating the U.S.' "resolve to support the security interests of allies and partners in the region." During the exercises, American military units will train with their Japanese counterparts to strengthen the capabilities needed to defend Japan and "respond to a crisis or contingency in the Indo-Pacific region."

This year's exercises will take place at sea, on land, and in the air until Nov. 5, two days after the U.S. presidential election.