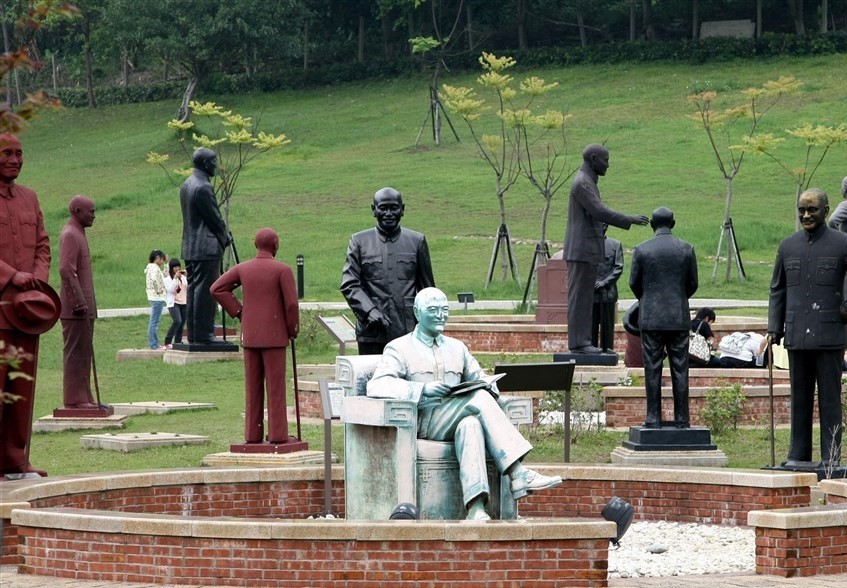 The Transitional Justice Commission gave a Chiang Kai-shek statue removal report at the Legislative Yuan Monday morning. Speaking on the progress of this massive initiative, Taiwan People's Party legislator Lai Hsiang-ling (賴香伶) noted that as of this month that 1,542 statues of the former autocratic leader and other authoritarian symbols remain across the nation, with 360 having already been removed, CNA reported.

He added that there are still martial law-era relics at Academica Sinica, the central Taiwan branch of the Legislative Yuan, and a number of schools.

Yang stated that excluding ones at the Ministry of National Defense (MND) and the Veteran Affairs Council (VAC), the government has eliminated nearly 70 percent of such statues. Lai expressed that he hoped the statue at the Legislative Yuan could be removed by the end of this year, and Yang agreed.

New Power Party legislator Chiu Hsien-chih (邱顯智) pointed out that out of six government institutions, including the Presidential Office, Legislative Yuan, MND, Ministry of Culture, National Development Council, and National Palace Museum, the MND has the most authoritarian symbols pending removal — a total of 260.

Meanwhile, Chiu said that the VAC has only removed one out of 66 authoritarian relics and that the Ministry of Education has taken away five of its 155 vestiges of Taiwan’s oppressive past.