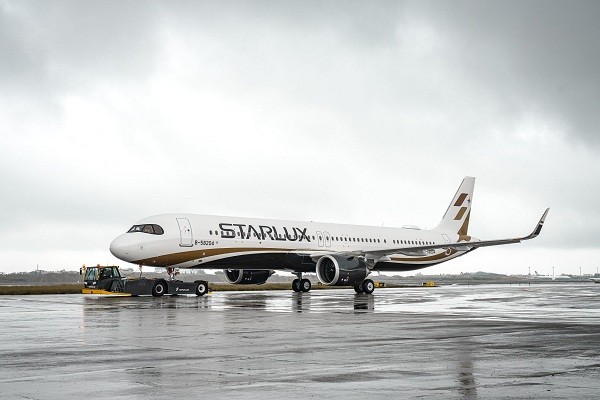 TAIPEI (Taiwan News) — Despite the challenges the COVID-19 pandemic has unleashed upon the airline industry, Taiwan-based StarLux Airlines Co has announced that it will launch Bangkok, Osaka, and Tokyo flight routes in December, according to a statement from the company.

Bookings for the Bangkok and Osaka flights will be available from Nov. 2, and booking for the Tokyo line will become available mid-November. All can be booked on the Starlux website and at major travel agencies across Taiwan.

Initially, StarLux will operate two weekly flights for each of the three new routes. The airline will launch the Taoyuan – Bangkok (Suvarnabhumi) route, the Taoyuan – Osaka (Kansai) route, and the Taoyuan – Tokyo (Narita) route on Dec. 1, Dec. 15, and Dec. 16, respectively.

According to the statement, the carrier will evaluate market demand to adjust flight schedules on a monthly basis.

The startup airline began operation at the beginning of this year but went through a temporary shutdown due to the COVID-19 pandemic. The carrier has resumed daily flights to Macao, China as well as twice-weekly flights to Penang, Malaysia.

StarLux CEO Glenn Chai (翟健華) said that strategic changes are necessary due to the pandemic. He also mentioned his continued plan to implement the 13 A321neo aircraft, per UDN.