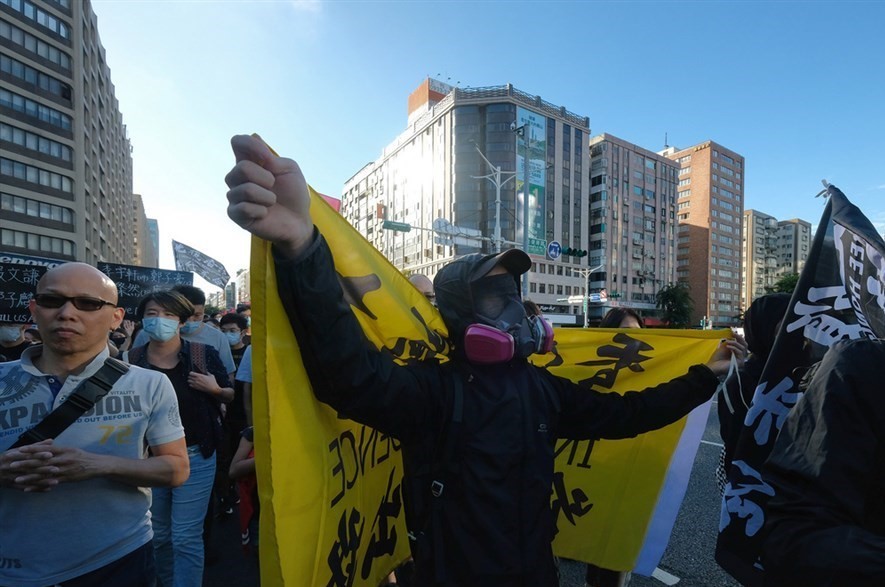 A number of Taiwanese civic groups organized Sunday's march in solidarity with the 12 Hong Kong citizens who were detained by Chinese authorities while attempting to flee to Taiwan in a boat in August.

The DPP said in a statement Sunday evening that Taiwan cannot remain silent in the face of the Chinese Communist Party and Hong Kong government’s continuous degradation of Hong Kong’s freedoms and human rights, CNA reported. The DPP also noted that young Hongkongers wanting to stand up for their values and a better future face unreasonable and cruel oppression, remarking, "We cannot turn a blind eye."

The party said that in order to uphold justice and democratic values, it will continue to combine the strength of the people and the government to support Hong Kong's freedom. “God bless Taiwan and Hong Kong,” it stated.

Sunday’s march was organized by the Hong Kong Outlanders, the Taiwan Association for Human Rights, and other groups, beginning at Zhongxiao Fuxing MRT station and ending at the Hong Kong Economic, Trade, and Cultural Office. An estimated 3,000 people took part.