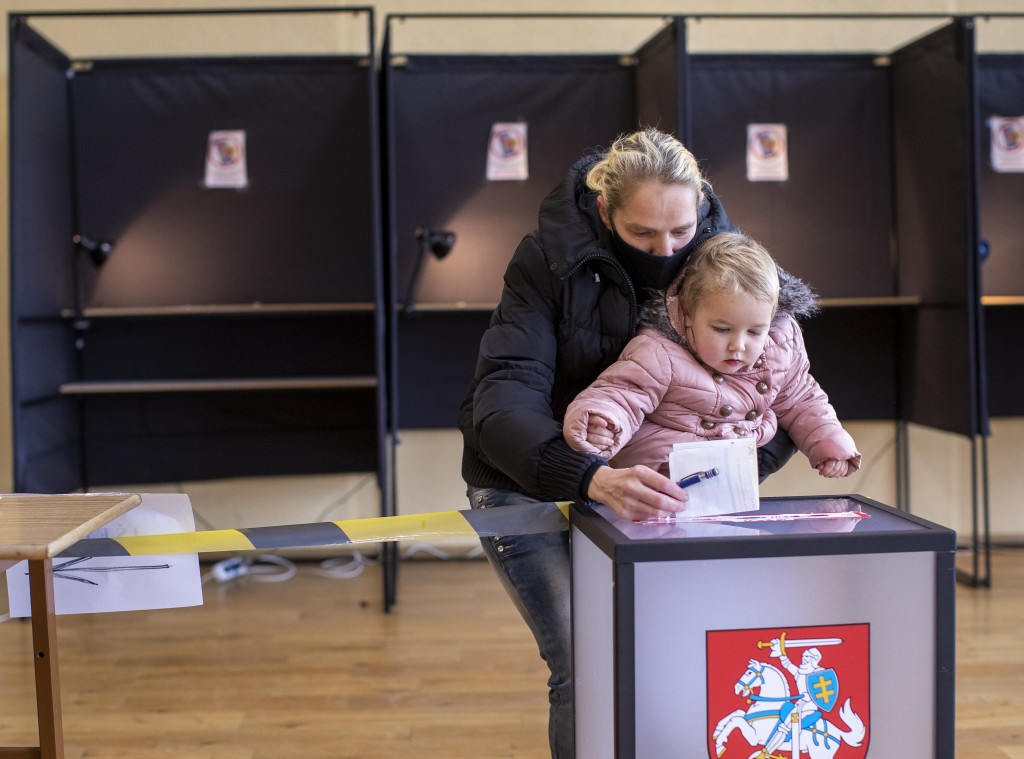 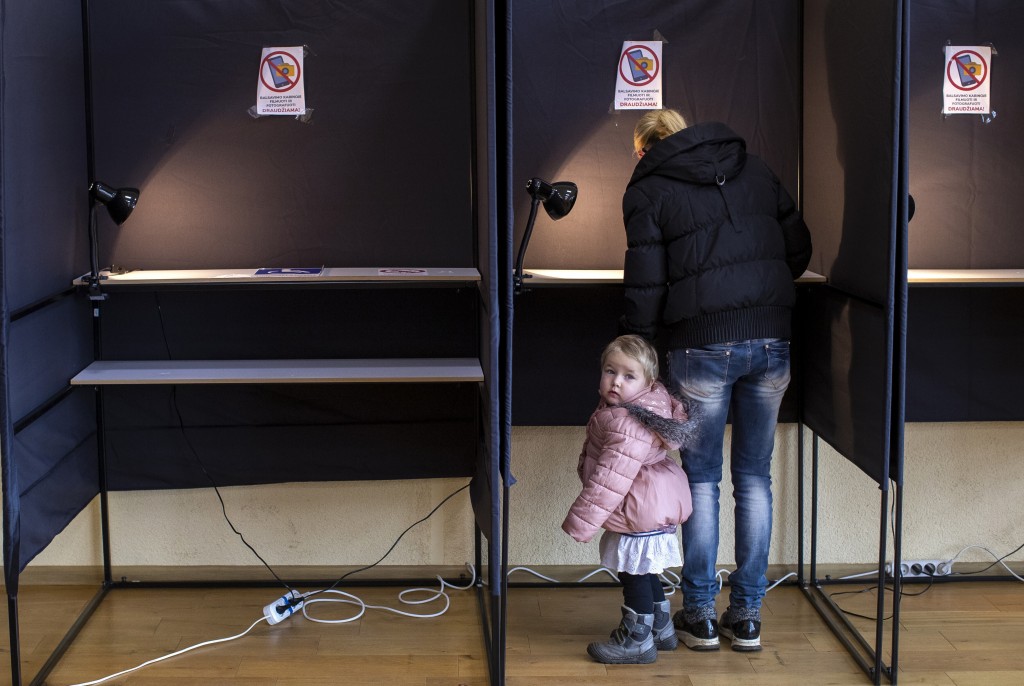 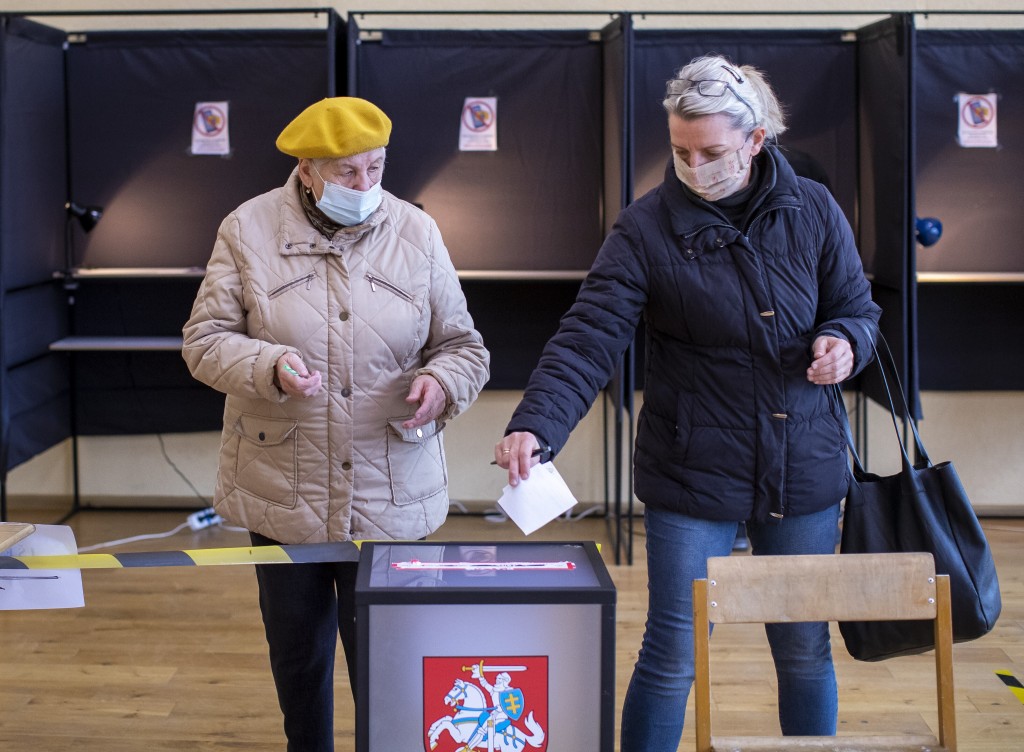 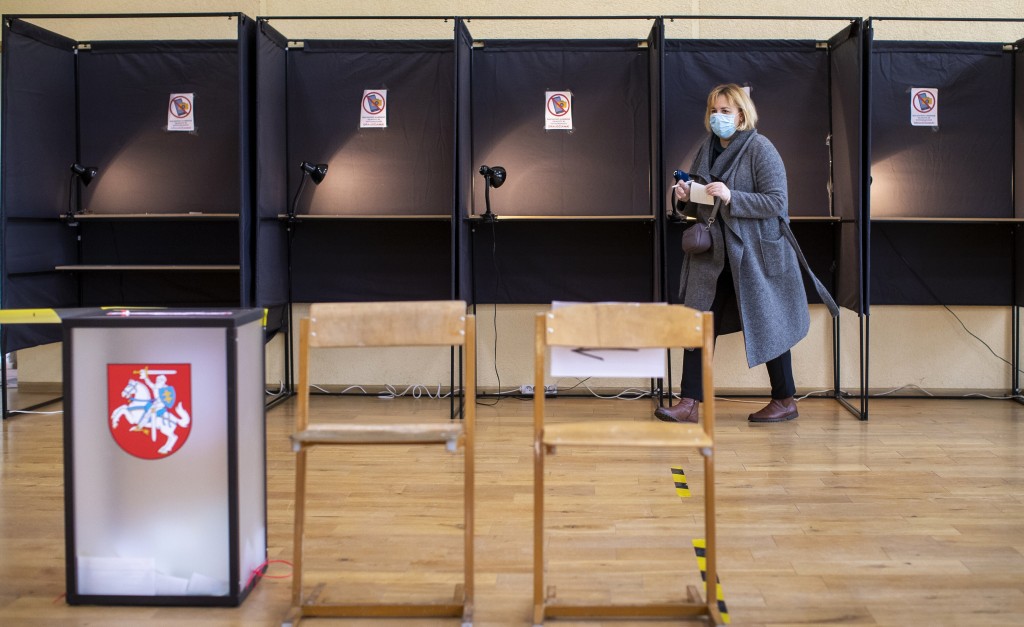 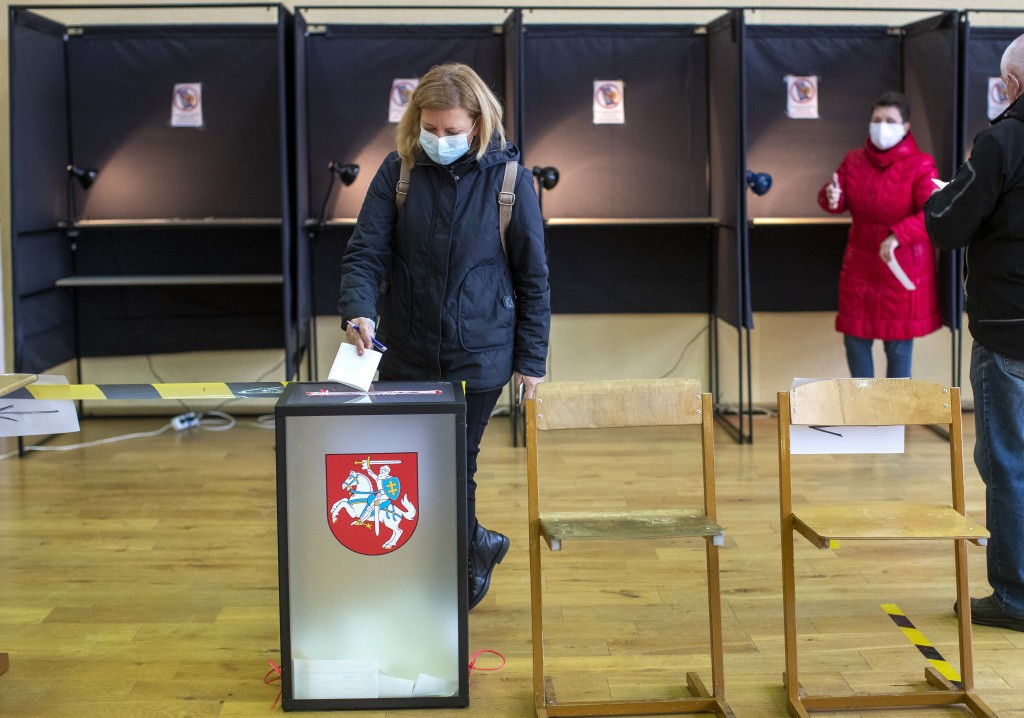 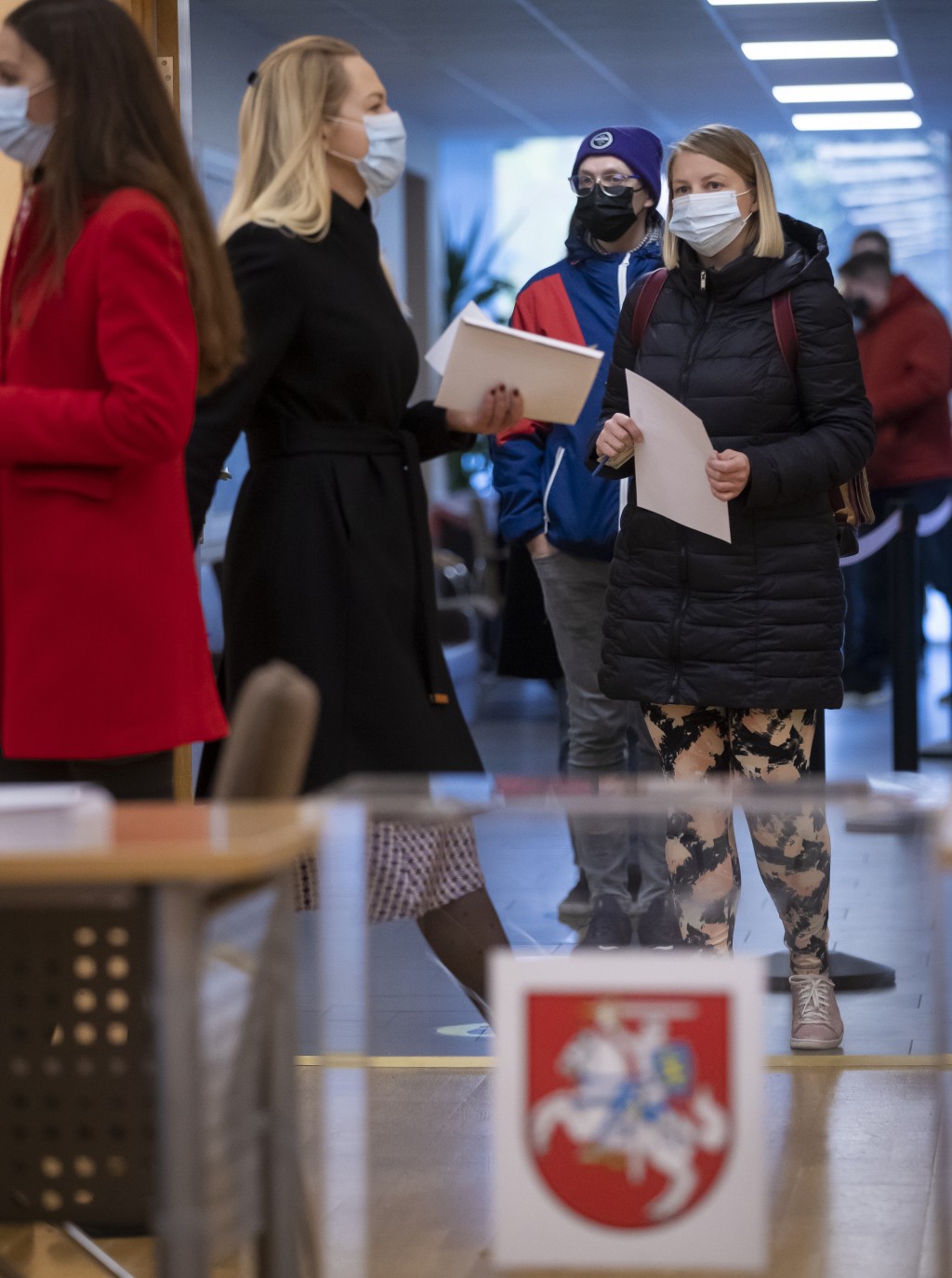 VILNIUS, Lithuania (AP) — Polling stations opened Sunday across Lithuania for a parliamentary runoff election in which the winner will have to tackle a growing health crisis and high unemployment due to the coronavirus pandemic.

The election is widely expected to bring about a change of leadership in the southernmost Baltic nation, which has been governed by a center-left coalition for four years. In the first round of voting on Oct. 11, three center-right opposition parties finished with a combined lead.

In the second round, 68 of the 141 seats in Lithuania’s legislative assembly, the Seimas, are up for grabs. The other seats were allotted after the Oct. 11 first round of voting.

The first round resulted in the conservative Homeland Union party winning 23 seats, or 24.8% of the vote, while the ruling Farmers and Greens party only grabbed 16 seats, or 17.5%.

“If the conservatives are successful on Sunday, they would very likely try to form a new ruling coalition with other two center-right partners — the Freedom Party and the Liberal movement,” Vilnius University political scientist Tomas Janeliunas told The Associated Press. “Yet this would be a rather fragile majority.”

More than 7% of Lithuania’s 2.5 million voters have already cast early ballots for the runoff, according to election authorities who set up special drive-in polling stations because of the pandemic. Voters this year must wear a face mask and bring their own pen.

Polling stations close at 8 p.m. and results are expected overnight.

Lithuania, a member of the European Union and NATO, has kept strong democratic traditions and sustainable economic growth since declaring independence from the Soviet Union in 1990. It has also played a major diplomatic role as the protests in Belarus, its southern neighbor, unfold against that nation’s authoritarian leader.

The country fared comparatively well during the first wave of the pandemic, but like elsewhere in Europe this fall, the nation of 3 million has reported worrying infection spikes in recent weeks. Overall, it has seen over 9,500 cases and 129 reported deaths.

After weeks of hesitation, the Lithuanian government imposed a quarantine in 12 of 60 districts that starts on Monday. Opposition lawmakers have criticized the government for not doing enough to stabilize the latest outbreak.

The economic impact of the pandemic has hit Lithuania hard: it’s unemployment rate was over 14% in September compared to 9% in February. The outgoing parliament had drafted a 2021 budget with a 4-billion euro ($4.7 billion) deficit.