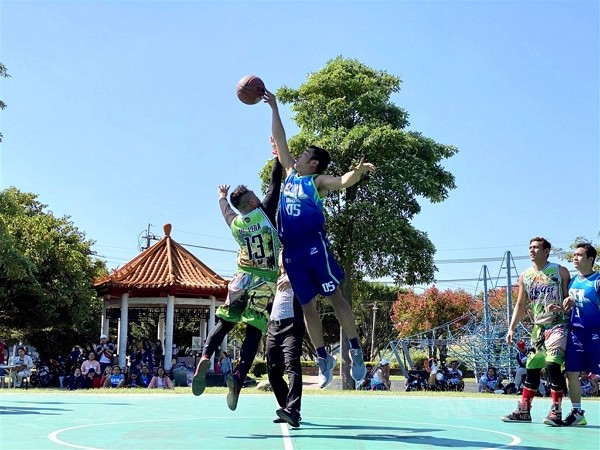 A winter basketball tournament consisting of 21 teams, aimed at consolidating friendship among Filipinos in Taiwan, tipped off in Taoyuan on Sunday (Oct. 25), with hundreds gathering for the opening ceremony and the first three games.

The opening ceremony of the Kalinga Basketball League Nankan 2020 featured a march-past, during which the teams, consisting of more than 400 Filipino migrant workers, were judged on best uniforms and best muses.

Tournament organizers, members of the Cordillera Organization in Taiwan (COT), also played a gong -- known as a gangsa -- as members of the Filipino community performed a traditional dance to welcome guests and bring a festive cheer to the occasion.

The gangsa is indigenous to the cultures found in the Cordillera region of the northern Philippines.

COT members, who number over 1,000 in Taiwan, are always ready to share their culture with others and hope to bring unity among the various Filipino communities in Taiwan, said John Dao-wan Dacio, president of the Kalinga Group in Taiwan, one of four COT sub-groups.

The Solid North basketball team, made up mostly of players from Ilocano communities in the Philippines, won the trophy for "Best Uniform," with their eye-catching red, white, black and yellow jerseys.

Their jersey's design was inspired by the San Miguel Beermen basketball team in the Philippine Basketball Association and incorporated both the Taiwanese and Philippine flags.

"We are here in Taiwan, but we came from the Philippines," Solid North shooting guard J.R. Blancas said, adding that it meant a lot to him to play on a team composed of Ilocanos.

But the league means even more than simply regional connections. "The unity of OFWs participating in this league is very important to us," Blancas said.

Meanwhile, the United Ilocandia won the "Best Muse" trophy, which was accepted by the team's muse Diana Ross Cejas, a 25-year-old Filipina factory worker from Taoyuan.

In Filipino basketball culture, muses are females who whip up support for their teams at tournament openings.

Mercy Kuan, deputy head of the Federation of Filipino Communities in Taiwan (Northern) and president of the OFW Family Club in Taiwan, said Cejas stood out because of her confidence.

Arnel Sagorsor, former COT vice president and current sports coordinator, said the tournament is aimed at strengthening the friendship among Filipinos and also sportsmanship among the players no matter what community they may come from.

"We also hope to generate some funds, even if just a small amount, from the tournament's registration fees to help fellow OFWs in distress," said Sagorsor who hails from the province of Benguet in the southern tip of the Cordillera Administrative Region in the Philippines.

Taiwanese player Guo Zhen-yuan (郭鎮元), who plays center for a team called the Nankan Rookies, said it was the second time he has played in a Filipino basketball league and says he formed his team with workmates from his workplace.

"I don't have difficulty communicating with my teammates because they are friendly and have no trouble accepting me," he said.

The tournament, which held three games Sunday, is expected to run for around two months. There will be 126 regular season games before the playoffs are held.

The Filipino community, which has over 150,000 migrant workers in Taiwan, often holds basketball tournaments throughout the year. 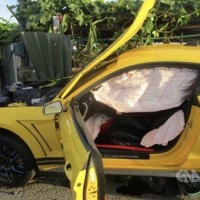