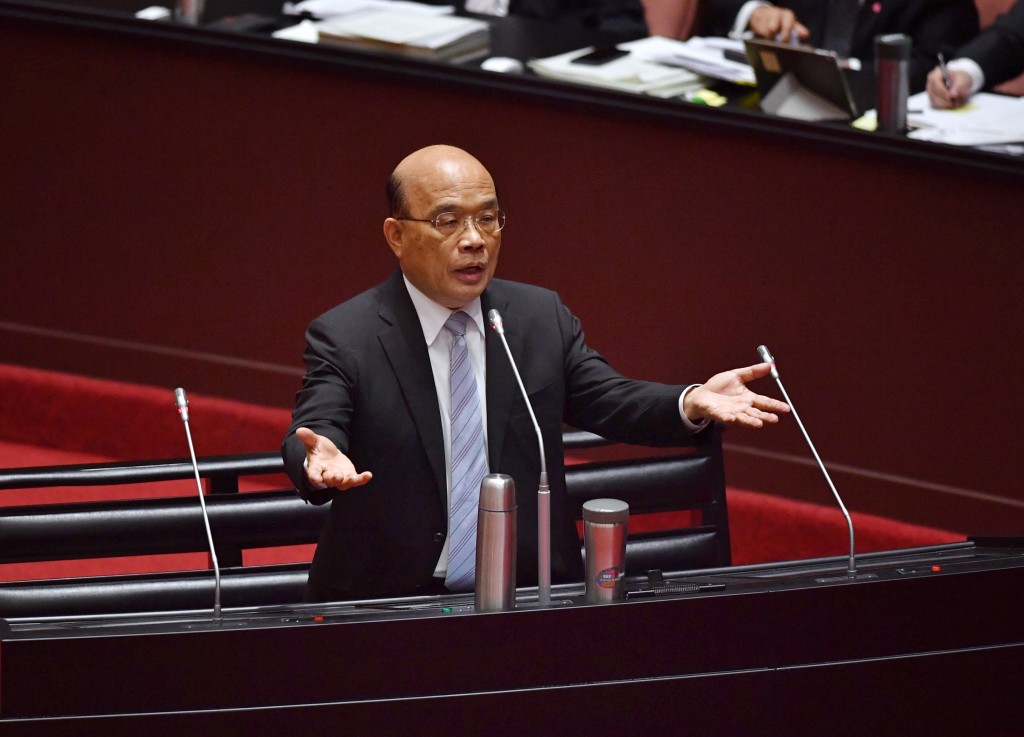 On Friday, Xi stated that while Beijing desired peace it would not back down from a conflict.

While at the opening ceremony of a Sanxia District Farmer’s Association event, Su stated that when President Tsai Ing-wen (蔡英文) delivered her National Day speech, she quoted Xi’s common slogans, hoping he will do what he promised: not to be hegemonic and not to disturb regional peace, CNA reported.

Since the Kuomintang’s (KMT) one-party authoritarian rule over the nation, Su said the threat of war has always been used to scare Taiwanese. At that time, it was said that if martial law were lifted, Taiwan would fall into chaos; if the Democratic Progressive Party were allowed to rule, there would be war.

The Premier remarked that the KMT has always used these types of threats to intimidate the people of Taiwan. Nevertheless, for many generations, the Taiwanese have insisted that freedom and democracy be the masters of their country.

Responding to Xi's comments, Su said, “We never clash with others, but our determination to defend our homeland must be very firm. We do not want war, but don’t use war to threaten [us].”