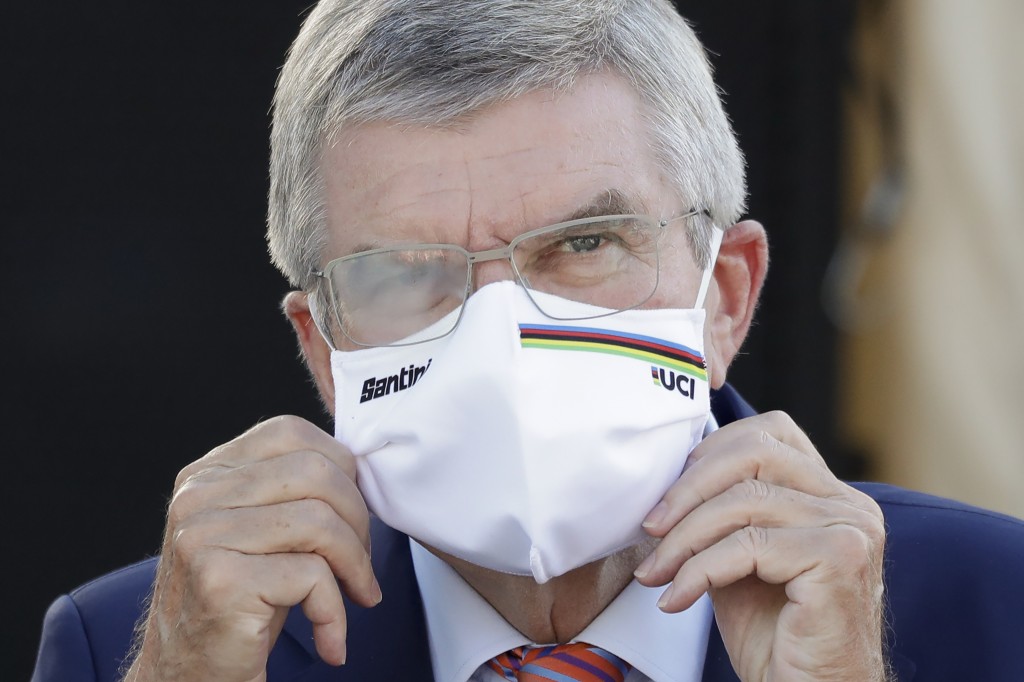 Bach was named the winner of the Seoul Peace Prize last month and was scheduled to receive the award in person Monday.

The new plan is to hold the ceremony with Bach participating remotely, officials told The Associated Press on Saturday.

“Because of the deteriorating situation in Switzerland and Europe, which makes traveling even more difficult, the IOC president, together with the IOC and the Seoul Peace Prize Cultural Foundation, has decided that his participation in the award ceremony on Monday would be virtual,” the IOC said in a statement to The AP.

Bach was awarded the prize for his role in staging the 2018 Winter Olympics in Pyeongchang, South Korea, which brought together Korean athletes from both sides.

A highlight of the 2018 Winter Olympics was the play of a joint South and North Korean women's ice hockey team. They did not win any games but the squad was viewed as a sign of peace and reconciliation.

Bach's inability of travel from Switzerland to South Korea highlights the massive problems facing Tokyo Olympic organizers, who are trying to organize the postponed Games next year in the middle of a pandemic. More than 15,000 Olympic and Paralympic athletes are to attend next year in Tokyo. Thousands more officials, judges, media, and broadcasters will also be on hand.

Just over 1,700 deaths in Japan have been attributed to COVID-19, modest by world standards. The problem will be getting athletes into Japan from more than 200 nations and territories, where the virus might not yet be under control.