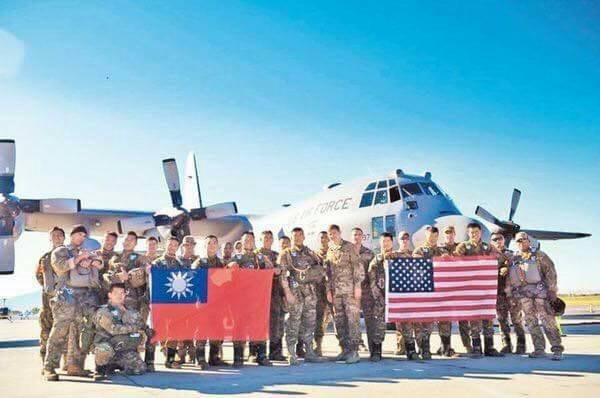 TAIPEI (Taiwan News) — As China continues to ratchet up military aggression in the Taiwan Strait, an American scholar on Thursday (Oct. 22) worried that stationing American troops in Taiwan could lead to severed diplomatic relations with Beijing.

During an online forum organized by the Washington think tank Center for Strategic and International Studies (CSIS) on Thursday and titled "Toward a Stronger U.S.-Taiwan Relationship Report Launch," the subject of basing U.S. soldiers in Taiwan was broached. Richard C. Bush, a nonresident senior fellow at the Brookings Institution, claimed that stationing American troops in Taiwan would lead to complacency in the Taiwanese military and could mean the end to diplomatic ties between Washington and Beijing.

At the end of the forum, the final question posed was: "What is your assessment of the possibility of the physical presence of the U.S. military in Taiwan?" The first to respond was Michael Green, senior vice president for CSIS' Asia and Japan Chair.

Green said the main purpose of an American military presence in Taiwan would be to act as a "tripwire," meaning that the presence of troops would guarantee that the U.S. would be drawn into any conflict.

However, he said, "I don't see a lot of utility to the U.S. of putting bases in Taiwan." He asserted that most of the threat posed by China to Taiwan is "gray zone coercion," such as cyber warfare, intimidation, and restricting Taiwan's international space.

Green posited that the best response to such coercion is to have a "broad repertoire" of options to draw from, including on the economic front. He suggested that a trade agreement with Taiwan would act as a "powerful deterrent and reassurance."

He explained that an important part of "cost imposition" on a gray zone strategy is getting other like-minded states, such as Japan, to impose costs for coercion against Taiwan. The more "radiating circles of consequences" the U.S. can create, the more China will be deterred from attacking or invading Taiwan, he said.

Green cautioned that if the U.S. moves forward on bases in Taiwan too quickly in the current "gray zone scenario," it is less likely to garner support from other countries, which is "not very helpful." On other hand, if Taiwan were to face a "palpable real imminent threat of military force, I personally could imagine an administration deploying marines... but that's in an extreme scenario."

He concluded that under the current gray zone coercion dynamic, unilateral steps by the U.S. would leave allies like Japan behind and would "hurt us not help us." He maintained that positioning troops in Taiwan is "not something that should be on the table for now."

Bush responded by saying that he saw two problems with the notion of basing U.S. forces in Taiwan. First, he said it is very important that Taiwan's military has the capability to hold out for weeks or months before the U.S. can arrive in full force. "Keeping the nose of the Taiwan military to the grindstone is not easy," said Bush.

He then alleged that if the U.S. were to deploy troops in Taiwan, the country would become complacent and over-reliant on the superpower for protection. "They would say, 'oh job's over, the United States is going to ensure our safety, we don't need to spend more on defense, we don't need to improve our reserves, etc..,'" claimed Bush.

Second, Bush pointed out that one of the conditions China set for the normalization of relations with the U.S. in the 1970s was the removal of U.S. forces and installations from Taiwan. Bush then remarked that if the U.S. was to station troops in Taiwan at this stage, "Beijing would feel great pressure to suspend or cancel diplomatic relations with the United States."

His rationale for China's cutting ties is that the deployment of U.S. troops in Taiwan would destroy "one of the fundamental principles on which the establishment of diplomatic relations is based."

Green added that in the event of a serious crisis in the Taiwan Strait, the director of the American Institute in Taiwan (AIT) would have to launch a noncombatant evacuation operation. He pointed out that once such an operation is initiated, it is the U.S. Marines, Air Force, and Navy that implement it.