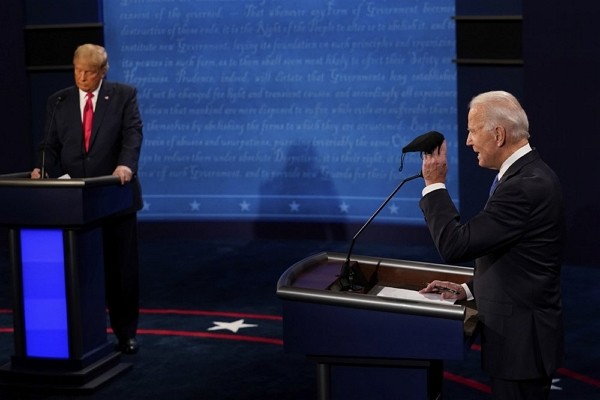 In their final debate, President Donald Trump and Democratic Joe Biden offered sharply different visions of how to handle the surging pandemic, with the incumbent declaring that the virus will go away and his challenger warning that the nation was heading toward “a dark winter.”

The night in Nashville opened with a clash over the president’s handling of the coronavirus, which has killed more than 225,000 Americans and cost millions of jobs. Polling suggests it is the campaign’s defining issue for voters, and Biden declared, “Anyone responsible for that many deaths should not remain president of the United States of America.”

Trump defended his management of the nation’s most deadly health crisis in a century, dismissing Biden’s warning that the nation had a dire stretch ahead due to spikes in infections. And he promised that a vaccine would be ready in weeks.

“We can’t keep this country closed. This is a massive country with a massive economy,” Trump said. “There’s depression, alcohol, drugs at a level nobody’s ever seen before. The cure cannot be worse than the problem itself.”

But Biden vowed that his administration would defer to the scientists and said that Trump’s divisive approach hindered the nation’s response.

“I don’t look at this in the way he does--blue states and red states.,” Biden said. “They’re all the United States. And look at all the states that are having a spike in he coronavirus--they’re the red states.”

Final debates often play an outsized role in electoral outcomes. But Thursday night’s showdown was different from the past.

More than 47 million people have already cast their ballots as part of a pandemic-era rise in early voting. In an election dominated by a polarizing president, far fewer undecided voters remain than at this point in 2016.

In a visual reminder of the pandemic that has rewritten the norms of American society and fundamentally changed the campaign, sheets of plexiglass had been installed onstage Wednesday between the two men. But in the hours before the debate, they were removed.

The debate, moderated by NBC’s Kristen Welker, was a final chance for each man to make his case to a television audience of tens of millions of voters. And questions swirled beforehand as to how Trump, whose hectoring performance at the first debate was viewed by aides as a mistake that turned off viewers, would perform amid a stretch of the campaign in which he has taken angry aim at the news media and unleashed deeply personal attacks on Biden and his adult son.

In an effort to curtail interruptions this time, the Commission on Presidential Debates announced that Trump and Biden would each have his microphone cut off while his rival delivered an opening two-minute answer to each of six debate topics.

The mute button won’t figure in the open discussion portion of the debate. 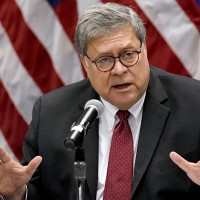 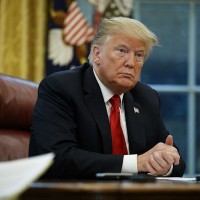 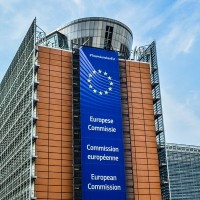