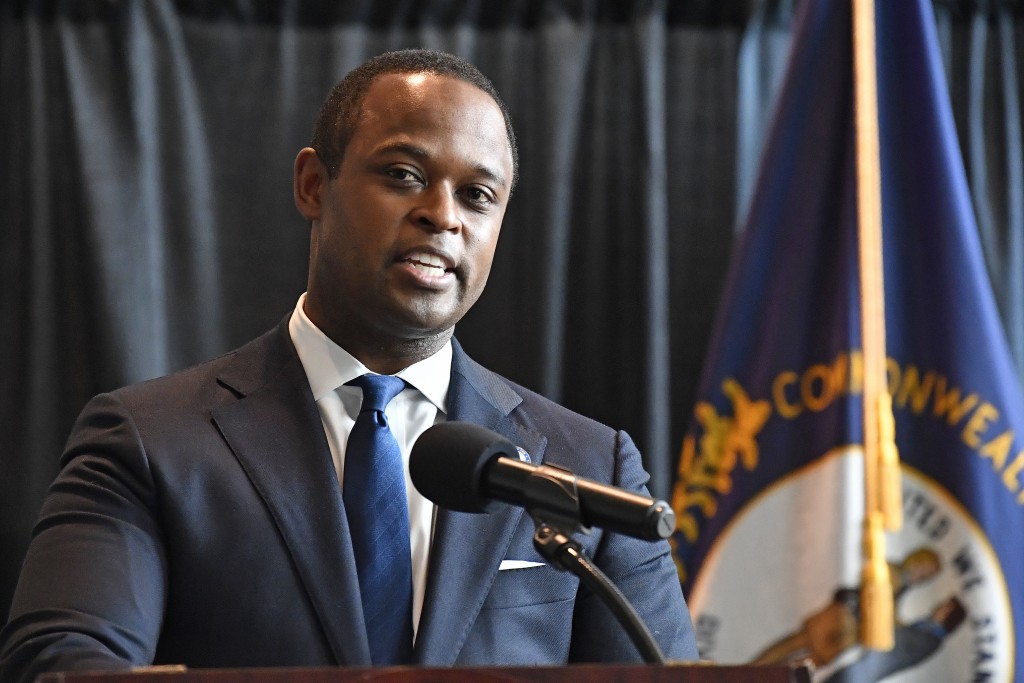 LOUISVILLE, Ky. (AP) — A second person who served on the Breonna Taylor grand jury is criticizing Kentucky's attorney general for the way the proceedings were conducted.

The anonymous statement released Thursday reiterated another grand juror's earlier publicized complaint that the panel was only able to consider endangerment charges against one officer for shooting into Taylor's neighbor's apartment.

The first grand juror, who has also remained anonymous, won a court fight this week to address the public about the secret proceedings.

The first grand juror said they wanted to consider other charges against the officers, but were told “there would be none because the prosecutors didn’t feel they could make them stick."

The jurors' statements contradict Kentucky Attorney General Daniel Cameron's assertion that the grand jury “agreed” the officers who shot Taylor were justified in returning fire after they were shot at by Taylor's boyfriend. The first grand juror said the panel “didn’t agree that certain actions were justified."

Cameron announced on Sept. 23 that none of the three officers who fired shots at Taylor's apartment were charged by the grand jury in her death. The 12-member panel charged one officer with wanton endangerment for shooting into a nearby apartment.

Taylor, a Black emergency medical technician, was shot multiple times on March 13 by officers serving a narcotics warrant. Her boyfriend, Kenneth Walker, said he fired his gun when officers entered because he thought an intruder was breaking in. No drugs or cash were found at Taylor's home.