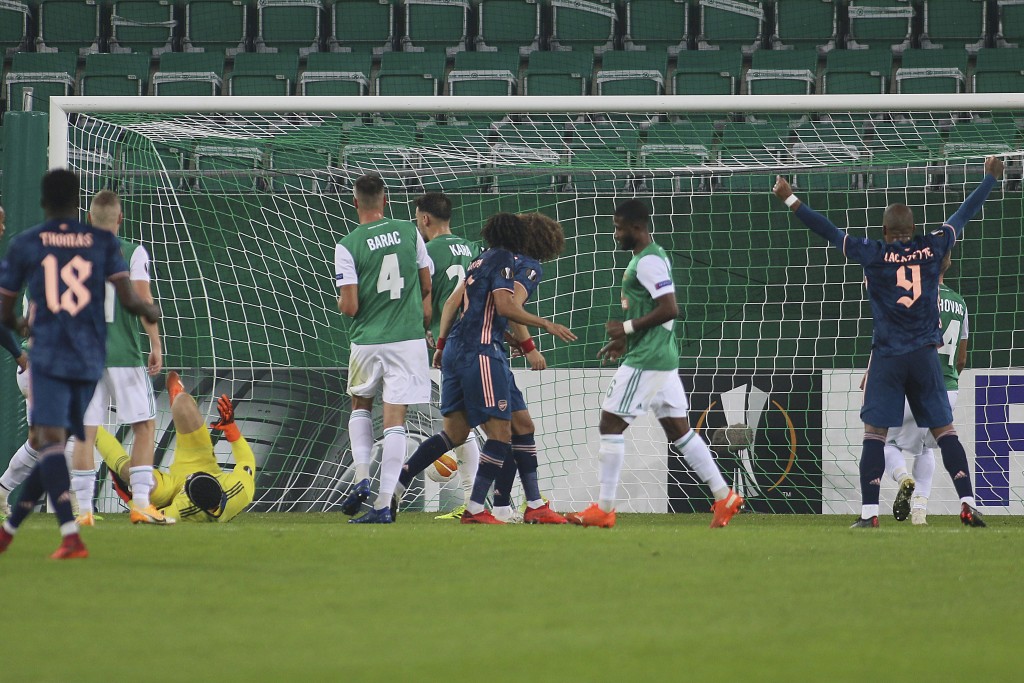 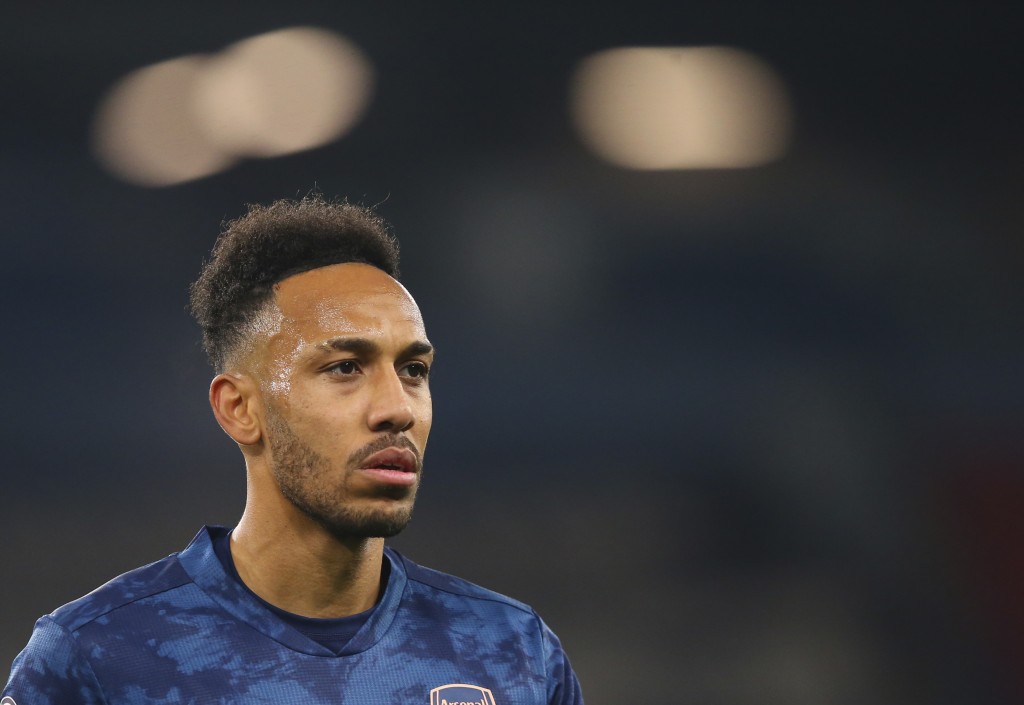 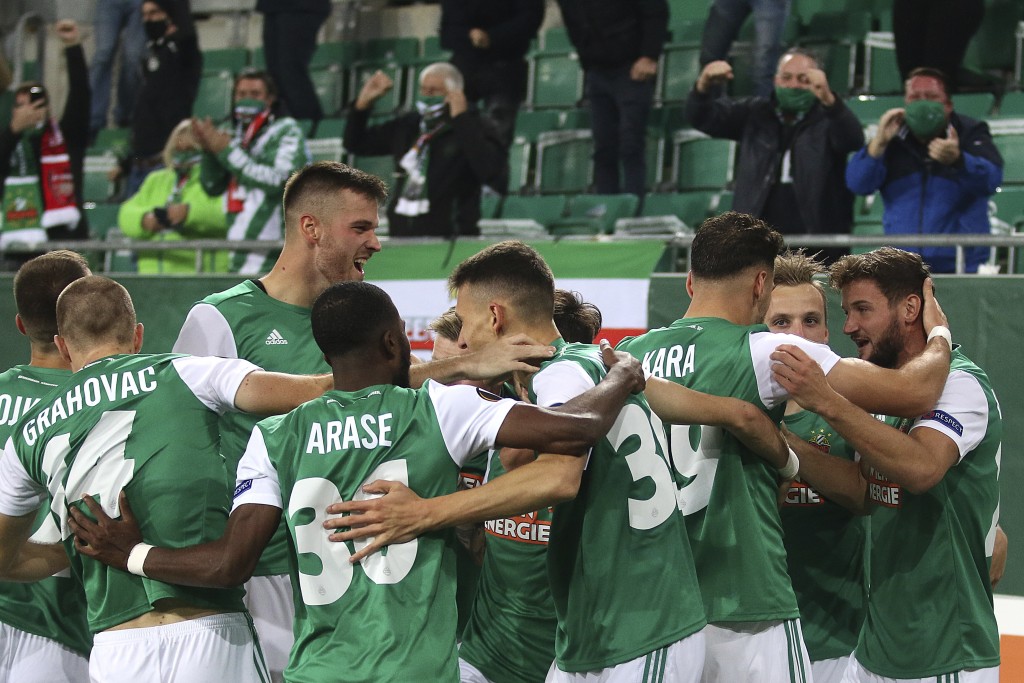 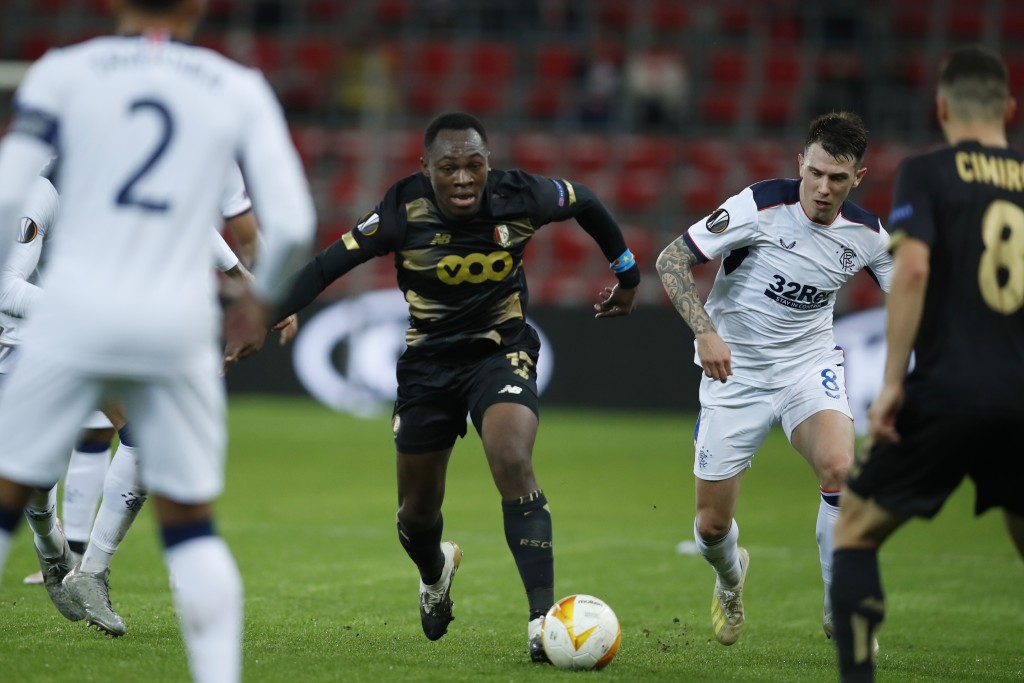 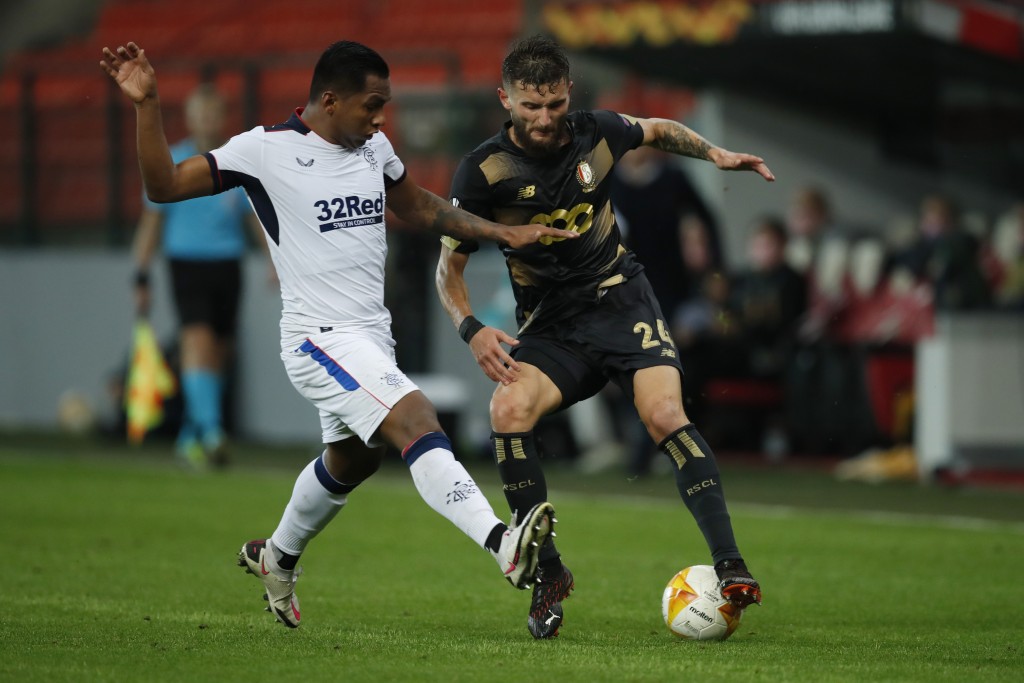 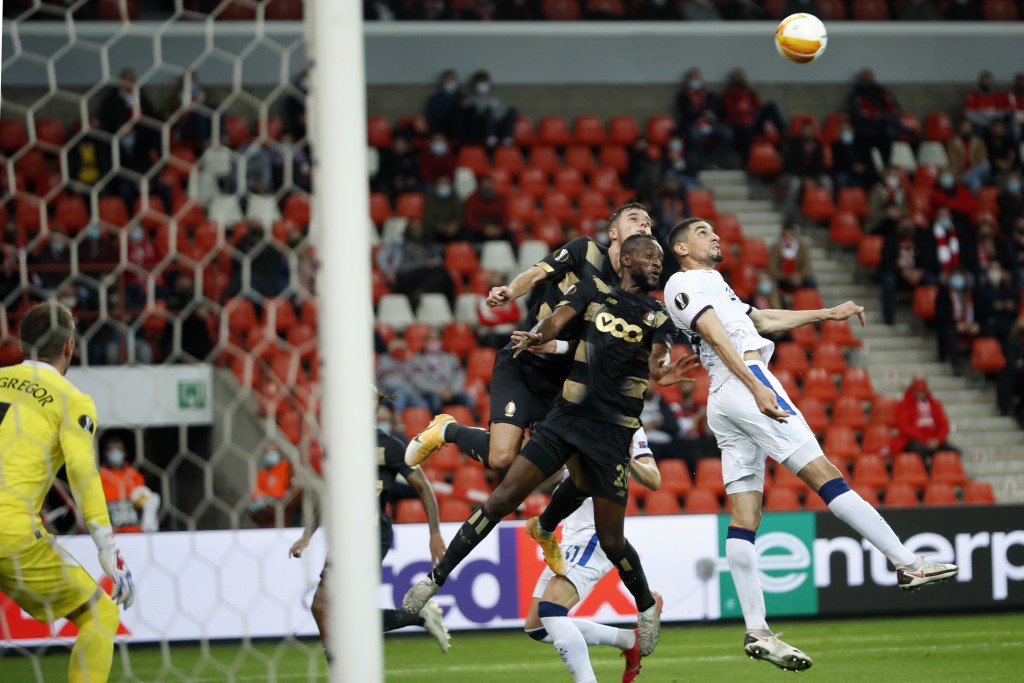 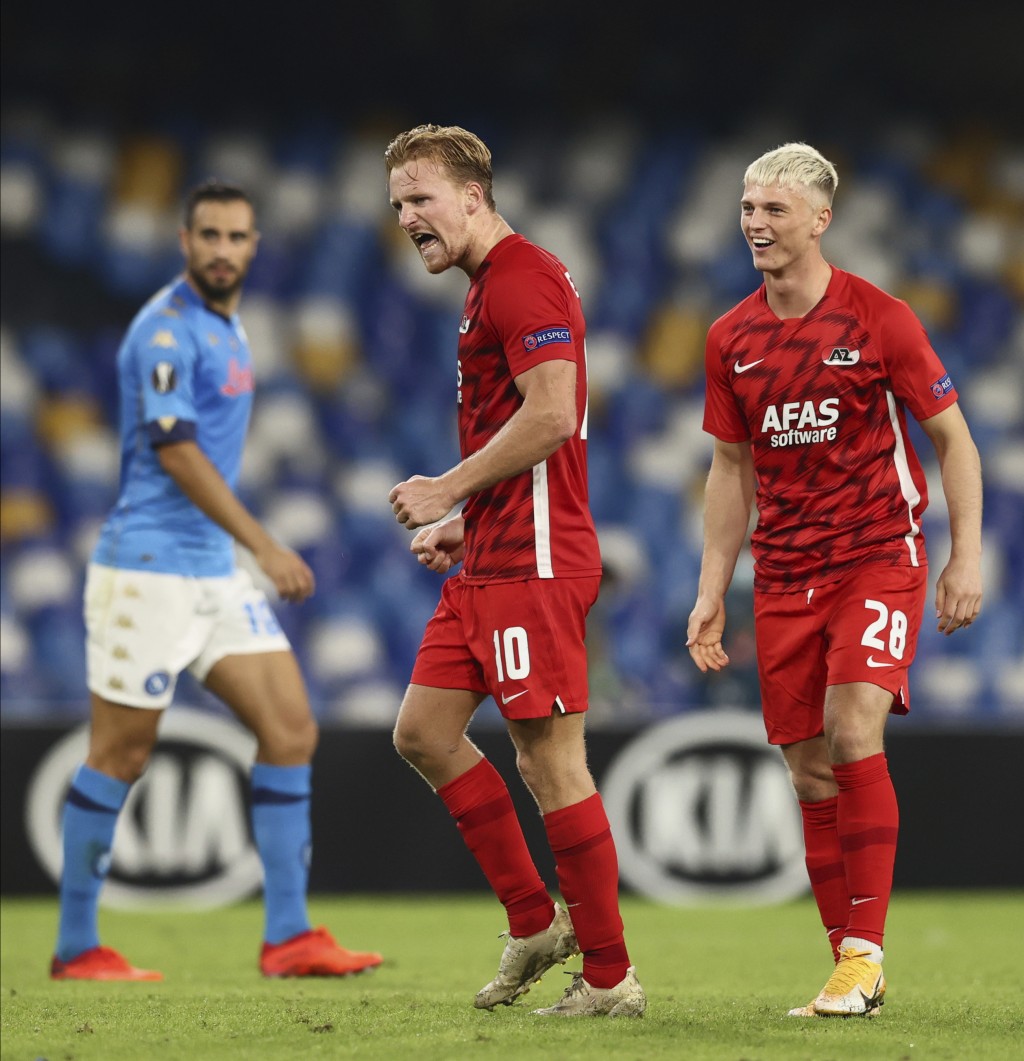 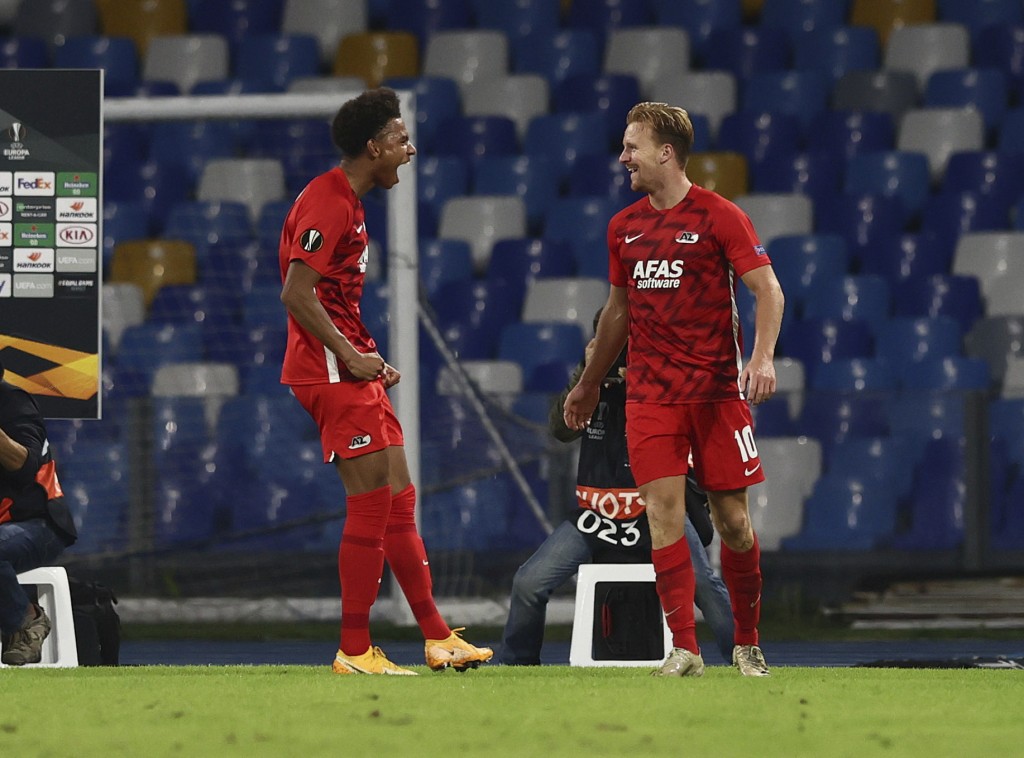 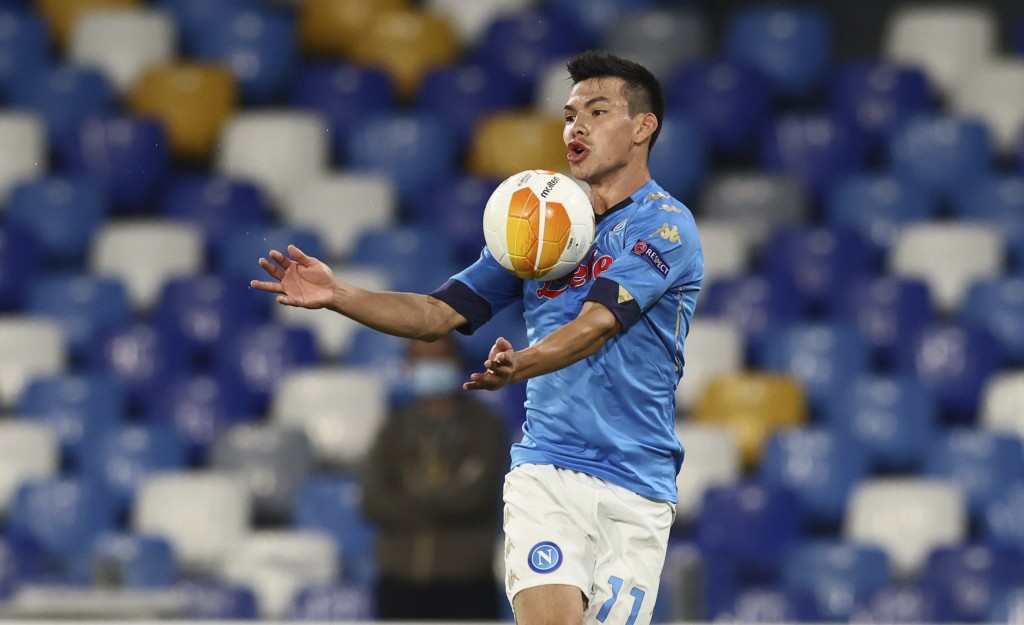 Arsenal opened its fourth straight Europa League campaign with a 2-1 come-from-behind win at Rapid Vienna on Thursday in an opening round of games affected by the coronavirus pandemic.

Star striker Pierre­ Emerick Aubameyang came off the bench to score the winning goal in the 74th for Arsenal, which won its group in its previous three campaigns in the second-tier European competition.

Roma also came from a goal down to win 2-1 at Young Boys, as did Granada to upset PSV Eindhoven away.

Rangers' Kemar Roofe scored the goal of the night in a 2-0 victory at Standard Liege, dribbling his way through three opponents inside his own half and then launching a shot from the halfway line that caught the goalkeeper off guard and looped into the net.

Arsenal went behind when goalkeeper Bernd Leno played a poor pass that fell to Rapid forward Taxiarchis Fountas, who slotted in a low shot from a tough angle in the 51st minute.

Arteta sent on Aubameyang and Héctor Bellerín in the 61st, and the substitutes helped spark the comeback.

After David Luiz headed in a free kick from Nicolas Pépé to level the score, Mohamed Elneny freed Bellerín down the right to cross for Aubameyang to complete the comeback from close range.

In the other Group B game, Molde also came from behind to win 2-1 at Dundalk.

AZ Alkmaar flew into Naples with 13 players sidelined with coronavirus infections. Napoli, meanwhile, was coming off a 4-1 win over high-scoring Atalanta 4-1 this past weekend. But the Dutch staved off the hosts' pressure before Dani de Wit scored the winner in the 57th. Real Sociedad won 1-0 at Rijeka the other Group F game.

With Roma resting striker Edin Džeko, Bruno Peres and Marash Kumbulla led the rally with the second-half goals for the Italian side.

Jean ­Pierre Nsame had given Young Boys the lead by converting a penalty kick in the 14th.

It was the first home loss for Young Boys to an Italian opponent in European competitions after beating Udinese, Napoli and Juventus.

In a game between teams from two countries whose domestic leagues have been interrupted due to high levels of coronavirus infections, Israel’s Hapoel Beer-Sheva beat Czech Republic’s Slavia Prague 3-1.

James Tavernier gave Celtic the lead from the penalty spot in the 19th before Roofe added his spectacular second goal in injury time. Benfica won 4-2 at Lech Poznan in the other Group D game.

In Group E, German forward Mario Götze put PSV ahead in first-half injury time before Jorge Molina and Darwin Machis scored for Granada in the second half. Omonoia drew with PAOK 1-1.