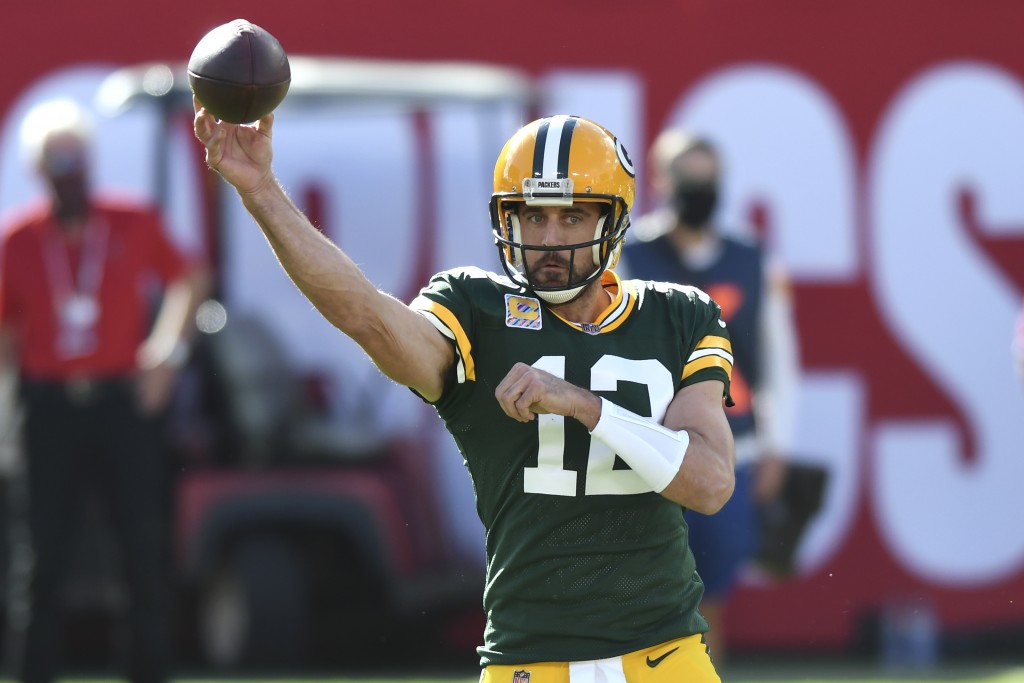 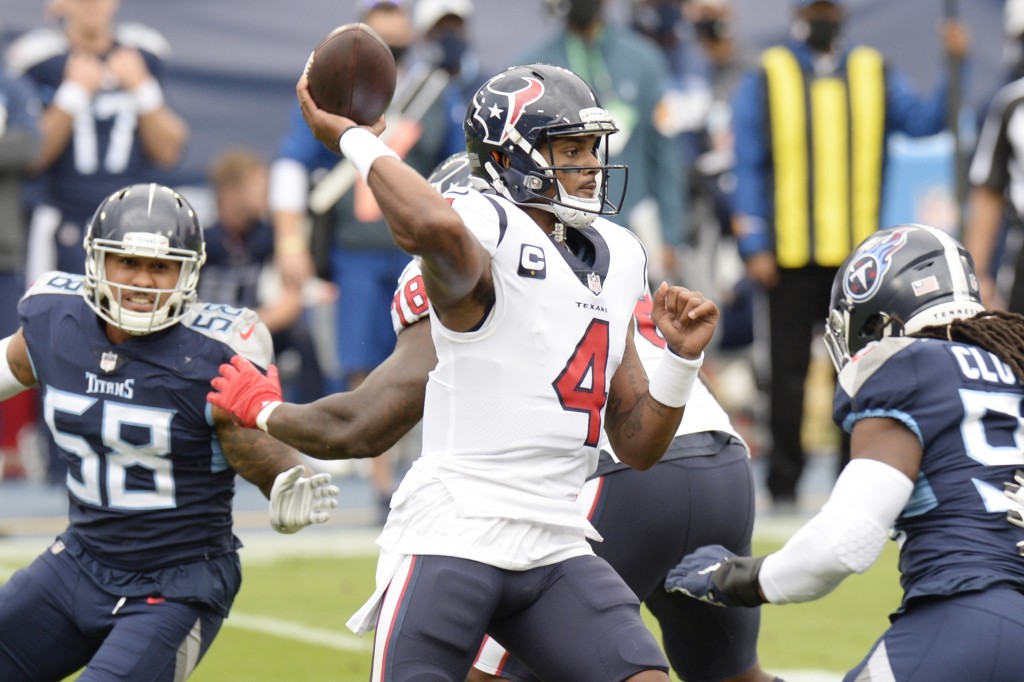 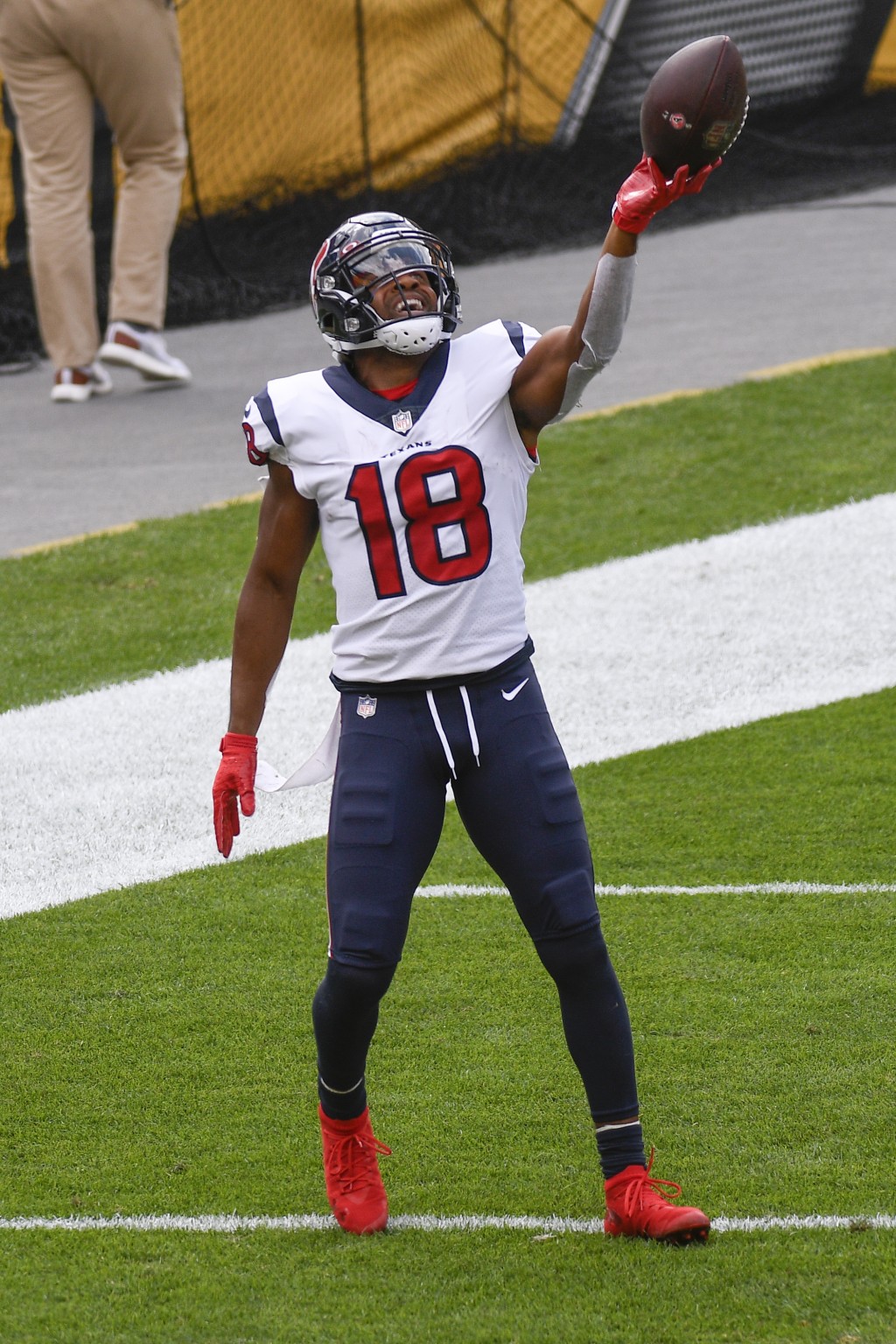 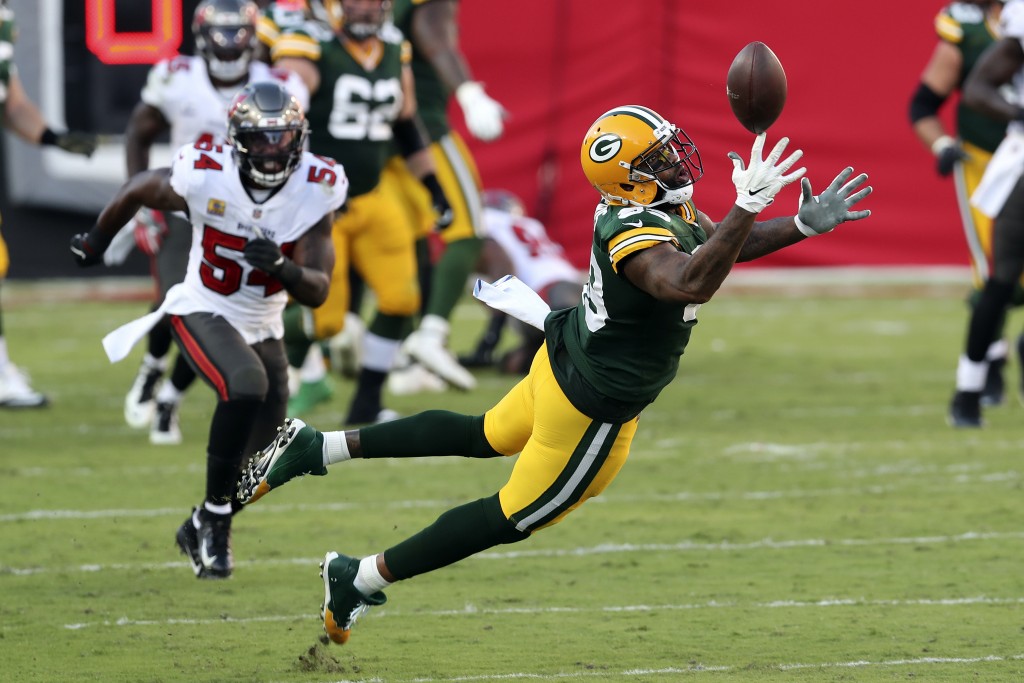 HOUSTON (AP) — Deshaun Watson has watched and admired Green Bay’s Aaron Rodgers since the Houston quarterback was in junior high.

And he knows what he and the Texans will have to do on Sunday to have a chance to beat the Packers in his first meeting against the veteran quarterback..

“We’re going to have to score a lot of points because that’s what he’s going to do,” Watson said.

The two quarterbacks enter this game in very different positions with the Packers (4-1) coming off their first loss, and the Texans (1-5) still searching for a second win in a dismal season that has already led to coach Bill O’Brien's firing.

After a great start to the season, Rodgers had his worst performance of the year in last week’s 38-10 loss to Tampa Bay. He threw two interceptions, including one that was returned for a touchdown, after not being picked off in the first four games. It was the first time he had more than one interception in a regular-season game since throwing three in December 2017 against Carolina.

Rodgers isn’t concerned that last week’s subpar performance will affect him going forward and knows he’ll bounce back against Houston.

“I prepare the same way every week,” he said. “I expect to play well every week, so nothing really changes.”

While Rodgers is focused on putting one tough game behind him, Watson aims to build on perhaps his best game of the season. The 25-year-old Watson threw for 335 yards and a season-high four touchdowns last week for his third straight 300-yard passing game.

He led two fourth-quarter TD drives to give Houston the lead with less than two minutes to play before the porous defense allowed the Titans to rally for the 42-36 overtime victory.

The Packers rank third in the NFL by averaging 32.4 points a game and Houston has scored at least 30 points in its past two games after a slow start.

The Packers will see a familiar face on Sunday in Houston receiver Randall Cobb. He signed with the Texans this season after playing in Dallas last year following an eight-year career in Green Bay. Cobb loved his time with the Packers and still thinks fondly of the team.

“Putting on the green and gold and running through the tunnel and knowing the players that’s come through that tunnel and the people that’s played on that field, it really is hallowed ground,” he said. “So, it’ll always be a special place to me.”

Cobb was a favorite receiver of Rodgers in his time with the Packers where he had 470 receptions for 5,524 yards and 41 touchdowns.

“He’s a security blanket-type receiver,” Rodgers said. “When you have a slot guy like that who can get open, that’s always a good matchup for you. And he did so many things for us. When he was healthy for us, he was a dynamic player.”

“I was in his wedding a few years ago,” Rodgers said. “I love his wife. Now they’ve got two kids. It’s incredible. Definitely miss him a lot. I always wish he was here.”

The Texans are searching for ways to improve their run defense after allowing a season-high 263 yards rushing last week. Houston ranks last in the NFL against the run by allowing 177.5 yards a game.

“I don’t think it’s anything groundbreaking besides playing in our gaps and tackling,” defensive end J.J. Watt said. “That’s it. I don’t think there’s any magic potion we need to sprinkle on it. We need to do our jobs and we need to tackle.”

Green Bay hasn’t forced a turnover in either of its past two games and has just three takeaways all season to match Dallas and Las Vegas for last in the league. Dallas has played one more game than Green Bay or Las Vegas.

Houston has only four takeaways this season and just one interception after Bradley Roby picked off Ryan Tannehill last week. The Packers have a league-low two turnovers, after the interceptions by Rodgers last week.

The Texans will host fans at approximately 20% of the NRG Stadium’s capacity on Sunday for the third straight game because of the coronavirus. Houston did not allow fans at its home opener against the Ravens on Sept. 20 before welcoming crowds of 12,102 and 12,413 in its past two home games. Team officials have said they will keep the number of fans allowed in the stadium below 13,000 until further notice.