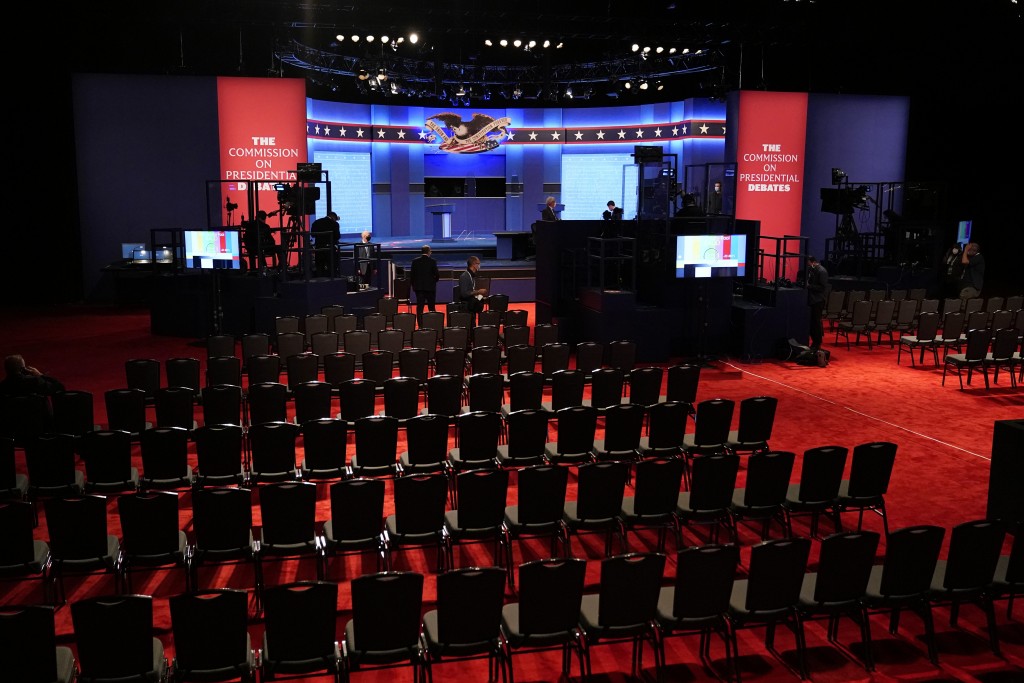 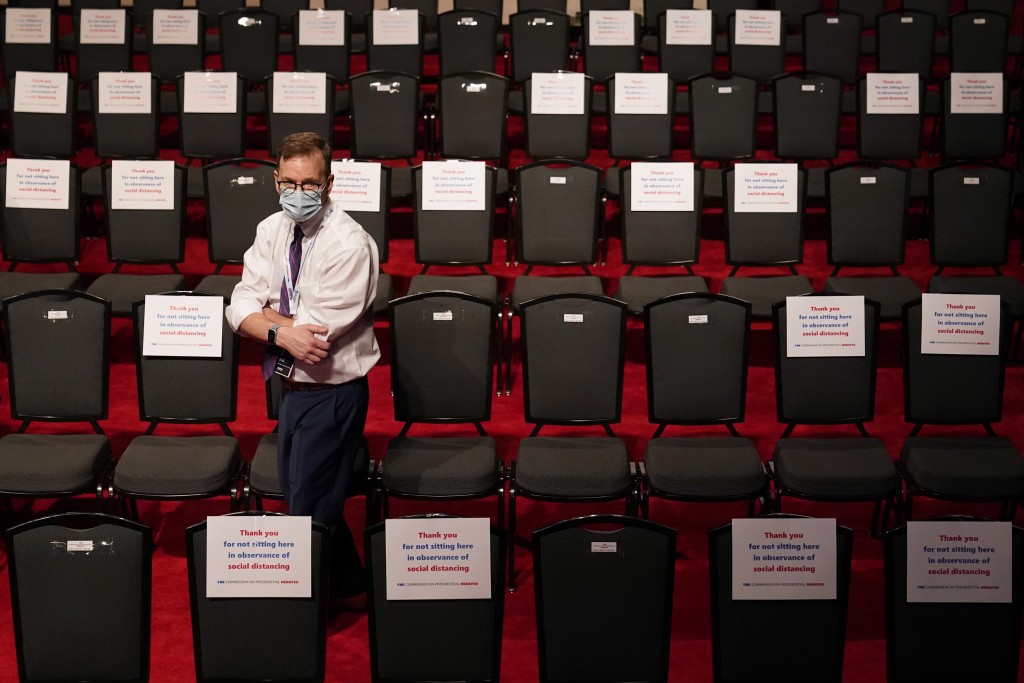 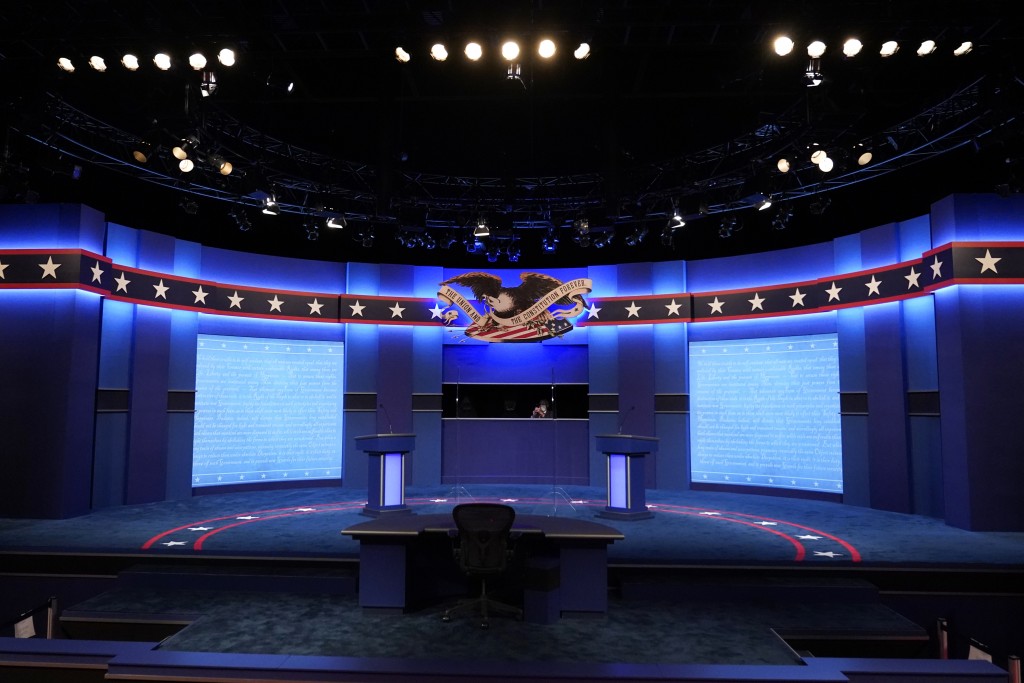 NASHVILLE, Tenn. (AP) — While millions of people will be watching on television, only around 200 will be allowed inside the massive college arena in Nashville where President Donald Trump and his Democratic challenger, Joe Biden, meet Thursday night for the final presidential debate of the 2020 election.

One of them will control a mute button.

A representative of the Commission on Presidential Debates — not the moderator — will ensure each candidate has two full minutes uninterrupted to deliver opening answers to six major topics, according to debate commission chair Frank Fahrenkopf. A member of the Trump and Biden campaigns is expected to monitor the person who controls the mute button backstage, Fahrenkopf said, noting that the button would not be used beyond the first four minutes of each topic.

The mute button is among a handful of changes implemented by the nonpartisan debate commission to help ensure a better sense of safety and order following the raucous opening debate 23 days ago. Trump was diagnosed with COVID-19 two days after that first meeting.

Trump and Biden will be separated on stage by a plexiglass barrier — despite objections from the Trump campaign. Additionally, any audience member who refuses to wear a mask will be removed, organizers report. Last month, several members of the Trump family removed their masks once seated in the debate hall.

The plexiglass alone is not enough to protect the candidates from the coronavirus, but the barrier combined with universal mask usage from the other people in the hall will help, said Fahrenkopf, acknowledging that the Trump campaign opposed the use of plexiglass for Thursday's event, just as they did ahead of last week's vice presidential debate.

“The Trump campaign's attitude was that the president was not contagious anymore, but we’re going to go with our medical advisers," he said.

The primetime affair is playing out inside a 90,000-square-foot (8,360-square-meter) arena at Belmont University, a picturesque institution of more than 8,200 students just a mile from Nashville's music row. The university also hosted a town hall-style debate between Democrat Barack Obama and Republican John McCain in 2008.

There will be a far smaller audience this time around.

The debate commission says that only around 200 people will be inside the arena, a mix of invited guests of the campaigns and the debate commission, students, the commission's production team, security, and health and safety personnel. Audience members will be seated in accordance with social distancing recommendations; several empty seats separated each person or small group.

All audience members and support staff were required to undergo coronavirus testing onsite within three days of the event. They wore colored wrist bands as evidence of their negative tests.

There were several layers of security protecting the attendees, but only a handful of protesters on campus beyond the security perimeter early in the day. One of them held a large white sign: “220,000 DEAD... Trump FAILED US.”