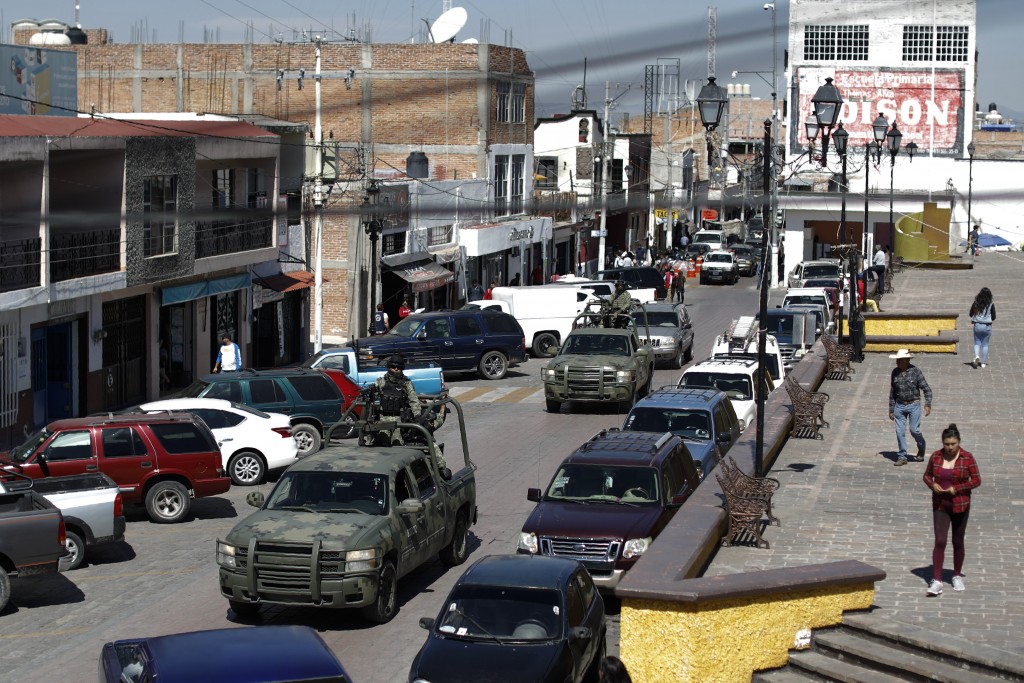 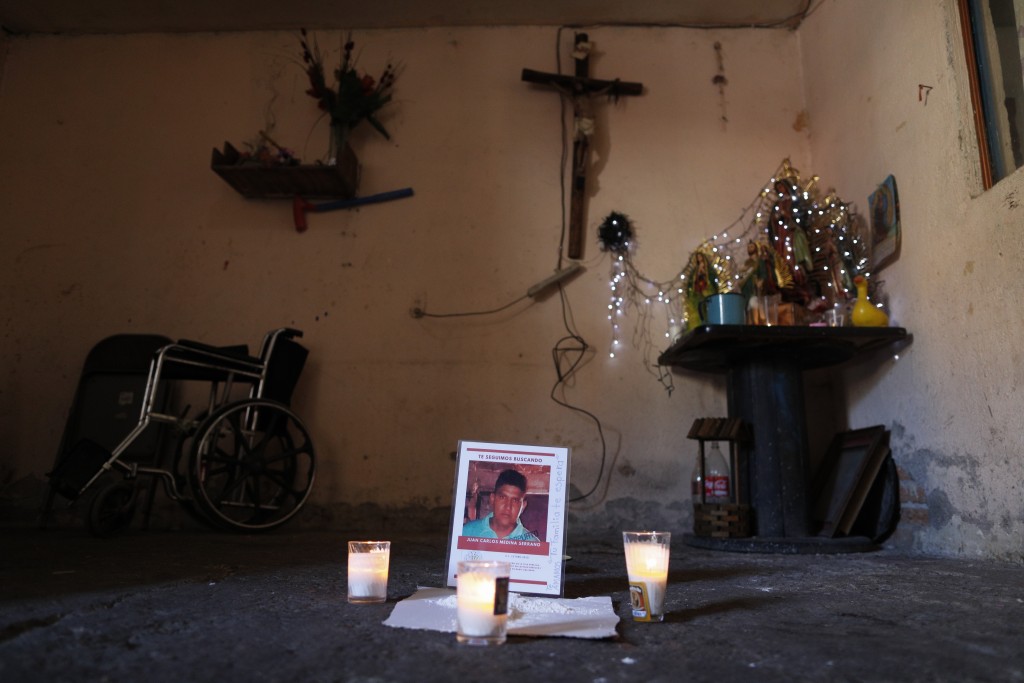 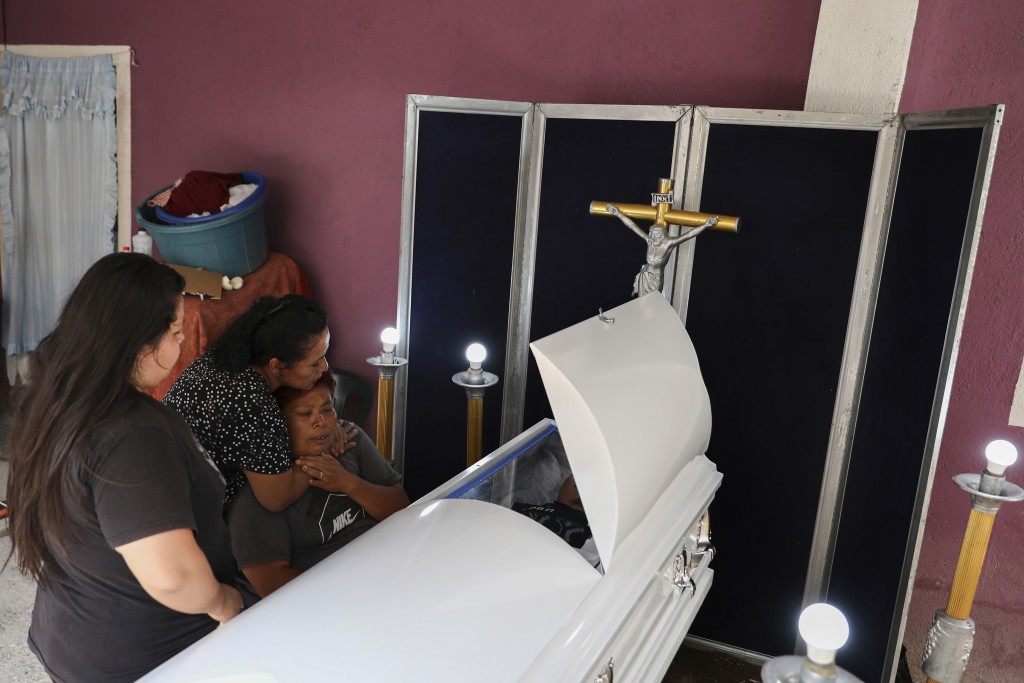 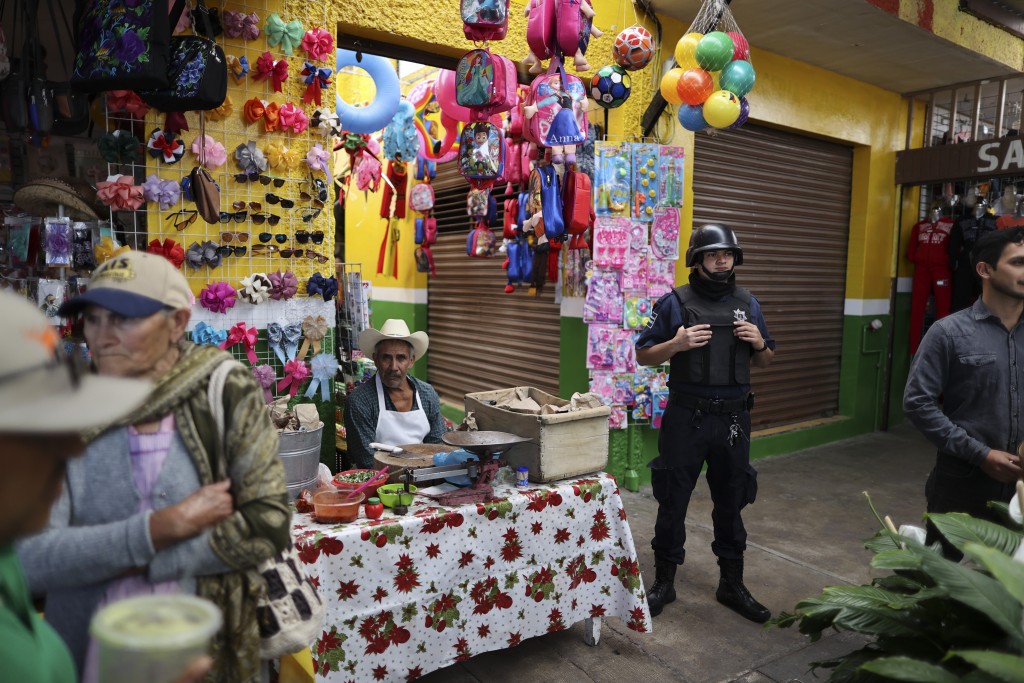 MEXICO CITY (AP) — The two most powerful drug cartels in the hemisphere are battling over the industrial and farming hub of central Mexico — a state that has attracted gangs for the same reason it has lured auto manufacturers: road and rail networks that lead straight to the U.S. border.

Guanajuato was long a relatively tranquil and well-heeled part of Mexico, a state famed for colonial tourist towns such as San Miguel de Allende, the annual Cervantes culture festival and sprawling factories building cars for the U.S. market.

It's now also wracked by violence.

Mexico's sixth most populous state saw over 3,400 homicides in the first nine months of this year, more than any other state in the country.

It has also suffered the deaths of more police officers in the line of duty than any other Mexican state.

Most of the bloodshed is due to a clash between the rising Jalisco New Generation Cartel based in a neighboring state and a local gang named for the town where it originated, Santa Rosa del Lima. The conflict has intensified since the local group, weakened by arrests of its leaders, allied itself with what has long been one of Mexico's most powerful cartels, Sinaloa, which had been alarmed by the Jalisco cartel's rise.

Much of the struggle is for control of the market for methamphetamines — both routes to the United States and locally, where the color of the meth or the markings on the package in an addict’s pocket may determine whether he lives or dies.

“It is a sure sentence of death” for a dealer to be caught with the wrong color of meth, said Guanajuato-based security analyst David Saucedo. “It is almost like a script ... the massacres of street dealers. They will attack funerals, where the (deceased) relative had some kind of links to another gang.”

It is unclear whether the distinct colors are a result of different production processes, or if the colors are intentional; it may be no coincidence that a recently arrested leader of the Santa Rosa gang is nicknamed “El Azul,” or “Blue.”

Both sides also mark the plasticine envelopes with their brands. Jalisco’s may say “CJNG,” the group’s initials, or “Grupo Elite,” or have a drawing of a skull with a bayonet and a pistol. Santa Rosa’s symbol is a triangle, with a skull and two sledgehammers, a reference to the nickname of another arrested leader.

Sophia Huett, the Guanajuato security commissioner, said those marking may matter most. “It is a brand concept based on the label, more than the color, which isn’t always present.”

The battle has come to resemble that of Prohibition-era Chicago, with gunmen shooting up homes or shops where rivals are doing business, either in drugs or other contraband.

“This type of massacre is at locations where drugs or stolen fuel is sold,” Saucedo said. “They will go into a store, a warehouse, a tire repair shop and kill everyone, destroy the location, toss in a hand grenade.”

The Santa Rosa de Lima gang expanded into drugs after a start robbing freight trains and stealing fuel from government pipelines — an activity that drew especially heavy attention from a government furious at the loss of revenue.

With police closing in on him in July, Santa Rosa cartel leader José Antonio Yépez Ortiz — known as “El Marro," or “Sledgehammer” — made a desperate plea for an alliance with the Sinaloa cartel to fend off the Jalisco group, currently Mexico’s fastest growing and most violent criminal organization.

Saucedo said the Sinaloa gang was reluctant to back Santa Rosa, whose leaders were seen as unsophisticated and untrustworthy gangsters. But "the arrest of El Marro led the Sinaloa cartel to intervene in Guanajuato, to prevent Jalisco from taking control.”

“We had had a war between two cartels, and unfortunately now a third cartel (Sinaloa) has entered the conflict.”

Huett, the state security commissioner, said Santa Rosa and other local gangs provide the larger outside group with "firepower, the manpower, even with experienced criminals, killers, in order to confront the Jalisco organization, to contain their expansion a bit.”

It also sends weapons and money — as well as its own operatives. She said 10 gunmen from Sinaloa were caught this month.

That would be true to Sinaloa’s playbook. In the early 2000s, Sinaloa fought the Juarez cartel for the lucrative border city of Ciudad Juárez by backing local gangs like the Artistas Asesinos and Mexicles against Juárez’s armed branches, La Linea and the Barrio Azteca. Those four gangs turned Ciudad Juárez into a killing field between 2008 and 2012.

In Guanajuato, the killings have reached similar proportions.

In July, cartel gunmen killed 26 people at an unregistered drug rehabilitation center in Guanajuato; the attackers shot every male at the rehab center, letting only the females go.

In late September, gunmen killed 11 people, including four women, at a bar in Jaral del Progreso. Five other people in that town died early this month in a shooting attack on a funeral.

The Jalisco cartel has taken to slicing up rival dealers and neatly arranging their severed limbs in a pile to support the severed head, sometimes with a surprised expression because the victims’ eyelids have been sliced off.