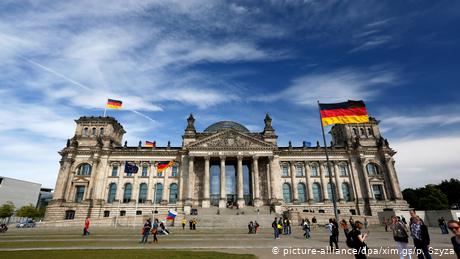 The European Union imposed sanctions on the head of Russia's military intelligence, Igor Kostyukov, and one other official on Thursday over a cyberattack that saw data stolen from Germany's parliament.

In a statement, the EU said that the two officials were responsible for a computer hacking attack on the Bundestag in 2015.

Russia has denied the accusations as a "hackneyed story" and said the EU lacked evidence to support the claim.

Brussels has imposed travel bans and asset freezes on Kostyukov and Dmitry Badin, a military intelligence officer. The EU says Badin was part of a team that initiated the hacks on the Bundestag.

"This cyberattack targeted the parliament's information system and affected its operation for several days. A significant amount of data was stolen and the email accounts of several MPs, as well as of Chancellor Angela Merkel, were affected,'' the statement said.

Many computers in German lawmakers' offices were infected with spyware, including computers in Merkel's office.

The hack prompted an entire overhaul of the German parliament's IT system.

Badin had already been identified by German authorities as the suspected orchestrator of the attack on the Bundestag.

An arrest warrant was issued against him by Germany's Federal Public Prosecutor General in May of this year. The FBI in the United States is also seeking Badin on suspicions of having influenced the country's presidential election of 2016.

The sanctions on Kostyukov, the head of the GRU military intelligence agency, follow similar asset freezes and travel bans imposed last week on officials close to President Vladimir Putin in response to the alleged poisoning of Kremlin critic Alexei Navalny. The Kemlin vowed to retaliate 'in kind' to those sanctions.