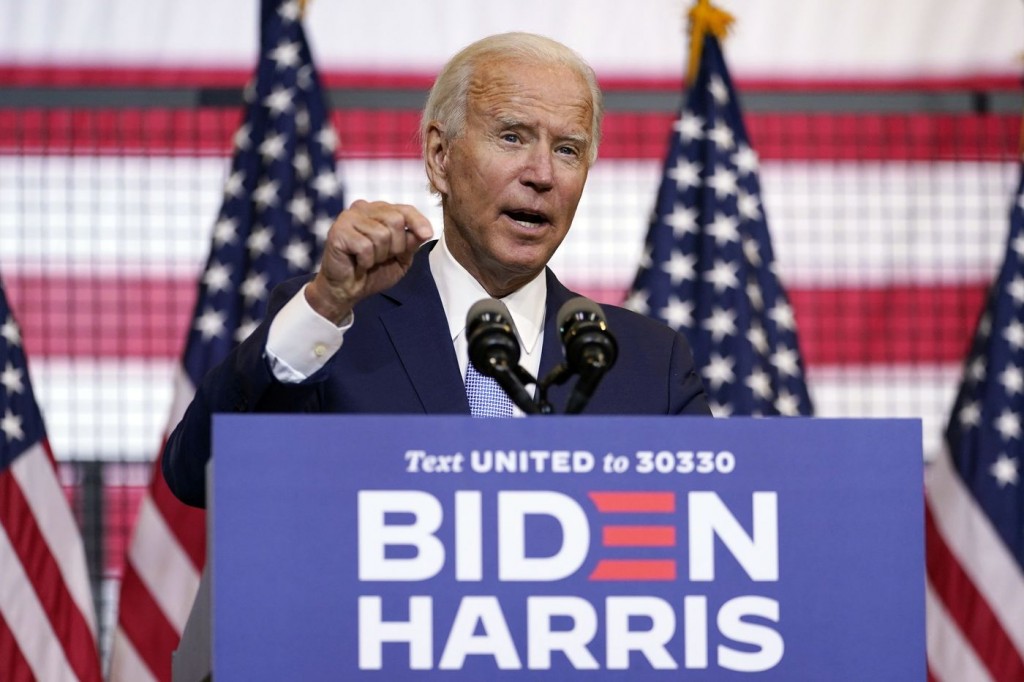 TAIPEI (Taiwan News) — With the U.S. presidential election less than two weeks away, Joe Biden is sending the message that he will be tough on China and seek to deepen ties with Taiwan.

In an op-ed published in the Chinese language World Journal, Biden wrote that as a Pacific power, the U.S. under his administration will join with friends and allies to "advance our shared prosperity, security, and values in the Asia-Pacific region." Biden then focused on Taiwan, by saying that U.S. policy in the region will include "deepening our ties with Taiwan," which he described as "a leading democracy, major economy, technology – and a shining example of how an open society can effectively contain COVID-19."

As for his approach to China, Biden stated that he will focus on "boosting American competitiveness, revitalizing our strengths at home, and renewing our alliances and leadership abroad." However, Biden said that the U.S. will still seek to collaborate with China "when it's in our interest," and he cited public health and climate change as examples.

An organization called "Taiwanese Americans for Biden," which is an affinity group for the Biden campaign, shared with Taiwan News a strong message about Biden's approach to China. The statement alleged that although "Trump talks tough on China," after nearly four years in the White House, "he has accomplished nothing."

The statement claimed that "When it mattered most, Trump praised China's leaders and sold out American workers." However, what Trump managed to gain in exchange was a "weak trade deal that China's government is failing to live up to."

The group condemned Trump for having "shamefully abandoned American values on the world stage" while he was "looking the other way" as Beijing cracked down on autonomy and freedom in Hong Kong and incarcerated more than one million ethnic minorities in internment camps in Xinjiang.

The organization claimed that Biden is aware and "clear-eyed" about the serious challenge China poses to the U.S. It then emphasized that Biden will stand up for and speak out on "democracy, human rights, and human dignity, including in Hong Kong and Xinjiang."

The statement asserted that Biden will "invest in our economic strength at home," while taking a multilateral approach with allies to "hold the Chinese government accountable for its trade abuses." The group concluded by stating that Biden will deter Chinese government aggression by putting America "back in a position of strength," while securing cooperation on issues that advance American interests.