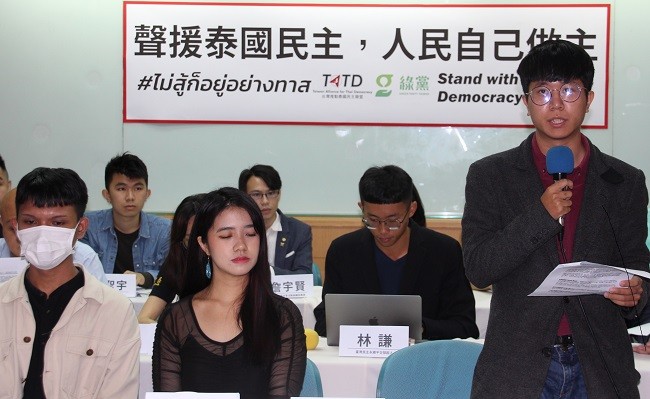 TAIPEI (Taiwan News) — Over a dozen NGOs, political advocacy groups, and student organizations came together in Taipei Thursday (Oct. 22) to raise awareness of the pro-democracy movement in Thailand as protesters there dig in and demonstrations are met with an increasingly brutal response from the government, which seized power in a 2014 coup.

Hosted by the Green Party Taiwan and the Taiwan Alliance for Thai Democracy (TATD), the press conference began at 9 a.m. at the National Taiwan University Alumni Hall in Taipei. During the event, representatives of some 15 civil society groups took turns expressing support for the protest movement, which despite intermittent lulls due to the pandemic has exploded since it started over the summer.

The TATD, which is comprised of Thai students in Taiwan, was represented at the event by Thachaporn Supparatanapinyo. According to her, Taiwanese were the first to express support for the protest movement, "not only from the people side but from the government side and political party side and NGO side as well."

She said she believed Taiwanese were so supportive because they have grown accustomed to standing up for democracy — both in their country and elsewhere, as seen during last year's anti-extradition bill protests in Hong Kong.

While the group is not making any demands to Taiwan's government, its members will continue using the space they have to drum up support for those back home being targeted by the state, Thachaporn stated.

Taiwanese student Lim Khiam (林謙) said his Taiwan Platform for Sustainable Democracy is focusing on democratic policy in Taiwan. It also supports upstart democratic movements formed by international students in the country; recently, it did so by obtaining a parade permit on the foreign students' behalf, as only citizens are legally allowed to register.

Lim pointed out that the Taiwanese government had backed the Hong Kong protesters because of the "China factor." However, due to Taiwan's New Southbound Policy and the fruits of its relationship with Thailand, a major investment destination and source of international students, it has hesitated to come out as strongly on the side of youth-led demonstrations in the kingdom.

Green Party Taiwan Secretary-General Taiwan Rita Jhang (張竹芩) told Taiwan News that Thai student activists had asked for her help in organizing a press conference after a demonstration on Sunday (Oct. 18) outside the Thai Trade and Economic Office in Taipei, where she assisted them with translation.

She said Taiwanese tend to be sympathetic with most of the Thai protesters' demands — which include the resignation of Prime Minister Praytuh Chano-cha and his Cabinet, new legislative elections, and a new constitution. However, having lived in a full democracy, she said Taiwanese struggle to understand the last one — reforming the institution of the monarchy instead of just eliminating it.

Nevertheless, she stated that like its affiliated Green Party counterparts around the world, Green Party Taiwan is fully behind all the demands. "Culturally, the monarchy is important to them — not only for their emotions and their national identity but also I think some of them believe a reformed monarchy can help democracy. They think it's integral to this entire process."

Jhang acknowledged that she and her colleagues risked putting themselves on the Thai government's radar by taking a public stand on the matter. The party recently learned through a Thai official that one of its members had been put on a Thai government watch list after participating in a related protest event in Taiwan.

That may complicate any plans they might have had to travel to the sunny tourist Mecca anytime soon. However, Jhang asserted that "The moment we enter this field of work, we already know the price that may come with the job." 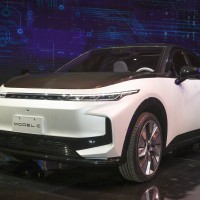