TAIPEI (Taiwan News) — A woman alleges that a foreign national assaulted her after she criticized him for letting his dog loose to chase feral cats at a park in New Taipei City early Wednesday morning (Oct. 21).

At 2:30 a.m. on Wednesday morning, a 38-year-old woman surnamed Chen (陳) was walking through Ren-ai Park in New Taipei City's Yonghe District, when she spotted a tall, muscular foreign man wearing a camouflage compression shirt, blue pants, and a baseball cap, according to her Facebook post. She said that he was walking a large black dog, which he soon unleashed to allow it to chase ferals cats.

She said that after the dog chased one cat up a tree, it immediately spotted another one and began pursuing it. Chen said she then admonished the man, saying, "Don't let your dog chase cats!" but that he did not take any action to control his pet.

She then tried to chase down the dog in an effort to restrain it. The man became agitated by her attempt to catch his dog and the two began to argue.

She alleges that the man suddenly punched her in the jaw, knocking her unconscious. Chen said that when she regained consciousness, she realized that she was lying on the ground and did not know why she had fallen.

Chen said that when she tried to sit up, she felt dizzy. She also noticed that she was bleeding from a gash on her face inflicted by the blow.

A couple who saw the incident told her to stay put and called for an ambulance. Meanwhile, the alleged assailant fled the scene with his dog.

The injury to Chen's jaw required three stitches. She added that her clothes were stained with her own blood.

The Yonghe Police Station said that after receiving the report on the incident, officers have begun reviewing surveillance cameras to track down the suspect. Police said that they will investigate the suspect for assault (傷害罪) and violations of the Animal Protection Act (動物保護法), and Social Order Maintenance Act (社會秩序維護法), reported SET News.

Chen has since updated her page to announce that officers from the Yonghe Police Station were able to track down the assailant. She said that she has appointed a lawyer to handle the legal action she plans to take against the man.

After reviewing surveillance camera footage, police have identified the suspect as a 38-year-old Canadian man who works in Taiwan as an English teacher and goes by the first name "Danny," reported UDN. While he was teaching a class in Taipei on Wednesday, police informed the man that he must report to the police station on Thursday (Oct. 22) to explain his actions and face an investigation for assault.

The victim confirmed with Taiwan News that the suspect had gone to the police station on Wednesday. She said that she has hired a lawyer who is managing her legal actions against the suspect. 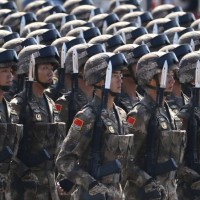