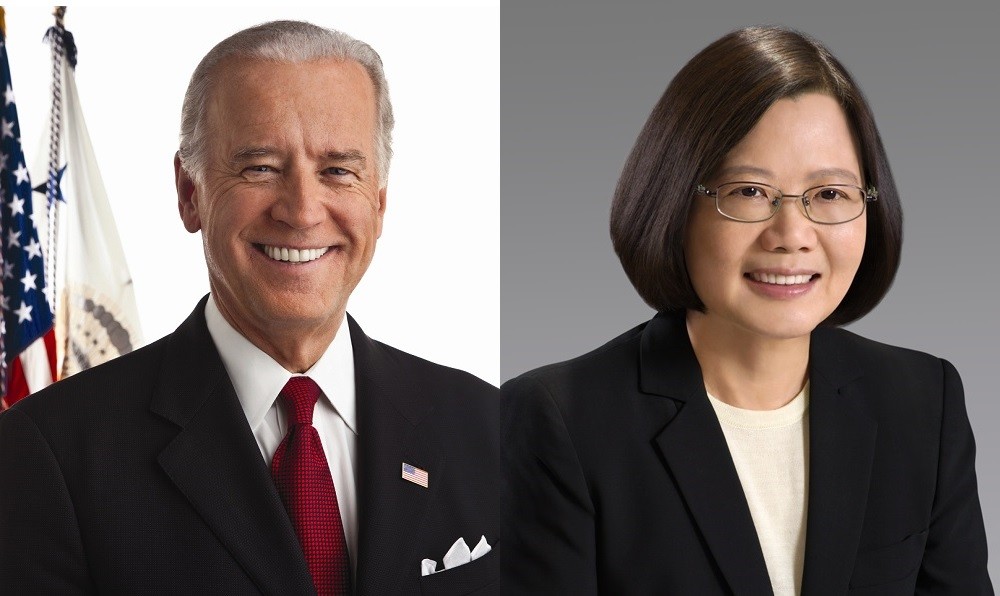 TAIPEI (Taiwan News) — As many voters with a connection to Taiwan are under the impression that the Trump administration has a more favorable policy towards the country, sources close to Joe Biden's campaign team have spoken to Taiwan News about the former vice president's Taiwan policy and explained why they believe he would be a better champion of the cause than his mercurial rival.

For the first time in the 2020 presidential race, a source close to the Biden campaign has allowed a media outlet to reveal some key points. The source, who spoke on the condition of anonymity, told Taiwan News that Biden has formulated very detailed policy strategies for East Asia, including Xinjiang, Hong Kong, China, Taiwan, and South Korea, among other countries and regions.

In the case of Taiwan, Biden pledges to continue to uphold American obligations under the Taiwan Relations Act, which he voted for as a senator in 1979. As promulgated in new legislation such as the TAIPEI Act, Biden will also continue to seek to aid Taiwan in resisting the Chinese Communist Party's (CCP) pressure tactics.

Dispelling rumors that Biden would balk at selling weapons to Taiwan, the source told Taiwan News that a key point of Biden's Taiwan doctrine would be the continuation of arms sales to help it defend itself from the People's Liberation Army (PLA). Beyond military cooperation, Biden also plans to enhance non-military ties between the U.S. and Taiwan.

Wenchi Yu, a fellow at Harvard Kennedy School's Ash Center and former Department of State official, provided some additional insights into Biden's vision for the U.S.-Taiwan relationship under his administration. Yu said that if elected, Biden's team will focus on developing policies that support democracy and reclaim American leadership in the world.

As part of this, Yu said Taiwan will be integral as a "great democratic story as the first democracy in Asia to stand up to China." She said that Taiwanese societal advances such as in LGBT rights and economic prosperity are important areas where the U.S.-Taiwan relationship can find synergy.

Yu emphasized that U.S. support for Taiwan will be as strong if not stronger under a Biden administration. Reassuring wary voters exposed to the negative media blitz in Taiwan about Biden, Yu said, "Don't worry about the U.S. helping Taiwan stand up to China. It's in the interest of the U.S. to do so."

She explained that the macroeconomic and geopolitical situation in the world has changed significantly, "so don't expect that the Biden administration would have the same approach as the Obama administration four years ago." She then reiterated that Biden will abide by the Taiwan Relations Act and that he is committed to maintaining security ties with Taiwan.

Given the vulnerability of critical supply chains that the coronavirus pandemic has exposed, Yu said the Biden administration will focus on securing them. She pointed out that Taiwan is a key player in the global semiconductor supply chain and that protecting the country from Chinese coercion is in the U.S.' strategic interest.

Yu then revealed that the Biden team is seriously considering a bilateral trade agreement between Taiwan and the U.S. However, in addition to bilateral agreements, which have been the hallmark of Trump's foreign trade agenda, Yu said Biden would take a multilateral approach to address issues.

In the case of Taiwan, she said that the Biden administration would work with like-minded allies to "give Taiwan more space." She claimed that Biden would bring in Europe and other traditional allies to build an alliance that would support Taiwan.

Yu pointed out that Trump's "go it alone approach" to foreign policy has done little to improve Taiwan's standing in the international arena. She argued that by taking a multilateral approach with allies, the case for Taiwan's participation in international organizations would be stronger.

Multilateral economic cooperation, for example, would create more space for Taiwan as a separate entity from China, Yu reasoned. When asked what areas of non-military cooperation the U.S. could engage in with Taiwan, she listed gender equality, LGBT issues, human rights, economic development, and public health.

She said Biden recognizes Taiwan's exceptional handling of the coronavirus pandemic and that this is one realm where the country can provide valuable expertise to the U.S. Yu stated that the U.S. can facilitate the sharing of the island country's expertise on pandemic prevention, public health, and other areas to the world.

She said Biden would continue to honor the bipartisan legislative acts passed in support of Taiwan in recent years but that the tactics for implementing these directives would change with the administration. Yu posited that a multilateral approach would open up more international opportunities for Taiwan.

When asked if trips to Taiwan by high-level U.S. officials would continue, Yu said that the Obama administration set the precedent of sending Cabinet-level officials to Taiwan with a visit by Environmental Protection Agency Administrator Gina McCarthy in 2014. Yu stated that the Biden administration would honor this precedent and continue to arrange for visits by senior officials "based on issues and interests."

Regarding Trump's perceived tough stance with Beijing, Yu said that the U.S. and China have come to a point where certain challenges have to be addressed. She contended that if Hillary Clinton had won the 2016 election, her administration would also have been stronger and tougher on China than her predecessor because "that was where the two countries were headed."

She argued that Trump just happened to be in office when inherent conflicts between the two countries came to head: "That's the natural trend." Yu said that a future Biden administration will stand up to China and that Taiwanese can have faith in him because he "won't sell out American interests."

Yu closed by explaining why both Americans and the world need a stable, reliable U.S.:

"The U.S. needs to have a real leader. Our biggest problem is that we don't have a leader who can represent the U.S. The county is so desperately in need of a leader who is normal, stable, and predictable. This will be good for the U.S. and good for Taiwan."