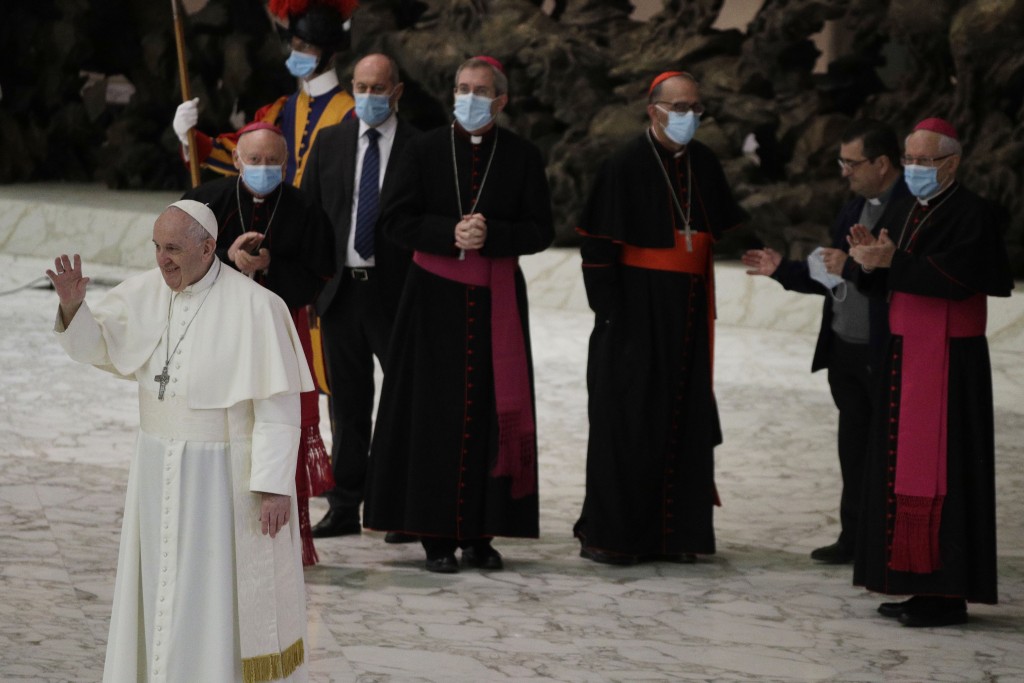 ROME (AP) — Pope Francis endorsed same-sex civil unions for the first time as pope while being interviewed for the feature-length documentary “Francesco,” which had its premiere at the Rome Film Festival on Wednesday.

The papal thumbs up came midway through the film that delves into issues he cares about most, including the environment, poverty, migration, racial and income inequality, and the people most affected by discrimination.

“Homosexual people have the right to be in a family. They are children of God,” Francis said in one of his sit-down interviews for the film. “What we have to have is a civil union law; that way they are legally covered.”

While serving as archbishop of Buenos Aires, Francis endorsed civil unions for gay couples as an alternative to same-sex marriages. However, he had never come out publicly in favor of civil unions as pope.

Director Evgeny Afineevsky had remarkable access to cardinals, the Vatican television archives and the pope himself. He said he negotiated his way in through persistence, and deliveries of Argentine mate tea and Alfajores cookies that he got to the pope via some well-connected Argentines in Rome.