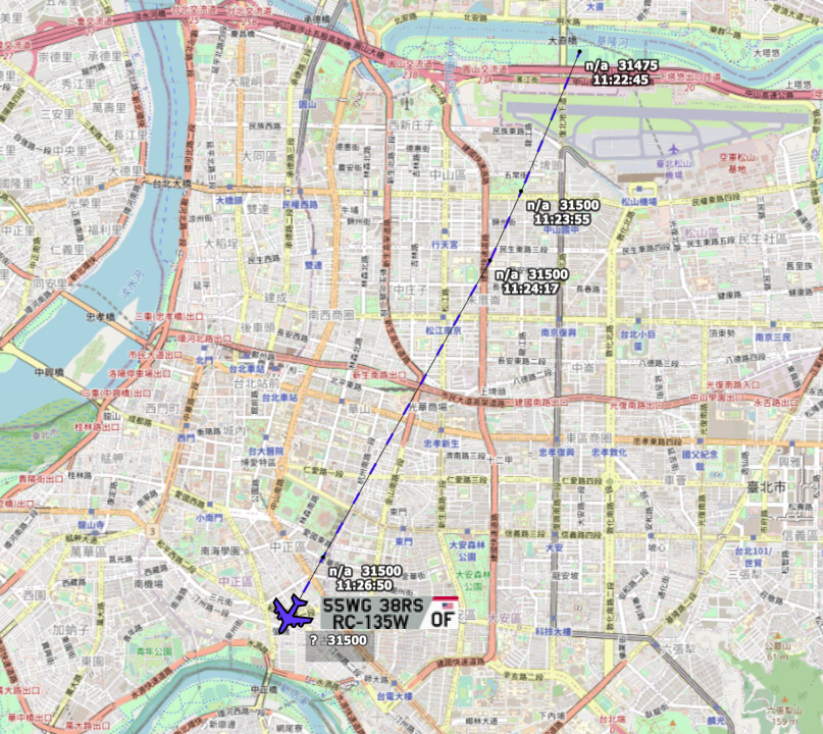 Earlier in the day, the Twitter accounts Golf9 and Tokyo Radar reported that a USAF RC-135W Rivet Joint electronic surveillance aircraft had flown through Taipei’s airspace, the China Times reported.

According to the tweets, the plane flew at an altitude of 9601 meters on a course above Taipei Songshan Airport southwest over the Chiang Kai-shek Memorial Hall, not so far from the Presidential Office Building.

However, experts said the reports were based on erroneous settings by inexperienced aviation enthusiasts. In fact, the capital’s airspace is off-limits to most military aircraft. Special permission is required even for flights by Taiwan’s own Air Force.

The authorities went on to describe the tweets as “fake news,” comparable to earlier reports about U.S. warplanes flying over Taiwan’s central mountain range or taking off from Pingtung County.