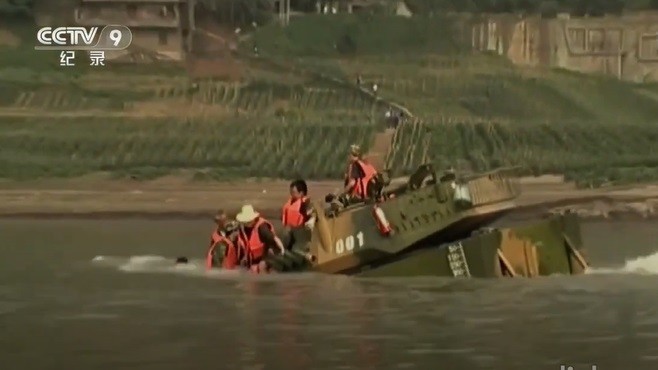 TAIPEI (Taiwan News) — American researcher Ian Easton has debunked fears of a Chinese invasion of Taiwan during the U.S. presidential election by pointing out that the window for such a move has closed in the treacherous Taiwan Strait.

In response to what he described as "CCP propaganda courtesy of Alibaba's newspaper" (the South China Morning Post), which painted a picture of Chinese forces building up for an imminent invasion of Taiwan, Easton on Tuesday (Oct. 20) tweeted screenshots from his book "The Chinese Invasion Threat" showing that the optimal weather conditions for an amphibious assault have already ended for the year. In his post, he wrote that the People's Liberation Army (PLA) "cannot actually invade Taiwan until next March at the earliest."

Easton, who is a fellow at the Project 2049 Institute, added that "The worst they could possibly do till then is bomb, blockade, sabotage." However, his book describes the Taiwan Strait in October as having "High winds/waves later in the month" but overall "Good suitability" for an amphibious assault.

When asked by Taiwan News why China would not launch an invasion by sea this month, Easton explained that the PLA would have first had to start "hitting Taiwan with missile strikes, crippling cyberattacks, and naval blockades" back in September to "soften the country up."

He said that if such bombardments had gone well for the Chinese side, they would have started amphibious operations in early October, given the optimal conditions. Easton pointed out that this has "happily" not occurred and that there are no obvious mass troop mobilizations on either side of the Strait.

Easton said that because navigation conditions in the Taiwan Strait will soon begin deteriorating, it will be "nearly impossible to invade Taiwan for months to come." He did not, however, rule out "smaller acts of aggression," saying these are "still possible and should be expected."

When asked if it was possible that the PLA might try to seize outer islands such as the Dongsha Islands, Taiping, Matsu, or Kinmen, especially in the event of a contested election in the U.S., he said: "That is all possible."

Taiwan would start to see indications a minimum of 90 days in advance of an invasion. For 60 days, it could be ambiguous, but in the 30 days before the war started, it would become clearer with every passing hour that China's intention was to do a minimal-warning invasion, said Easton.

Once the Chinese start marshaling their amphibious brigades across from Taiwan and loading them onto ships, Taiwan can at any moment launch its cruise missiles toward those port facilities and amphibious staging areas and keep hitting them as they move across the strait. Taiwan's arsenal of weapons aside, any would-be armada of People's Liberation Army Navy (PLAN) invasion ships would have to contend with the strip of water and its gales, high winds, powerful waves, heavy fog, pounding rain, strong currents, and typhoons between late October and April.

CCP Propaganda courtesy of Alibaba’s Newspaper notwithstanding, China cannot actually invade Taiwan until next March at the earliest. The worst they could possibly do till then is bomb, blockade, sabotage. Obviously this is very cold comfort. pic.twitter.com/v7XoKqZlYc