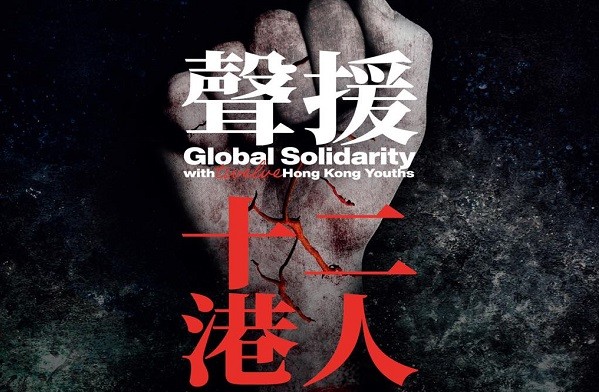 TAIPEI (Taiwan News) — A rally will be held in Taipei on Sunday (Oct. 25) to show solidarity with 12 Hong Kong pro-democracy activists being held in China for trying to flee to Taiwan.

On Sunday, the political group Save 12 HK Youths (12港人關注組) will be holding a demonstration to support the 12 Hong Kong activists who have been imprisoned in China since attempting to flee by boat to Taiwan in August. The event, titled Global Solidarity with Twelve Hong Kong Youths, will take place at SOGO Square outside Zhongxiao Fuxing MRT station.

While trying to flee to Taiwan by speed boat on Aug. 23, the 12 activists were arrested by China's Coast Guard and are being detained in Shenzhen's Yantian District. Two are suspected by Chinese authorities of organizing an illegal border crossing, while the other 10 are suspected of entering China's waters illegally. All 12 are being held incommunicado as they await prosecution.

During the 59 days since their arrest, Yantian Public Security Bureau officials have refused to answer phone calls from the families of the detainees, according to the Hong Kong Outlanders (香港邊城青年). In addition, the group says that the Chinese authorities have refused to allow lawyers entrusted by the families to visit the imprisoned Hongkongers.

According to Save 12 HK Youths, the treatment of the 12 is an example of China's new "hostage diplomacy" policy in which "citizens of non-Chinese jurisdictions are detained for the purpose of political leverage." The group suspects that the 12 are subject to torture and inhumane conditions, including the denial of medication, and that they could be coerced into making false confessions.

The group demands that the Chinese government immediately release the 12 Hong Kong youths to Hong Kong. It also calls on the communist regime to "Grant and protect the fundamental rights of political prisoners, including the right to freely choose their legal representatives, the right to proper medical treatment, and the right to be in contact with and be contacted by the outside world."

The organizers of the event also called on governments across the globe to directly express to Beijing their concern for the 12 detainees and urge their immediate release. The group vowed that "Hongkongers will continue our struggle for democracy and liberty until the day when Hong Kong is truly free." 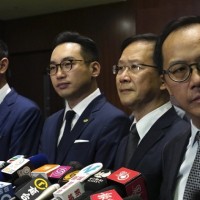