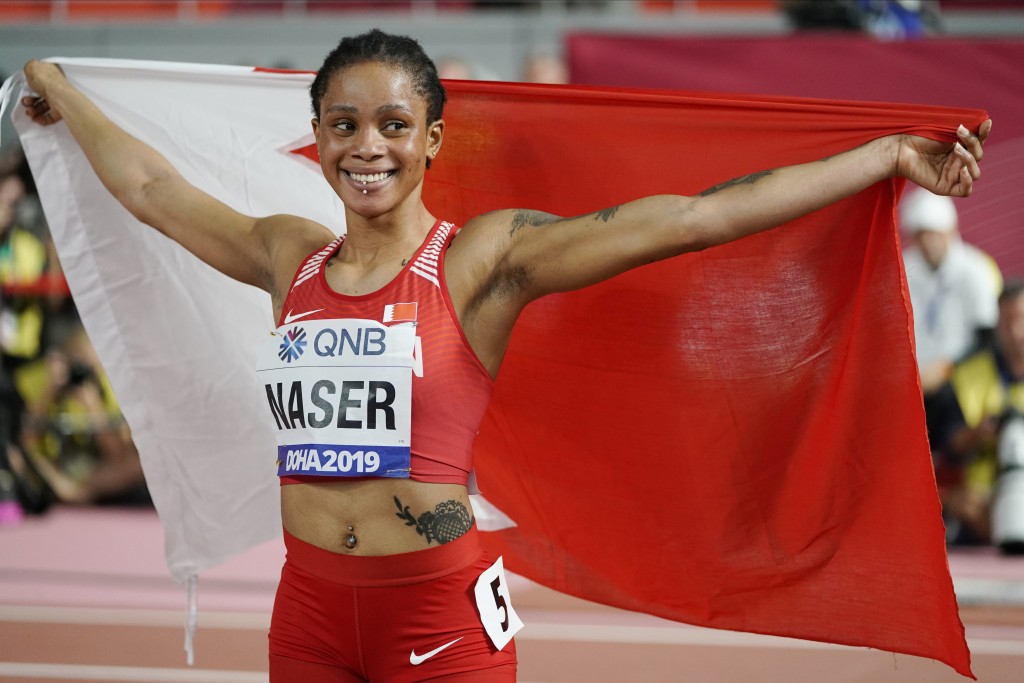 The women’s 400-meter world champion has avoided being banned for a doping rule violation on a technicality, according to a ruling published Tuesday.

The Athletics Integrity Unit said the charges against Bahraini runner Salwa Eid Naser for missed tests and filing failures were dismissed by an independent tribunal.

Naser, who was born in Nigeria but competes for Bahrain, will keep her title and has been cleared to compete at next year's Tokyo Olympics. The 22-year-old Naser ran the fastest women’s 400 since 1985 to win the world title last year in Doha, Qatar.

The same technicality — counting back the date of a rule violation to take effect from the start of a three-month period — also allowed American sprinter Christian Coleman to avoid a ban and win the men’s 100-meter world title last year.

Both Naser and Coleman were charged by the AIU for at least three “whereabouts failures" within a 12-month period, which can lead to a two-year ban.

Athletes must give updates on a World Anti-Doping Agency online platform where they can be found for no-notice testing outside of competition. A violation means an athlete gave wrong information or was not where they said they would be when sample collectors arrived.

As in Coleman’s case, Naser’s three proven whereabouts failures happened within a 12-month calendar period but were spread out over more than one year.

Although Naser failed to file accurate information to give a sample on March 16, 2019, it technically counted as happening at the start of the quarter on Jan. 1, 2019. Her proven missed tests were on March 12, 2019, and Jan. 24, 2020 — making the combined time span longer than one year.

The ruling on Naser also swung on a fourth possible violation for an early-morning sample that could not be taken on April 12, 2019, at her apartment in Riffa, Bahrain.

A doping control official was unable to find her between 6-7 a.m. because of a sequence of events that “would have been comical were the consequences not so serious,” the ruling said.

The official was first given the wrong address, and then found the correct building but it had confusing door numbers. The official also did not have a current phone number provided by the athlete.

The judges did not accept the AIU lawyer’s argument that the episode should count as a missed test.

Naser denied wrongdoing in June when the AIU investigation was revealed and said missed tests could happy to any athlete.

The AIU said it “has the right to appeal the decision at the Court of Arbitration for Sport (CAS) within 30 days and will consider the reasons for decision before determining whether to appeal.”