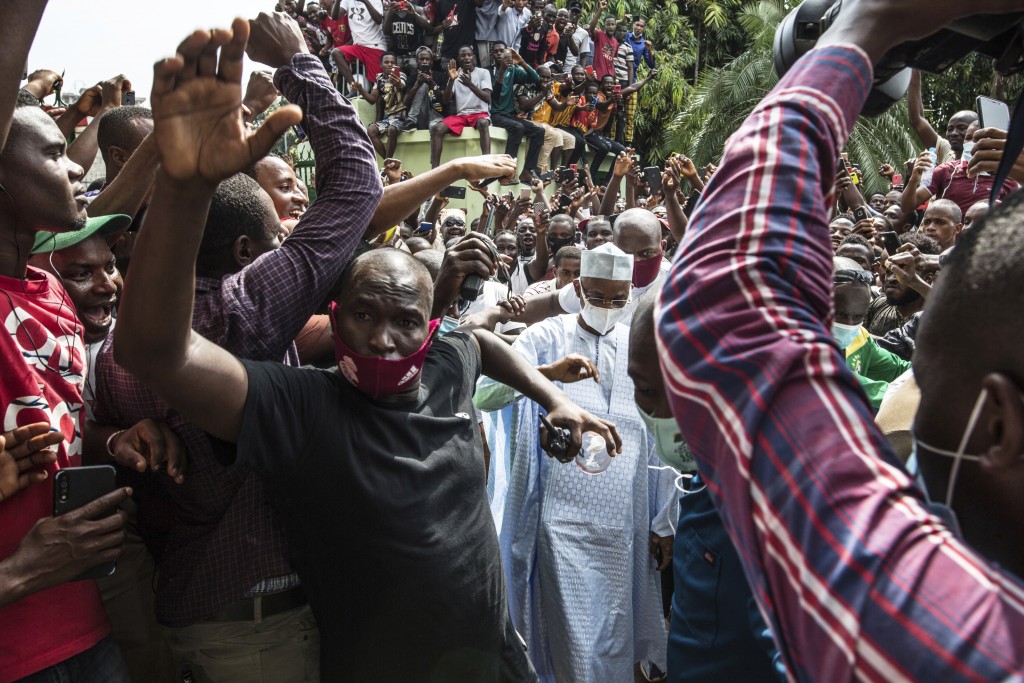 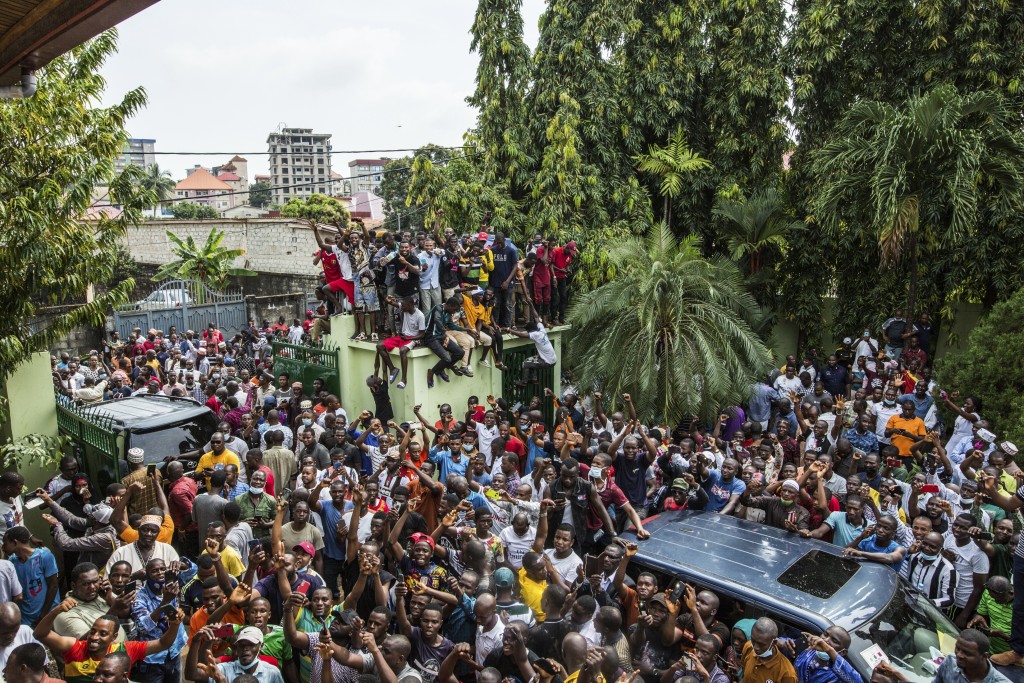 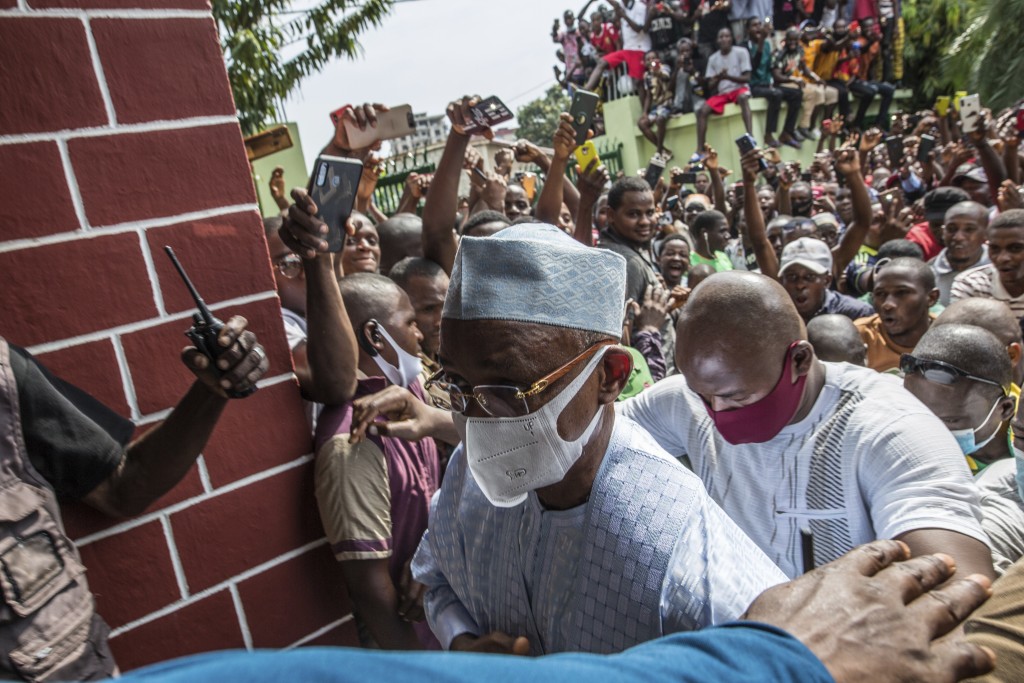 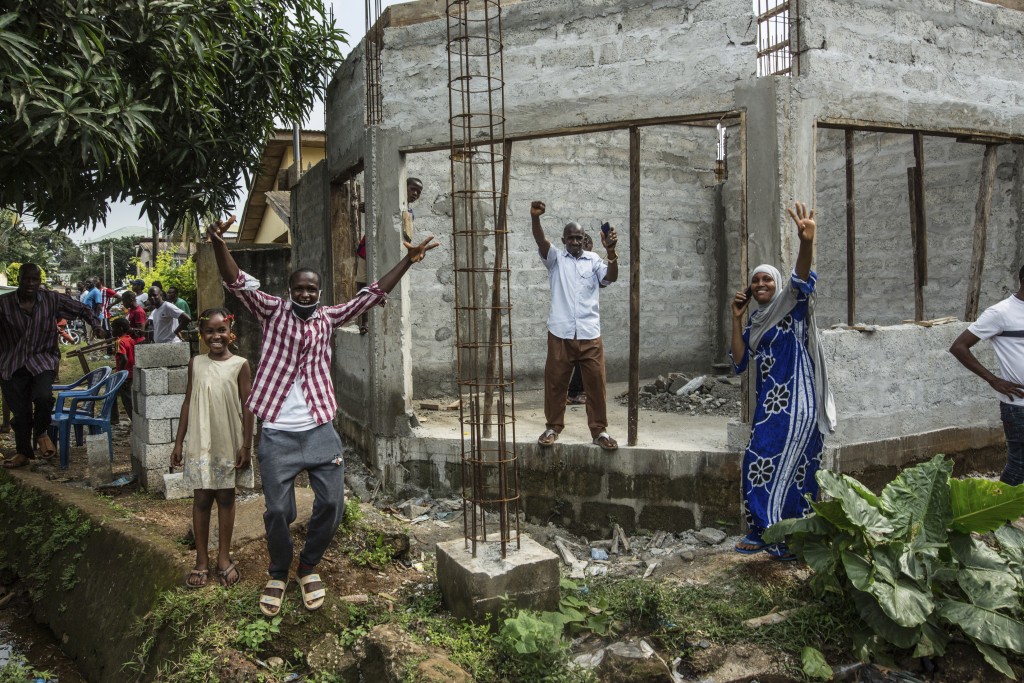 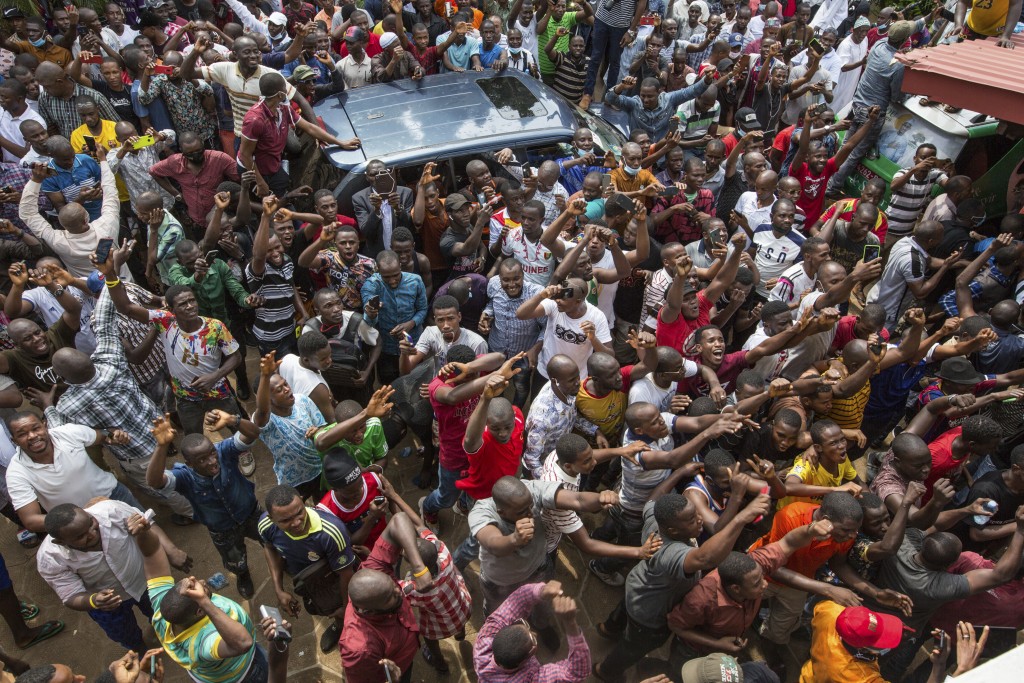 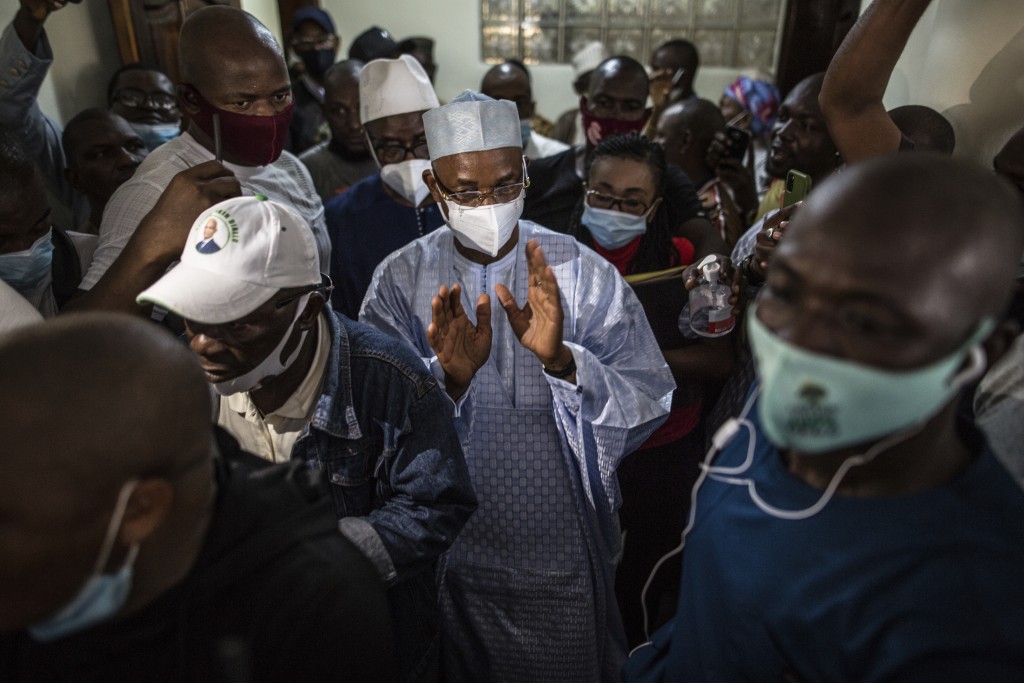 Diallo's claim set up a tense showdown with incumbent President Alpha Conde, who has been in power a decade and angered the opposition when he sought constitutional changes earlier this year so that he could seek yet another term.

Even before ballots were cast, international observers had raised concerns that an election dispute could reignite ethnic violence in the West African country. The opposition Union of Democratic Forces of Guinea said early Tuesday that three youths, aged 13, 14, and 18, were killed Monday night when security forces suppressed the party's celebrations.

“While supporters of President Cellou Dalein Diallo were peacefully celebrating the victory of their candidate, defense and security forces violently suppressed this moment of jubilation,” the party said in a statement.

The ruling party called on “the competent institutions to take all necessary measures to prevent disorder and to prevent any attempt to destabilize the country and its legitimate institutions."

Official results will be released by the end of the week, Bakary Manse, vice president of the electoral commission, said.

“It is neither up to a candidate nor to a person to proclaim himself or herself a winner,” he said.

Monday’s development marked a dramatic escalation in an already tense electoral race. Conde’s decision to seek another term by having the constitution modified already had led to protests that left more than 50 people dead this year.

Diallo, when asserting that he won on Monday, said his declaration was based on information gathered at polling stations by his party. He did not give any figures to back up his claim.

“Despite all the anomalies of this election ... and in view of the results that came out of the polls, I emerge victorious from this presidential election,” he told scores of cheering supporters who thronged his party’s headquarters in the capital, Conakry.

Even before Diallo’s announcement, Conde’s government already was criticizing his opponent’s intention to declare victory.

“This strategy of forced, premature and unjustified celebration was meticulously planned well before the election by Mr. Cellou Dalein Diallo,” the government’s communications unit said in a press release Monday.

Observers fear the standoff between Conde and Diallo could rekindle long-standing ethnic tensions between Guinea’s two largest ethnic groups. Conde draws his support from his Malinke community, while Diallo is heavily backed by the Peuhl ethnic group. This election is the third time the two men have vied for the presidency, and previous electoral match-ups have seen bursts of violence.

Tensions were inflamed during the election campaign so much that the United Nations chief urged Guineans to refrain from ethnic violence.

In a statement issued on the eve of the poll, U.N. Secretary-General Antonio Guterres “urged all political leaders and their supporters to refrain from acts of incitement, inflammatory language, ethnic profiling and violence.”

Conde came to power in 2010 in the country’s first democratic elections since independence from France in 1958. Many saw his presidency as a fresh start for the mineral-rich country mired by decades of corrupt, authoritarian rule.

Opponents, though, say he has failed to improve the lives of Guineans, most of whom live in poverty despite the country’s vast mineral riches. In his final campaign speech, Diallo condemned the country’s high unemployment and human rights abuses of the past decade.