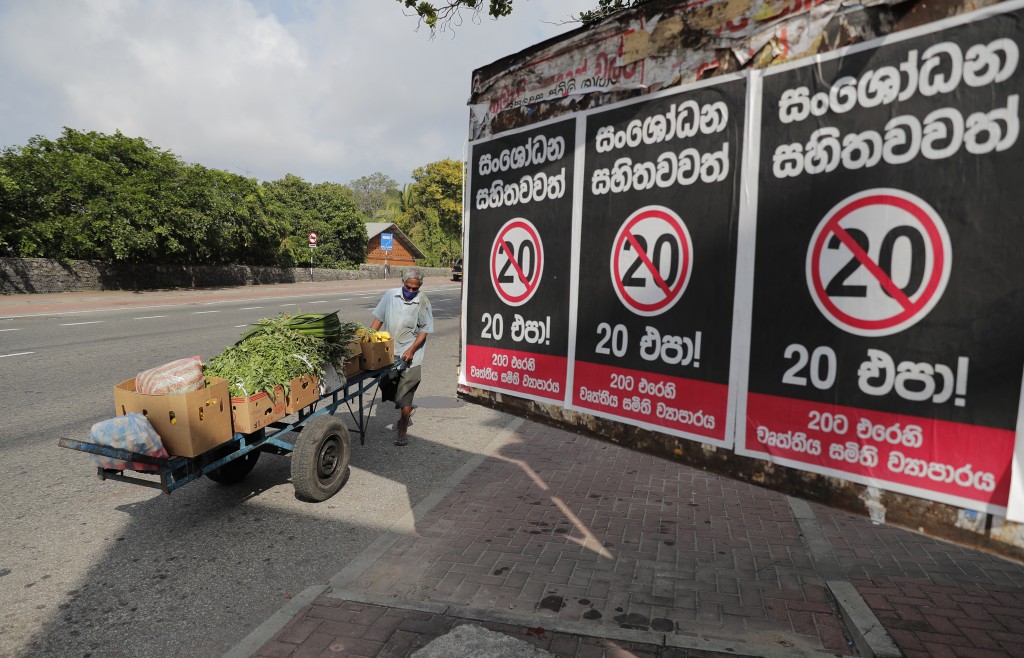 COLOMBO, Sri Lanka (AP) — Sri Lanka’s highest court has ruled that four sections of a proposed amendment to the constitution that would consolidate power in the president’s hands will need approval in a public referendum to become law because they are against the people's sovereignty.

The Supreme Court's ruling, announced Tuesday by the parliamentary speaker, said that proposed sections that relieve the president from being responsible to Parliament and give him immunity from lawsuits and the power to dissolve Parliament after one year in office are against public sovereignty.

The court said that a referendum would be required if the sections are not appropriately changed.

The constitution now allows the president's actions to be questioned in court and disallows him from dissolving Parliament until six months before his five-year term ends.

The top court, however, has allowed many of the contentious proposals, including giving the president the power to hold any number of ministries, appoint and sack ministers, and appoint top judges and officials to the country's key institutions.

Parliamentary Speaker Mahinda Yapa Abeywardena said that some sections can be rectified through parliamentary debate, and others according to the Supreme Court's instructions.

Parliament will debate the amendment on Wednesday and Thursday, and a vote on a rectified bill is scheduled for Thursday evening. Support by at least 150 lawmakers will be needed to pass the amendment, as well as a referendum if required.

The amendment has run into contention with Sri Lanka's influential Buddhist clergy that backed President Gotabaya Rajapaksa's election last year, Christian denominations and some ruling party members who oppose them as a move toward making Parliament a nominal body and creating an authoritarian ruler.

With some internal opposition, the government is expected to woo some opposition lawmakers to ensure the amendment is passed.

Sri Lanka has had a powerful executive presidential system since 1978, but a reformist government elected in 2015 reduced much of the presidential powers and gave them over to Parliament and independent commissions.