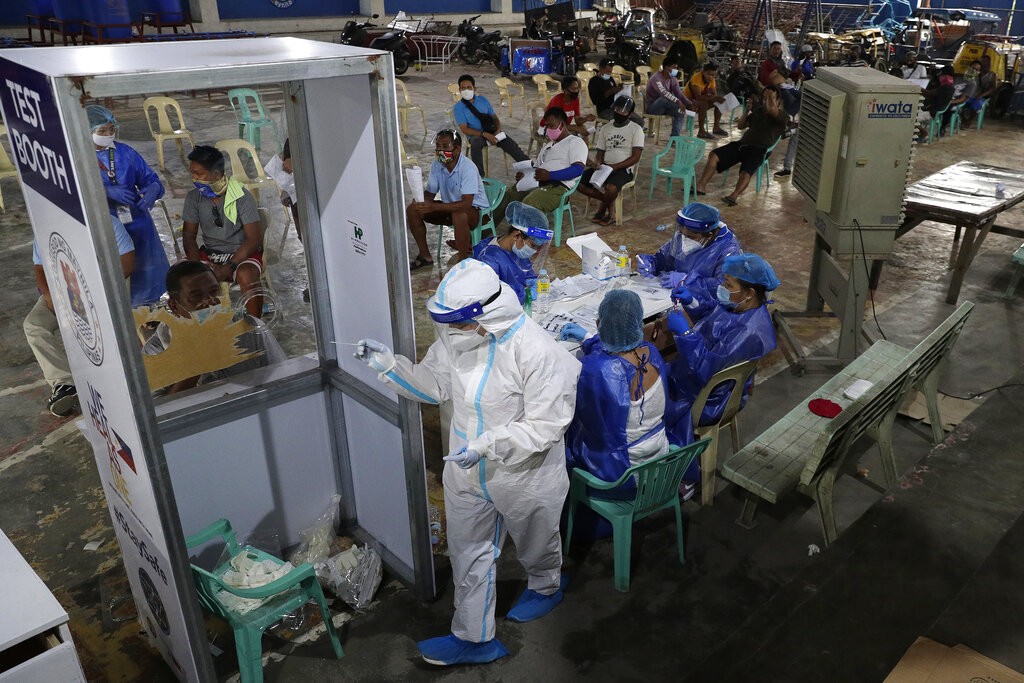 During a press conference on Tuesday, CECC Spokesman Chuang Jen-hsiang (莊人祥) announced three imported coronavirus infections, raising the total number of cases in Taiwan to 543. The latest cases include a Filipino woman in her 20s (case no. 541), a Filipino man in his 20s (case no. 542), and a Taiwanese man in his 50s (case no. 543), all of whom had arrived in the country from the Philippines.

Chuang said that when the Filipino man and woman entered Taiwan on the same flight on Oct. 5, they did not report any symptoms of the coronavirus and were transported to a quarantine center after arriving. They were tested for the disease on Oct. 18, before the end of their quarantine.

On Oct. 20, both tested positive for COVID-19. Having initiated contact tracing, the health department has identified a total of 16 people who came in contact with the two cases.

Of these contacts, 13 took the same flight to Taiwan, and three shared the same epidemic prevention vehicle. All 16 have been asked to begin self-health monitoring.

Chuang pointed out that case no. 543 had been working in the Philippines for an extended period of time, with his most recent departure from Taiwan being in January of this year. On Oct. 5, the man began to experience a mild fever, muscle aches, cough, and difficulty breathing.

On Oct. 15, he was diagnosed with pneumonia by a doctor in the Philippines, but he was not hospitalized, instead taking medication and continuing to undergo testing. When he returned to Taiwan on Oct. 18, he informed quarantine officers that he was experiencing respiratory symptoms.

He was dispatched to a hospital isolation ward and tested positive for COVID-19 on Oct. 20. Thus far, the health department has identified 27 people who were on the same flight as him.

Of these, 15 were passengers who sat directly in front of or behind the man, while 12 were crew members. The 15 passengers have been told to undergo home isolation, while the 12 crew members have been asked to start self-health monitoring, as they were deemed to have worn proper protective equipment.

The CECC on Tuesday did not announce any new reports of people with suspected symptoms. Since the outbreak began, Taiwan has carried out 99,367 COVID-19 tests, with 98,102 coming back negative.

Out of the 543 confirmed cases, 451 were imported, 55 were local, 36 came from the Navy's "Goodwill Fleet," and one is an unresolved case. Up until now, seven individuals have succumbed to the disease, while 495 have been released from hospital isolation, leaving 41 patients still undergoing treatment in Taiwan.