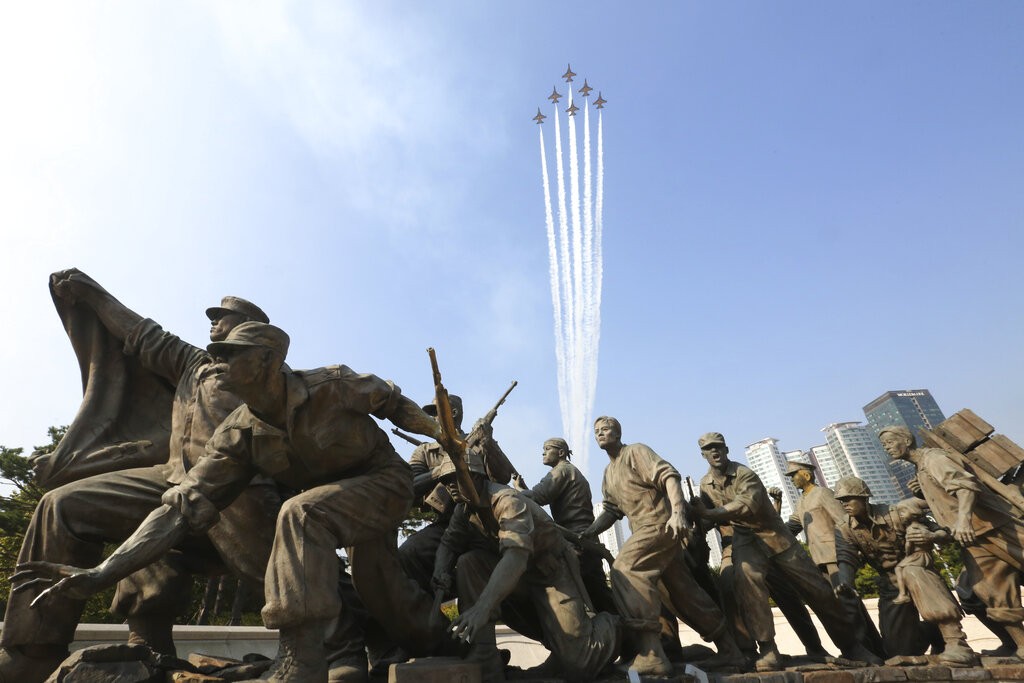 TAIPEI (Taiwan News) — China is marking the 70th anniversary of its military involvement in the Korean War with much fanfare amid heightened tensions with the U.S.

Fought between North and South Korea from June 25, 1950, to July 27, 1953, the Korean War entangled both the U.S. and China. The conflict began when North Korea attempted to invade its southern neighbor, triggering what would eventually become a 21-nation UN coalition to defend the south.

The Soviet Union and China came to the aid of North Korea. China began its intervention on Oct. 19, 1950, and the conflict was the first and only time it fought against American forces.

Against the backdrop of escalating animosity between Beijing and Washington, China is commemorating the event with documentaries and exhibitions to boost national morale and project the impression that it is not afraid of engaging in an armed conflict with the U.S.

Films such as “For Peace” (為了和平) and “Heroes” (英雄) are being aired across the country’s state TV channels to underscore “the sacrifices and untold stories of Chinese troops” during the bitter conflict, wrote Chinese Communist Party mouthpiece People’s Daily. Chinese leader Xi Jinping (習近平) made a high-profile visit to a Korean War-themed exhibition on Monday (Oct. 19) to observe the episode, which is being touted as a watershed moment for China as it rose from “a century of humiliation,” according to South China Morning Post.

“The [Chinese] People's Volunteer Army shed blood and fought alongside the North Korean people for justice, claiming a great victory,” said Xi. “Chinese have summoned the spirit of resistance against American aggression, a spirit that will help the nation overcome all hurdles and formidable enemies,” he added.

At a time when the world’s two largest economies are locking horns over a spate of issues, this propaganda appears to be effective at promoting solidarity. Chinese netizens have said they were moved by the documentaries, with some saying the footage served as a conduit to vent their anger at Washington’s sanctions on Beijing, reported UDN.

Last week, anger erupted among Chinese netizens over a tribute by South Korean boy band BTS to South Korean and American veterans of the war. The tribute infuriated Chinese nationalists and was slammed as an insult to China, as the U.S. is viewed there as having been an aggressor in the war, wrote AP.