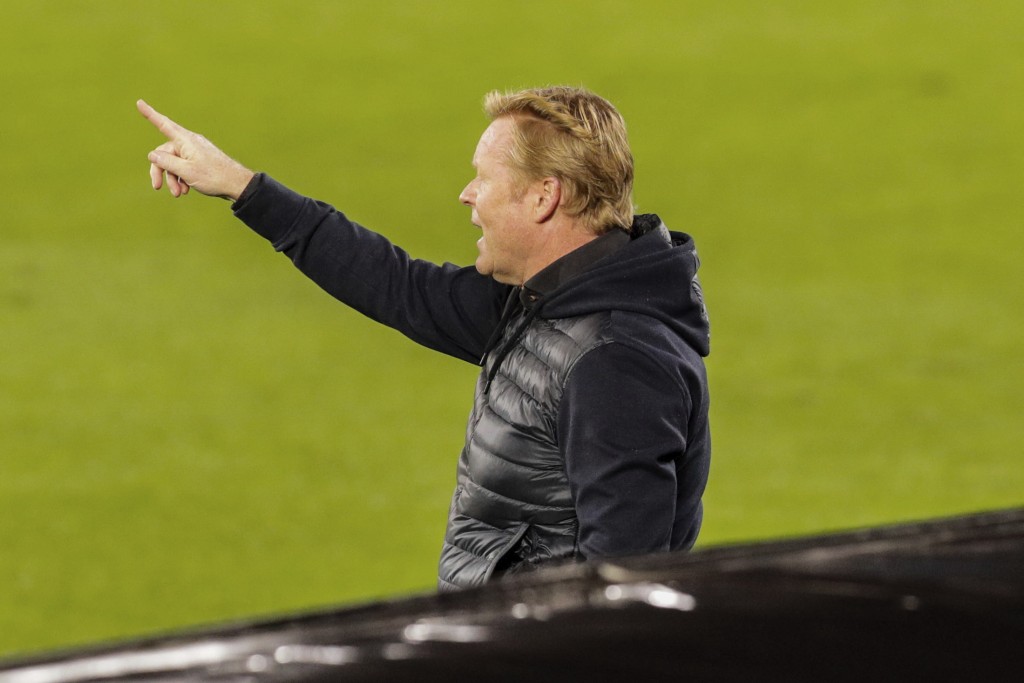 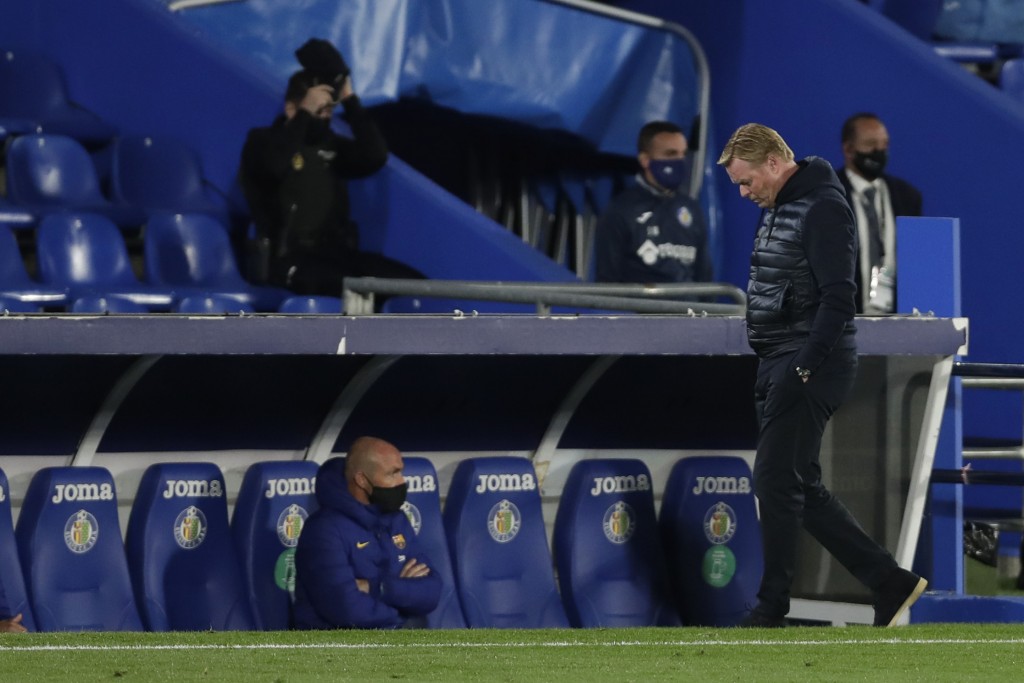 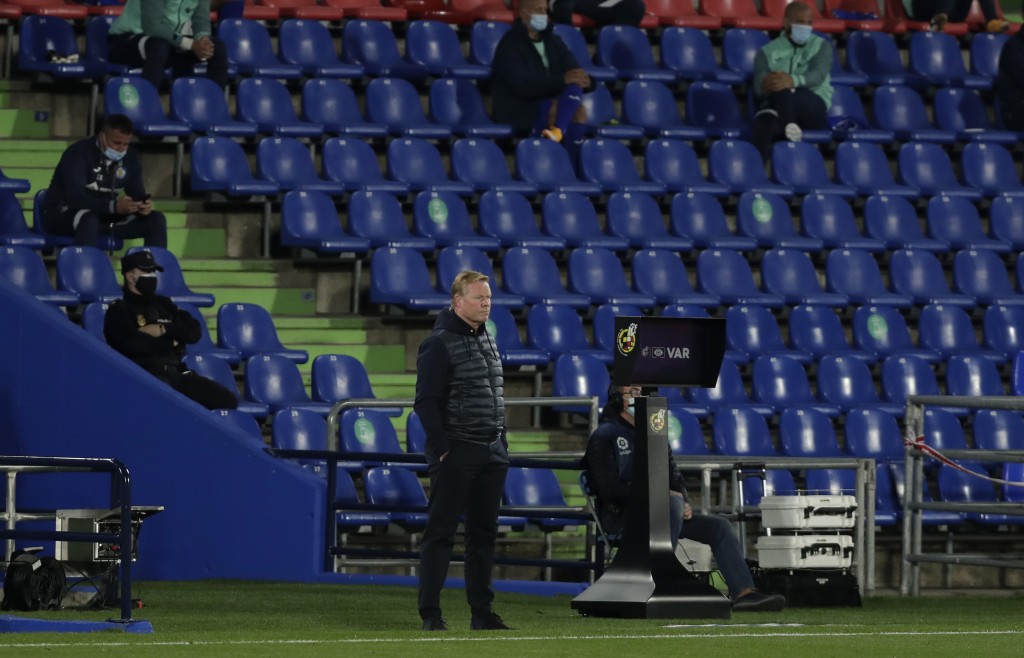 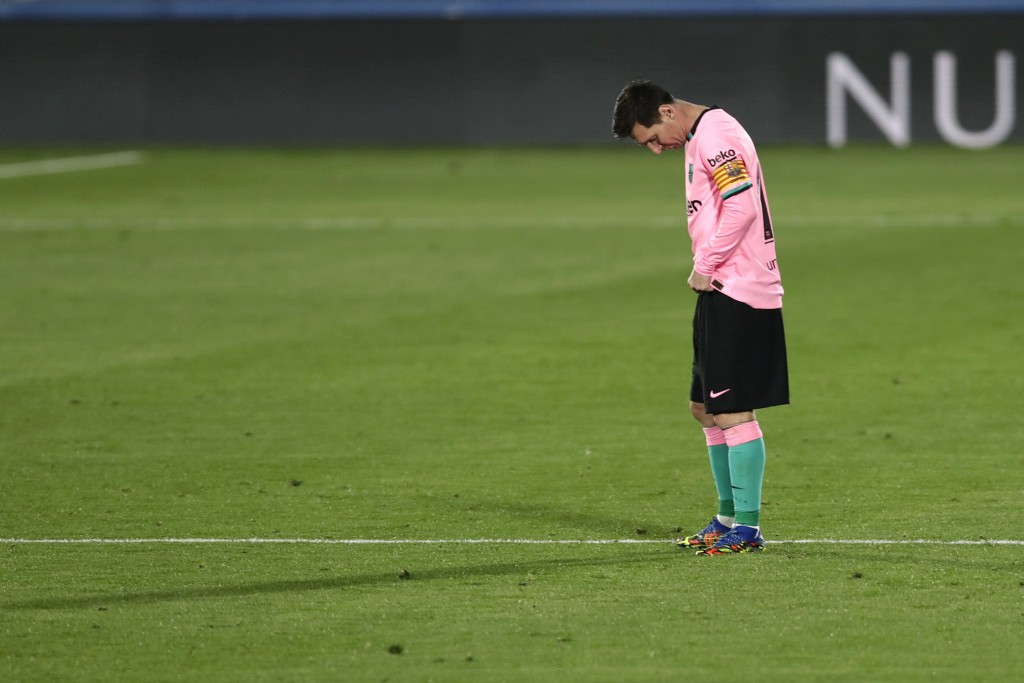 MADRID (AP) — Despite managing to hang onto Lionel Messi, Barcelona begins its Champions League campaign with reduced expectations after one of its worst seasons in years.

The Catalan club appears to lack its confidence from previous seasons following an embarrassing elimination to Bayern Munich and a troubled offseason in which it nearly lost its talisman.

“Knowing what happened recently, we are not the top favorite,” coach Ronald Koeman said on Monday ahead of the team's debut in this season's competition against Hungarian club Ferencváros. “But we are a team that can go far.”

Koeman arrived to put Barcelona back on track shortly after the 8-2 collapse against Bayern Munich in the quarterfinals of the Champions League, which capped its first season without a title since 2007-08.

“Barcelona always plays to win titles, in the league and in Europe, but there are other strong teams,” Koeman said.

Barcelona hasn’t won the Champions League since 2015, but since then it had never embarked on a new campaign in the competition amid so much disarray.

The club avoided losing Messi after he said he wanted to leave, but it continued to endure political turmoil and even financial difficulties. President Josep Bartomeu is facing a censure motion that could force him to leave his post before the end of the year.

Koeman was given the task of revamping the first team, and he quickly got rid of veterans such as Luis Suárez and Ivan Rakitic, but the club failed to bring in any of the players he wanted in the transfer window.

Koeman said Messi is fine despite scoring just once so far this season.

“Maybe his performance could be better, but I see him happy,” Koeman said. “I see him training well and focused. I have nothing to complain about him in that sense.”

He said “a bit of bad luck” has played a role in keeping the Argentina star from scoring more goals so far.

Koeman also downplayed criticism of Antoine Griezmann for his recent poor performances, though he admitted that “everyone in the attack” can improve.

Barcelona opened the Spanish league with two convincing wins under Koeman, but then it drew 1-1 with Sevilla at home and lost 1-0 at Getafe on Saturday.

Hungarian champion Ferencváros returns to the Champions League for the first time since 1995. It needed to get through four qualifying rounds to reach the group stage.

The other Group G teams are Juventus and Dynamo Kyiv.

“We want to start with the right foot,” Koeman said. “We want to win the match and gain tranquility.”