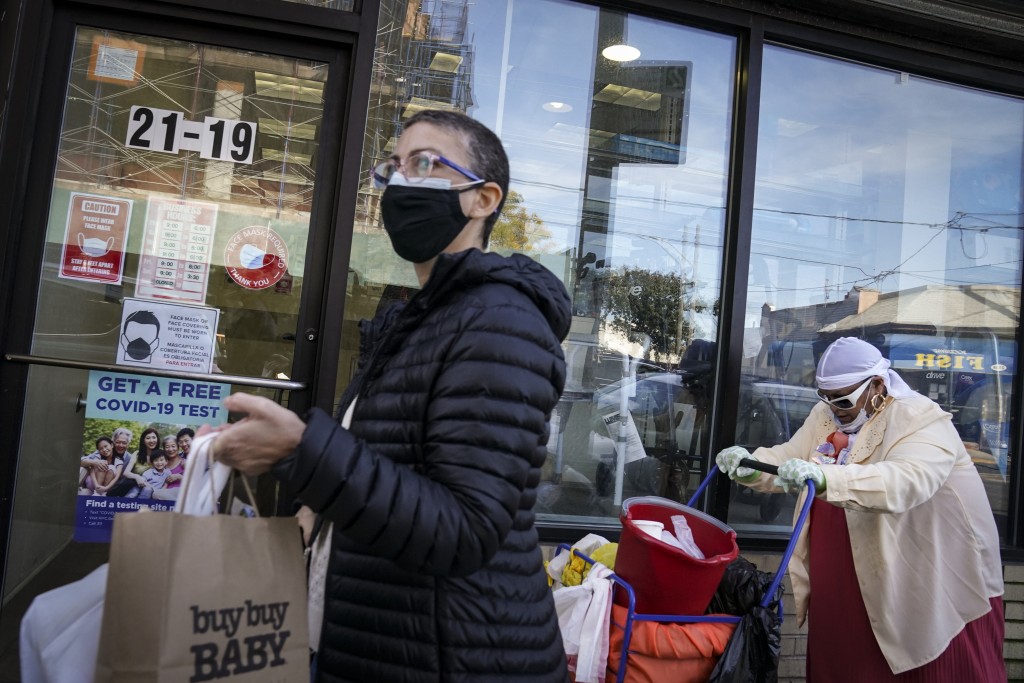 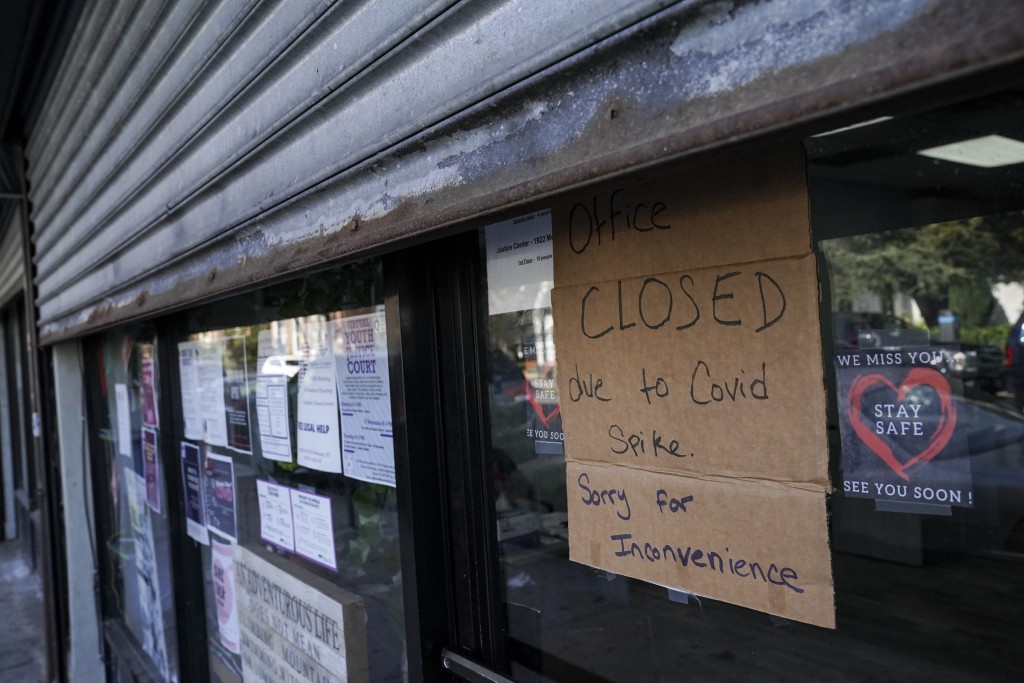 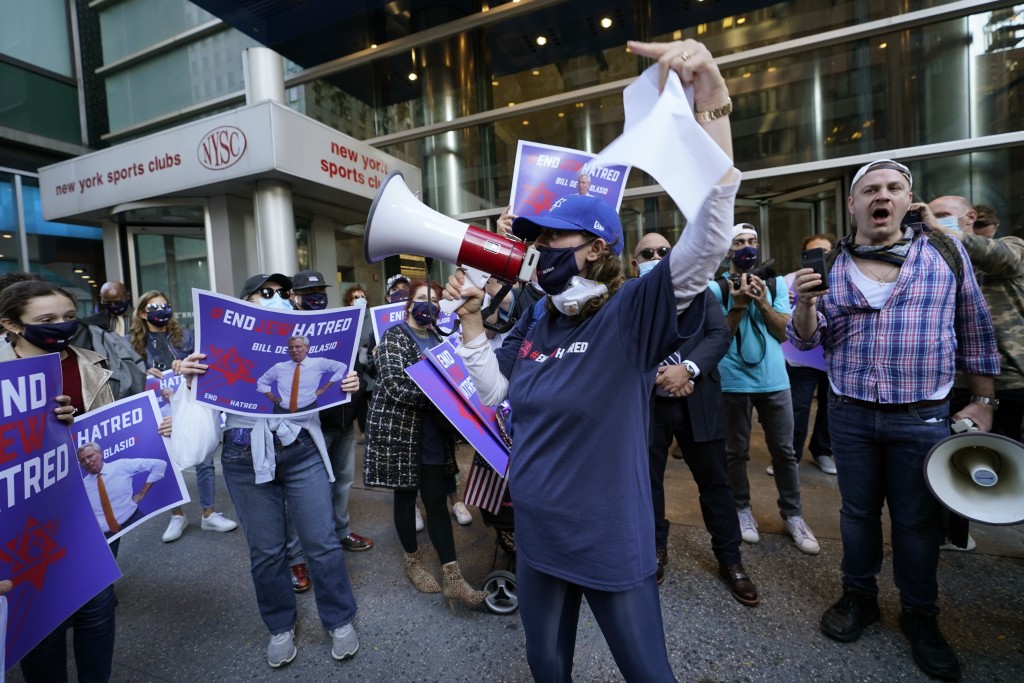 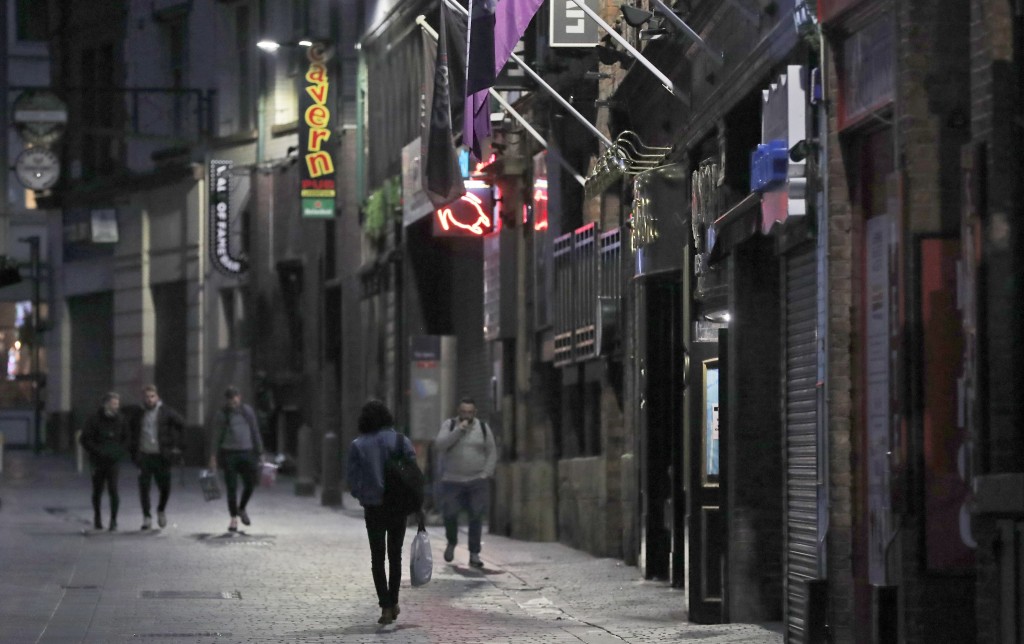 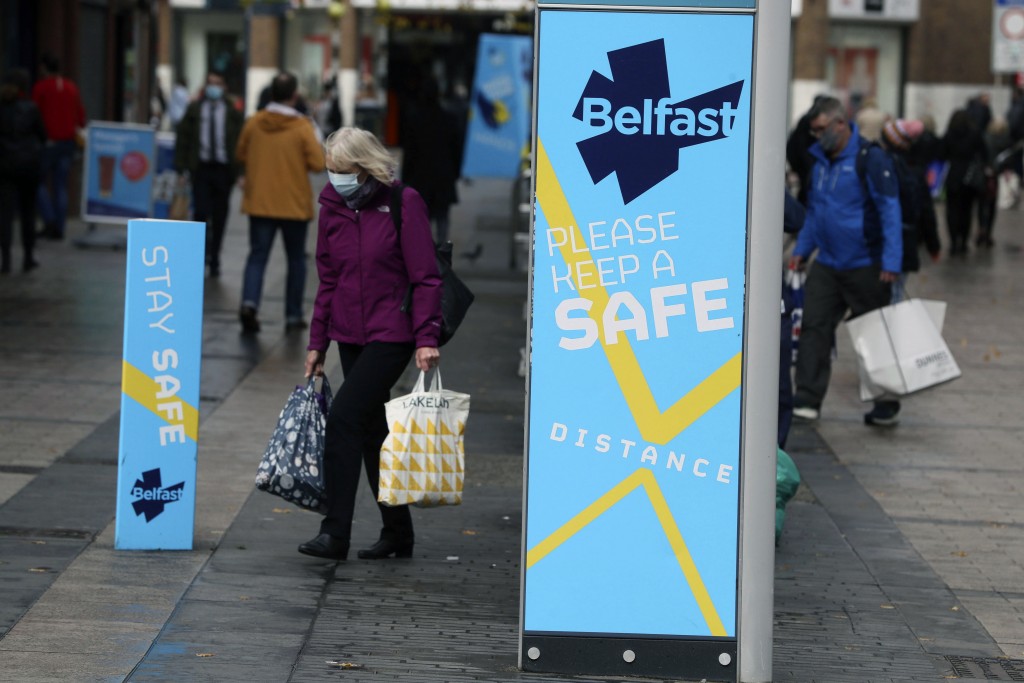 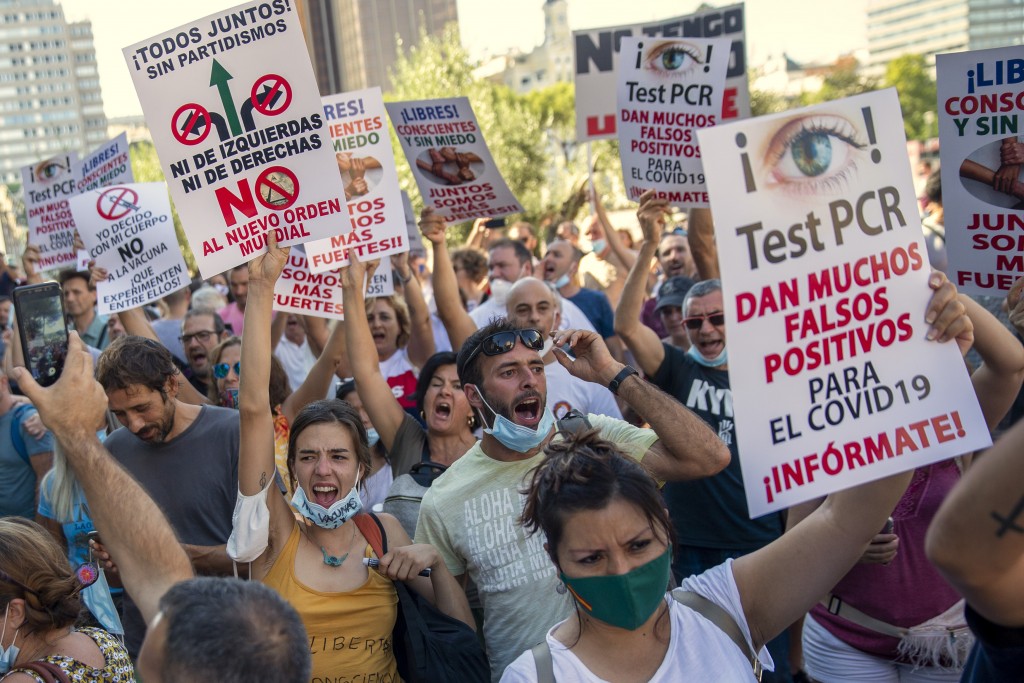 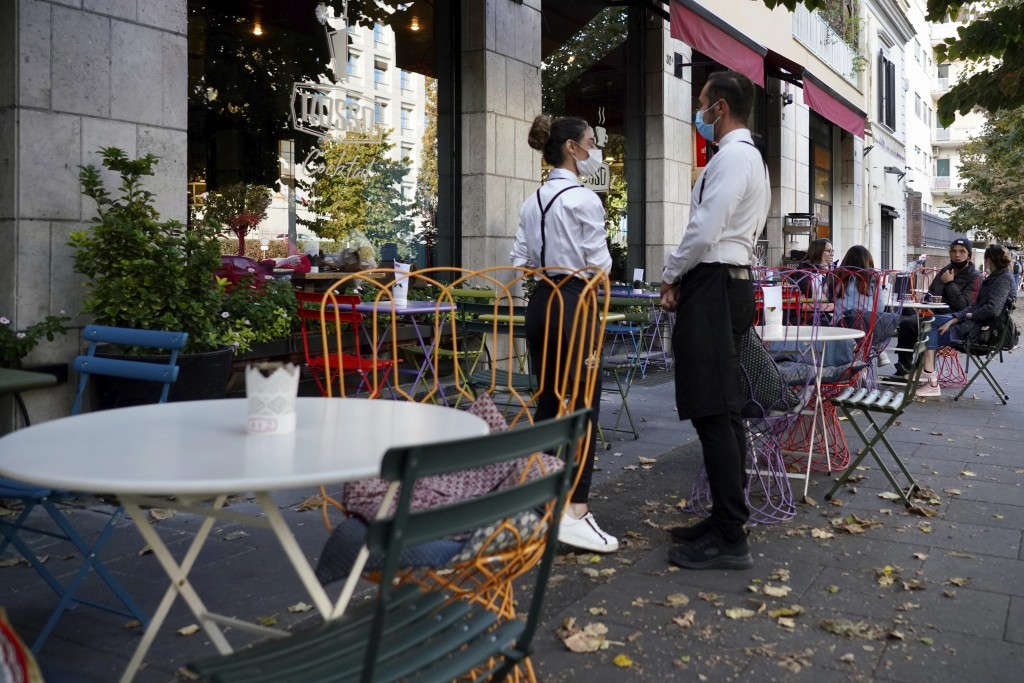 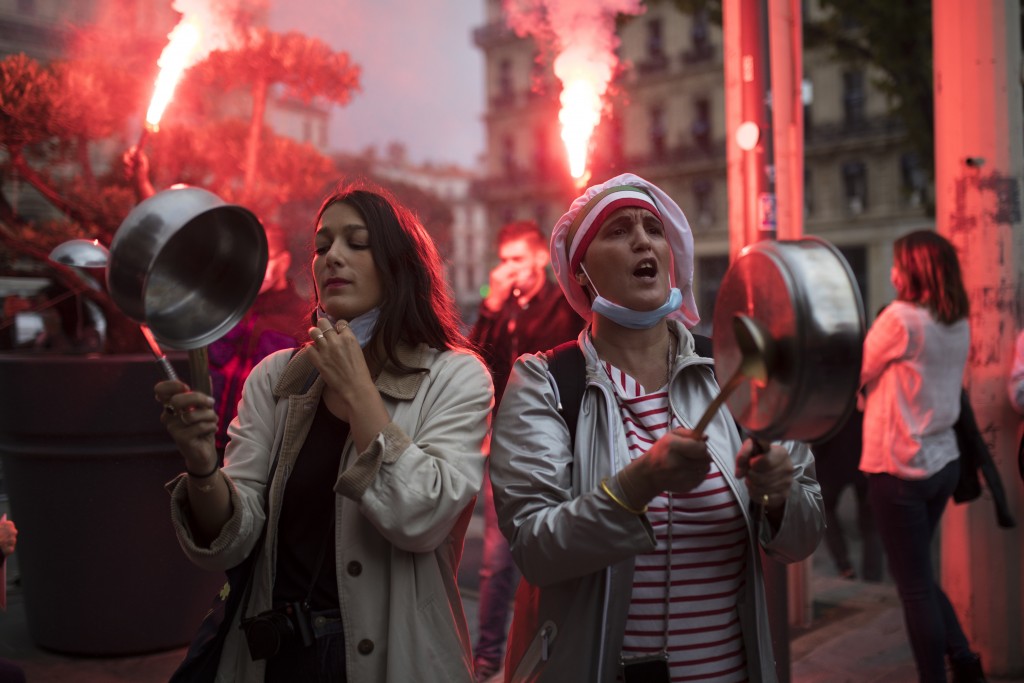 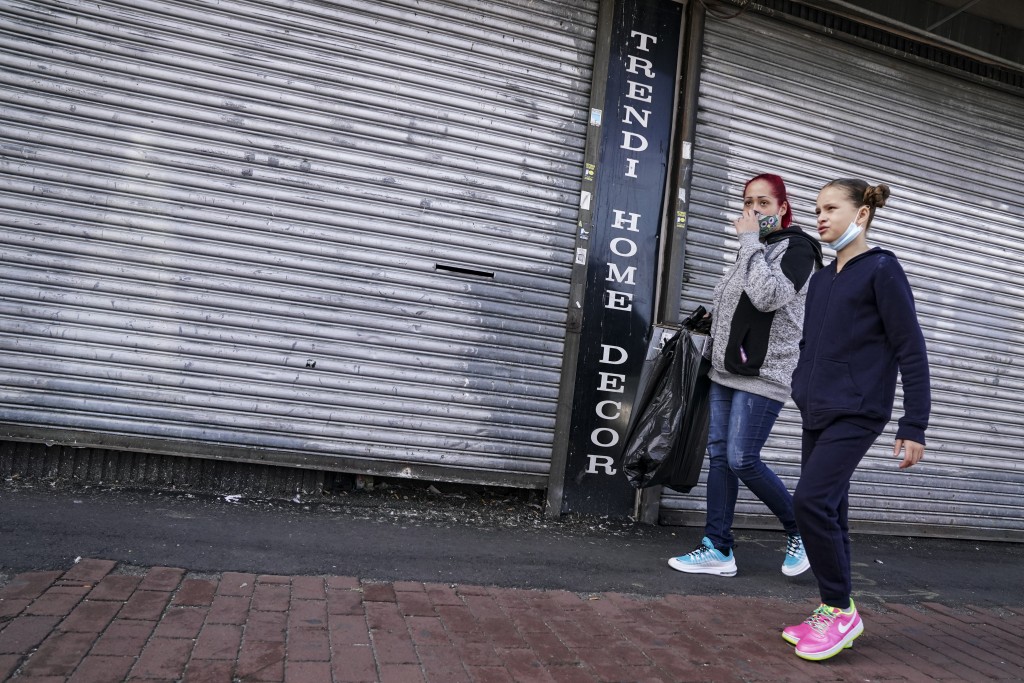 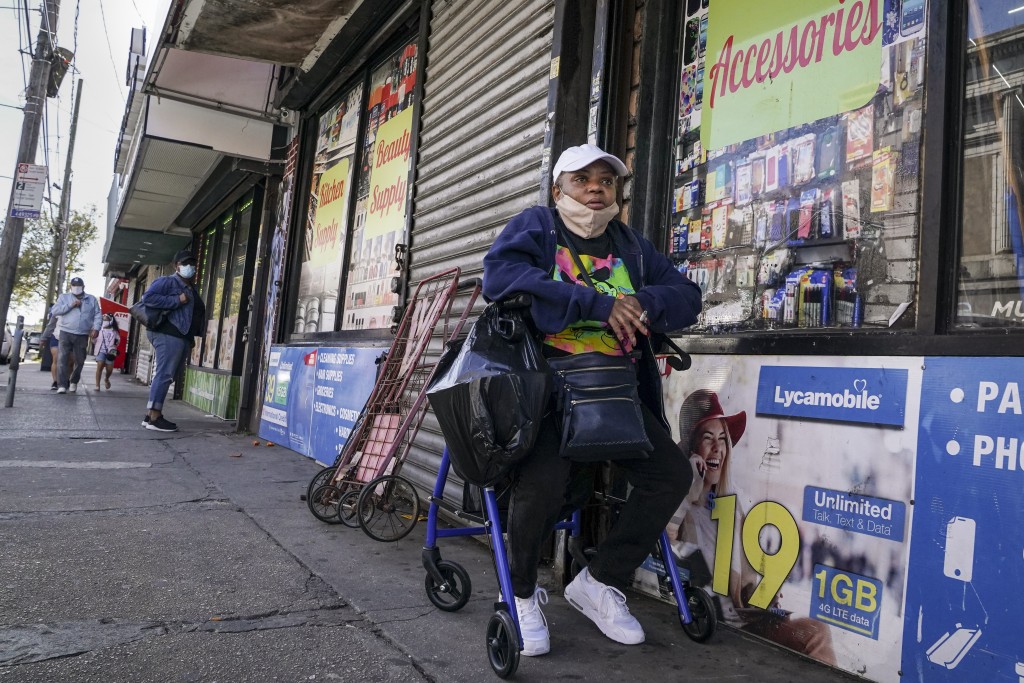 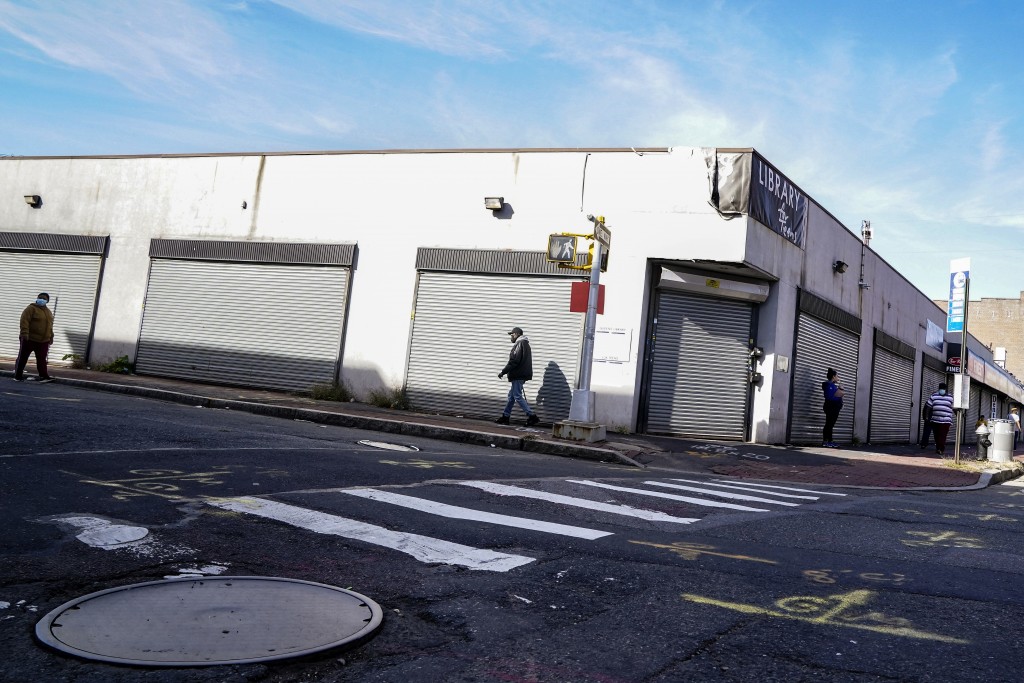 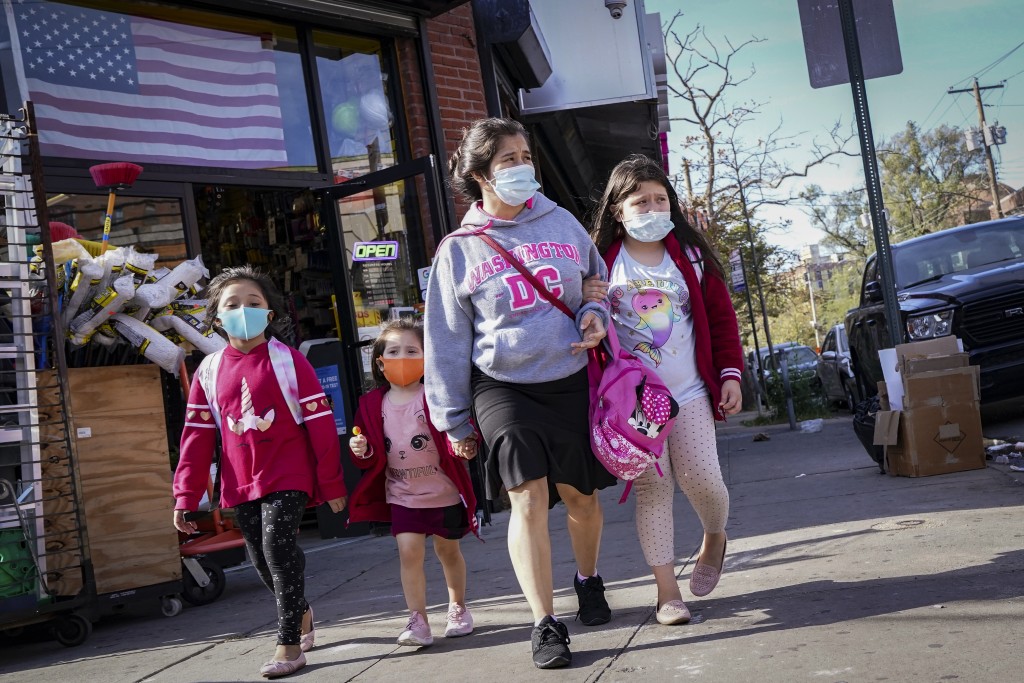 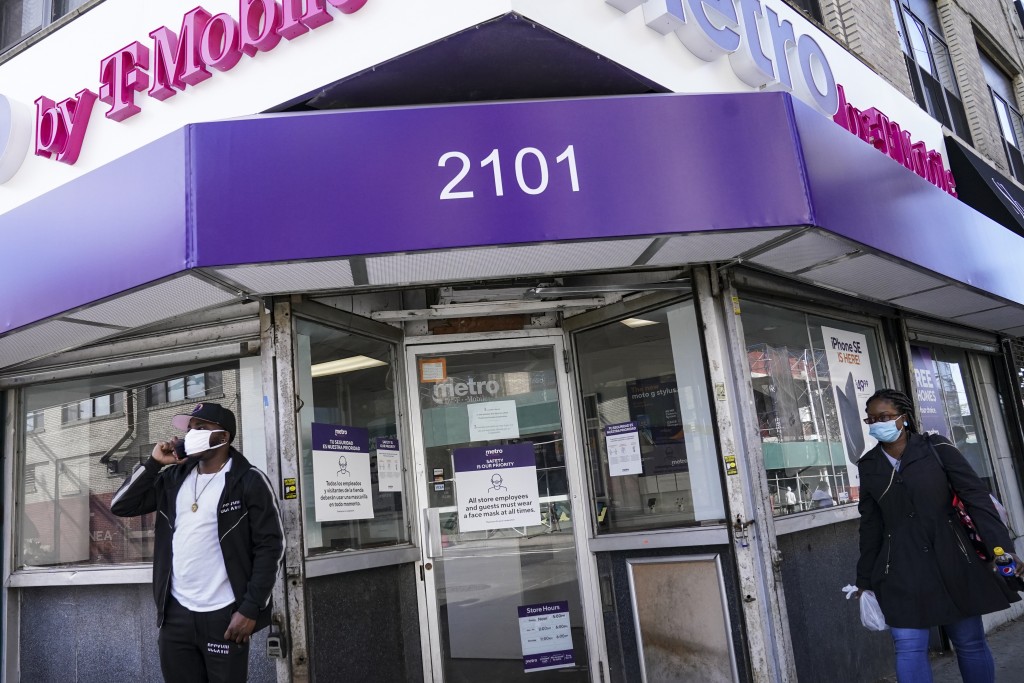 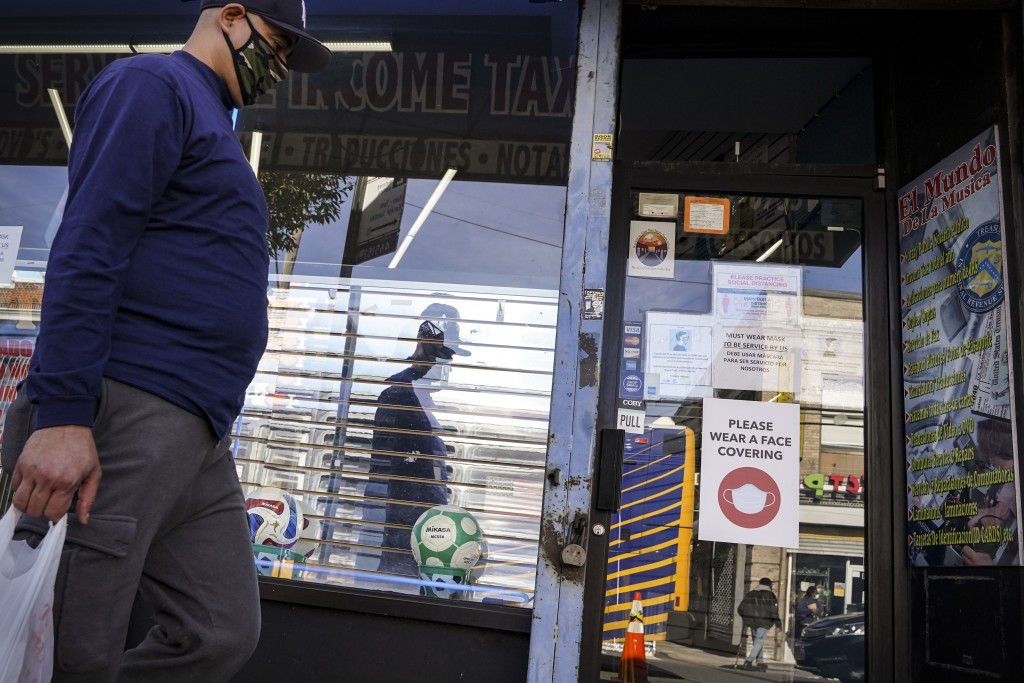 NEW YORK (AP) — After entire nations were shut down during the first surge of the coronavirus earlier this year, some countries and U.S. states are trying more targeted measures as cases rise again around the world, especially in Europe and the Americas.

New York’s new round of virus shutdowns zeroes in on individual neighborhoods, closing schools and businesses in hot spots measuring just a couple of square miles.

Spanish officials limited travel to and from some parts of Madrid before restrictions were widened throughout the capital and some suburbs.

Italian authorities have sometimes quarantined spots as small as a single building.

While countries including Israel and the Czech Republic have reinstated nationwide closures, other governments hope smaller-scale shutdowns can work this time, in conjunction with testing, contact tracing and other initiatives they've now built up.

The concept of containing hot spots isn't new, but it's being tested under new pressures as authorities try to avoid a dreaded resurgence of illness and deaths, this time with economies weakened from earlier lockdowns, populations chafing at the idea of renewed restrictions and some communities complaining of unequal treatment.

Some scientists say a localized approach, if well-tailored and explained to the public, can be a nimble response at a complex point in the pandemic.

“It is pragmatic in appreciation of ‘restriction fatigue’ ... but it is strategic, allowing for mobilization of substantial resources to where they are needed most,” says Dr. Wafaa El-Sadr, who is following New York City's efforts closely and is on some city advisory boards.

Other scientists are warier.

“If we’re serious about wiping out COVID in an area, we need coordinated responses across” as wide a swath as possible, says Benjamin Althouse, a research scientist with the Institute for Disease Modeling in Washington state.

In a study that has been posted online but not published in a journal or reviewed by independent experts, Althouse and other scientists found that amid patchwork coronavirus-control measures in the U.S. this spring, some people traveled farther than usual for such activities as worship, suggesting they might have responded to closures by hopscotching to less-restricted areas.

Still, choosing between limited closures and widespread restrictions is "a very, very difficult decision,” Althouse notes. "I’m glad I’m not the one making it.”

Early in the outbreak, countries tried to quell hot spots from Wuhan, China — where a stringent lockdown was seen as key in squelching transmission in the world's most populous nation — to Italy, where a decision to seal off 10 towns in the northern region of Lombardy evolved within weeks into a nationwide lockdown.

After the virus's first surge, officials fought flare-ups with city-sized closures this summer in places from Barcelona, Spain, to Seoul to Melbourne, Australia.

In the English city of Leicester, nonessential shops were shut down and households banned from mixing in late June.

Proponents took that as evidence localized lockdowns work. Skeptics argued that summertime transmission rates were generally low anyway in the United Kingdom, where the official coronavirus death toll of over 43,000 stands as Europe’s highest, according to figures compiled by Johns Hopkins University.

With infection levels and deaths rising anew in Britain, scientists have advised officials to implement a national, two-week lockdown. Instead, the government on Monday carved England into three tiers of coronavirus risk, with restrictions ranging accordingly.

“As a general principle, the targeting of measures to specific groups or geographical areas is preferable to one-size-fits-all measures, because they allow us to minimize the damage that social distancing inevitably imposes on society and the economy,” said Flavio Toxvaerd, who specializes in economic epidemiology at the University of Cambridge.

The damage doesn't feel so minimal to Steven Goldstein, who had to close his New York City men's hat shop last week.

The 72-year-old business, Bencraft Hatters, is in one of a handful of small areas around the state with new restrictions. Authorities hope they'll avert a wider crisis in a state that beat back the deadliest spike in the U.S. this spring, losing over 33,000 people to date.

Goldstein takes the virus seriously — he said he and his mother both had it early on — and he sees the economic rationale behind trying local restrictions instead of another citywide or statewide shutdown.

But he questions whether the zones are capturing all the trouble spots, and he's rankled that the restrictions are falling on his shop after, he says, he faithfully enforced mask-wearing and other rules.

“I did my part, and a lot of other people did our part, and yet we’re being forced to close,” said Goldstein, 53, who tapped into savings to sustain the third-generation business through the earlier shutdown.

In New York's most restricted “red zones,” houses of worship can't admit more than 10 people at a time and schools and nonessential businesses have been closed. Those zones are ensconced in small orange and yellow zones with lighter restrictions.

Some researchers, however, say officials need to consider not just where people live, but where else they go. In New York City, people can escape restrictions entirely by taking the subway one or two stops.

“There’s room for improvement by taking into account some spillovers across neighborhoods,” says John Birge, a University of Chicago Booth School of Business operations research professor. He, colleague Ozan Candogan and Northwestern University graduate student Yiding Feng have been modeling how localized restrictions in New York City could best minimize both infections and economic harm; the research hasn't yet been reviewed by other experts.

If hot spot measures can be strategic, they also have been criticized as unfairly selective.

In Brooklyn, Orthodox Jews have complained their communities are being singled out for criticism. In Madrid, residents of working-class areas under mobility restrictions said authorities were stigmatizing the poor. Restaurant and bar owners in Marseille, France, said the city was unfairly targeted last month for the nation's toughest virus rules at the time. As of Saturday, several French cities, including Paris and Marseille, were subject to restrictions including a 9 p.m. curfew.

When an apartment complex housing mostly Bulgarian migrant farm workers was locked down in late June in the Italian city of Mondragone, the workers protested, and about a dozen broke the quarantine.

Other denizens of Mondragone feared infection would spread and, at one point, surrounded the buildings and jeered at the residents, one of whom tossed down a chair. Eventually, authorities called in the army to maintain the quarantine and keep the peace.

For hot spot shutdowns to work, public health experts say, the message behind the measures is key.

“Lead with: ‘Here’s a community in need. ... We should be empathetic,’” said Rutgers University epidemiology and biostatistics professor Henry F. Raymond. “It’s not a criticism of those people’s behaviors. It’s just saying, ’These communities might need more attention.'”