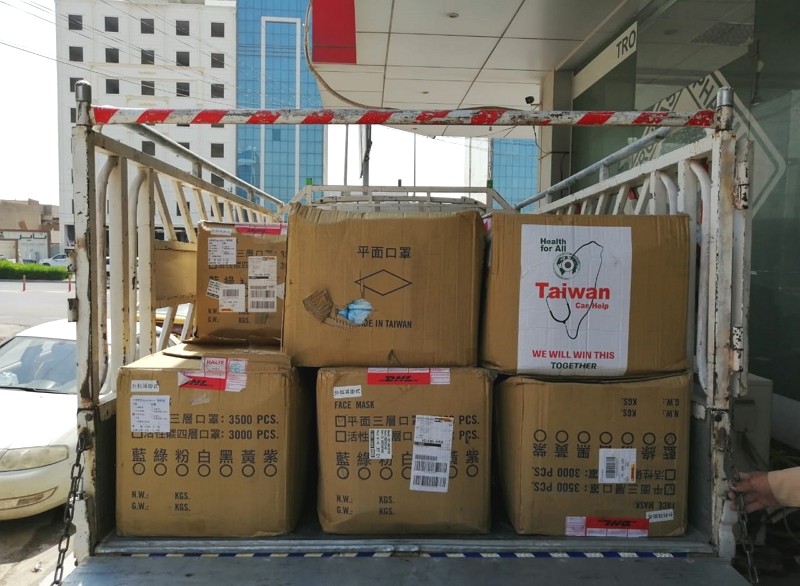 Taiwan has donated 100,000 surgical masks to the Yazidi people in Sinjar, northern Iraq, through an international nonprofit organization, to help with the COVID-19 response there, the Ministry of Foreign Affairs (MOFA) said Sunday.

The masks were sent to the Yazidi with the assistance of the organization Nadia's Initiative, which advocates for victims of sexual violence and aims to rebuild communities devastated by the Islamic State of Iraq and Syria (IS), MOFA said.

"#COVID19 doesn't discriminate. All communities must be included in the global response to the pandemic," MOFA said on its official Twitter account, after Taiwan's representative office in the United States handed over the masks to Nadia's Initiative.

In response, Nadia's Initiative tweeted last Friday that "Over the course of the pandemic, NI has doubled its efforts to strengthen healthcare systems in Sinjar & provide families with critical resources. Thanks to the generous support of @TECRO_USA & @MOFA_Taiwan, NI distributed 100,000 masks to families and essential workers."

In 2014, IS militants launched an assault against the Yazidi community in Sinjar, kidnapping thousands of Yazidi women and holding them in sexual slavery, including Nadia Murad.

Four years later, Murad, a survivor, was awarded the 2018 Nobel peace prize, along with Congolese gynecologist Denis Mukwege for "efforts to end the use of sexual violence as a weapon of war and armed conflict."

Last year, the Taiwan representative office in Washington donated US$500,000 to help displaced people in Iraq and Syria.

At the time, Murad presented a thank you certificate to Taiwan, which was received by then representative to the U.S. Stanley Kao (高碩泰) at an event at the United States Institute of Peace.