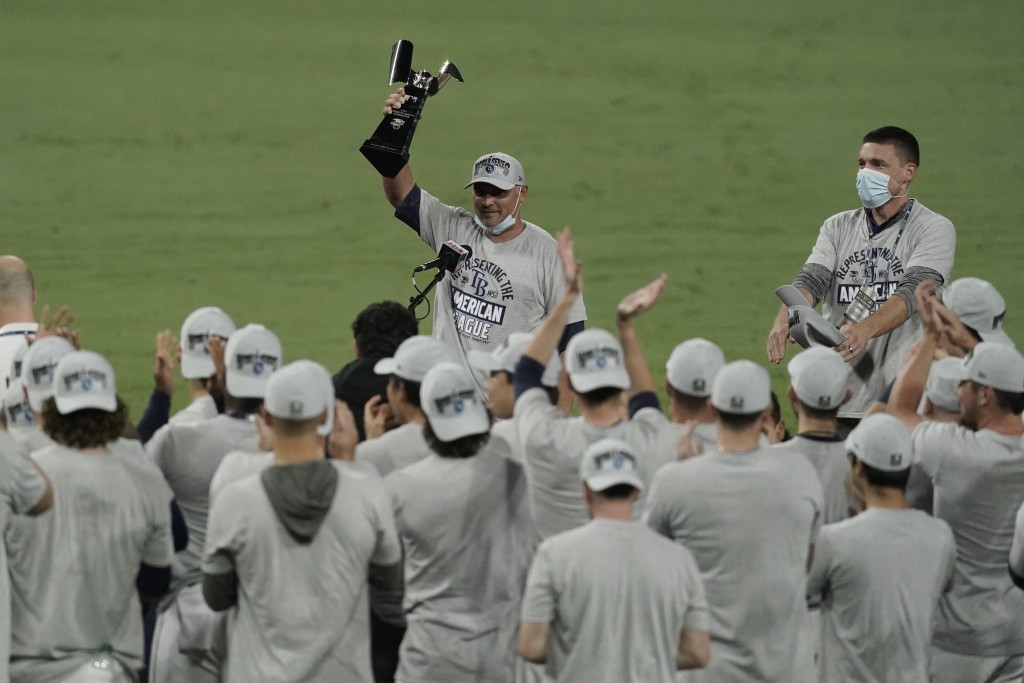 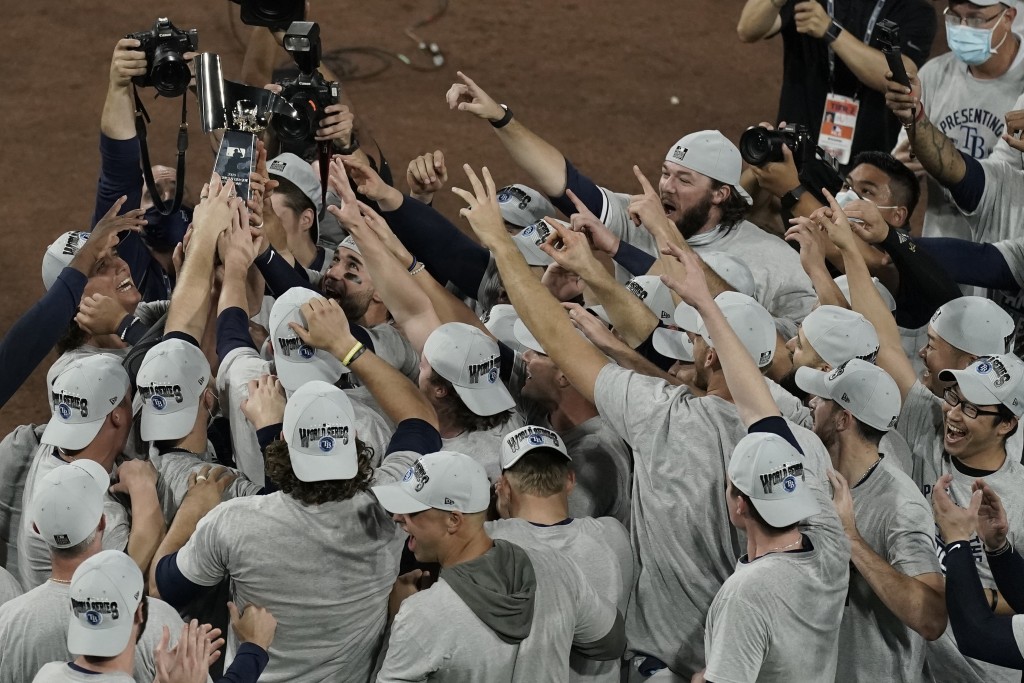 A Game 7 loss in the AL Championship Series wouldn't have changed how Tampa Bay general manager Erik Neander feels about the Rays.

Their 4-2 win over Houston on Saturday night sure changed how Neander felt waking up Sunday, though.

“I rolled over about 6:15 this morning and couldn’t go back to sleep,” Neander said Sunday night. “It was a special night. Pretty excited. We all are.”

The Rays narrowly held off the Astros after building — and blowing — a 3-0 series lead to earn its second AL pennant. Houston was trying to match the 2004 Boston Red Sox as the only major league team to rally from a 3-0 deficit to win a seven-game series.

Next up for the low-payroll Rays: a neutral site World Series in Arlington, Texas, beginning Tuesday night.

“This is as good a group of people as you’re going to find,” Neander said. “As ego-free as you’ll see. To prevail the way they did, I know we wouldn’t have thought any differently of them if Game 7 last night didn’t go our way. I know we would have thought the same of this player group and how special they are.

“Now they get to show off their true qualities and attributes a little longer on a a bigger stage,” Neander added. “I hope were not too much of a surprise. We’ve had some success here. I feel like we’re where we should be.”

Tampa Bay lost its only other World Series appearance in 2008 in five-games to the Philadelphia Phillies.

The Rays, who led the AL with a 40-20 record in the pandemic-shortened season, have a series of meetings Monday to set the rotation and roster after taking Sunday to rest up after playing the ALDS and ALCS with only one day off in between.

“Today, really, to this point has been really a recovery day,” Neander said. “Not because of the celebration last night, probably it’s a little bit of it, but 12 games in 13 days has been a bit of a grind here.”

NOTES: Rays OF Randy Arozarena has 21 hits, one shy Derek Jeter’s 1996 rookie postseason record. He also is only one homer away from matching the major league record of eight in a postseason. Barry Bonds (2002), Carlos Beltran (2004) and Nelson Cruz (2011) share the mark. “My vocabulary is not good enough to put it into that appropriate context to describe it properly,” Neander said. "My goodness what a run he’s been on.”