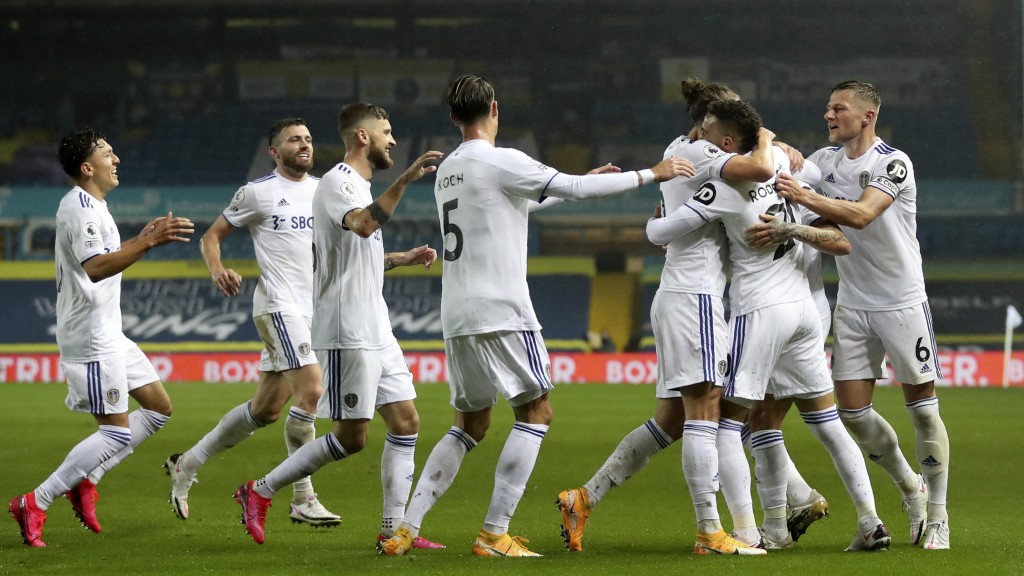 Leeds hosts Wolverhampton Wanderers after making an impressive start to life back in the Premier League after 16 years, with a draw at Manchester City before the international break. Brazilian winger Raphinha, who joined from Rennes earlier this month, could make his Leeds debut. Wolves have had a mixed start, winning two and losing two of their first four games, conceding three goals against City and four against West Ham. Last-place Burnley is at West Bromwich Albion after losing all three league games so far. But former West Brom striker Jay Rodriguez will be available for Burnley in Monday’s contest after missing the last three games in all competitions with an ankle problem.

Genoa visits Hellas Verona for its first match since the club was hit by a coronavirus outbreak. More than 20 Genoa players and staff tested positive for COVID-19 and its Serie A game against Torino had to be postponed. Several players have since recovered and are likely to start in Verona. Verona players Koray Gunter and Antonin Barak are out with the virus. Genoa is three points below Verona, which can move up to third with a win.