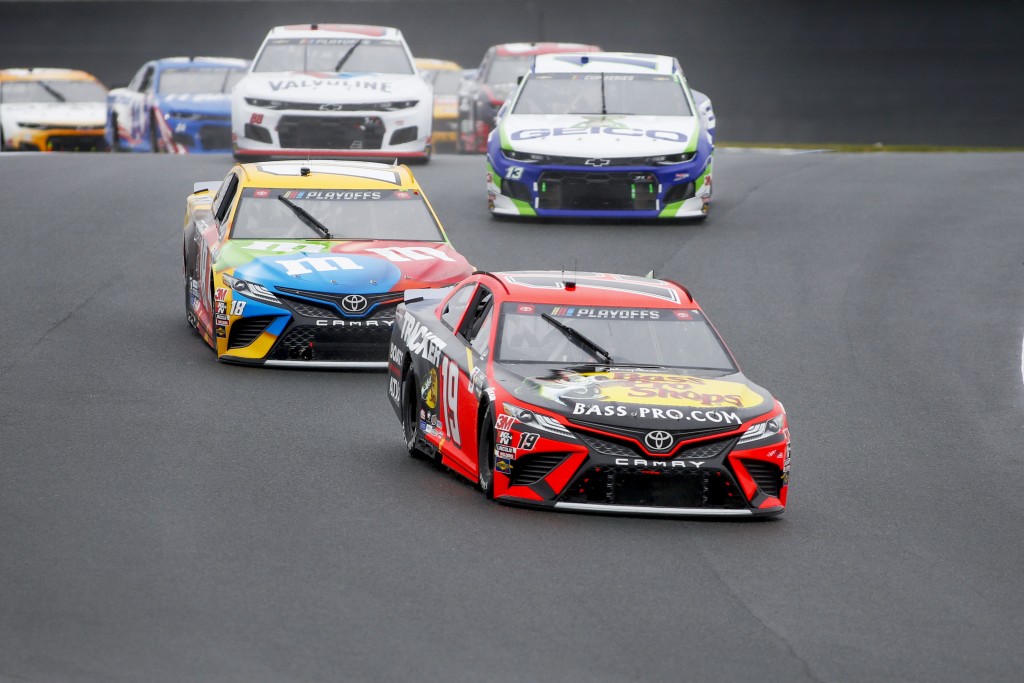 KANSAS CITY, Kan. (AP) — Martin Truex Jr. will start from the back of the field for the NASCAR Cup Series race at Kansas Speedway on Sunday after his car failed inspection twice, leaving him with an even longer way to go to advance to the final round at Phoenix.

Truex was supposed to start on the inside of Row 3 alongside playoff contender Alex Bowman.

The 2017 series champion already was facing a slightly uphill battle to reach the finale. Truex hasn't won since Martinsville in June and began the three-race round of eight in sixth place, 10 points below the cut line.

Chase Elliott will start from the pole alongside Joey Logan with fellow playoff contender Kurt Busch and Kevin Harvick in the second row. Denny Hamlin and Brad Keselowski make up the fourth row.

Clint Bowyer will start in Row 6 in the retiring Kansas native's final race at his home track.