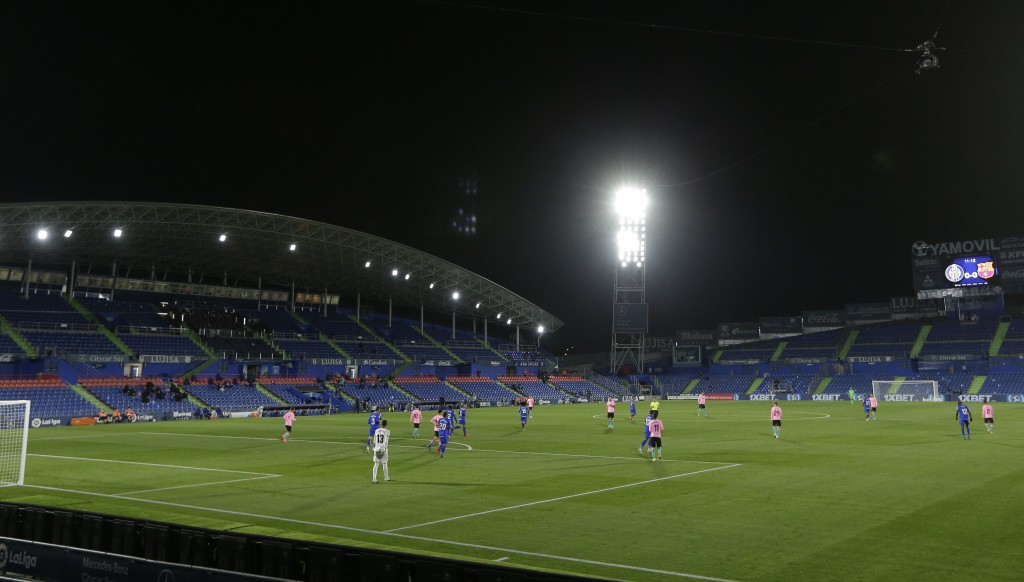 MADRID (AP) — Dani Parejo scored a second-half winner to give Villarreal a 2-1 victory over his former club Valencia in the Spanish league on Sunday.

Paco Alcácer, another former Valencia player, also scored for Villarreal, which jumped to first place with its third win of the season. It has 11 points from six matches, one point more than Real Madrid, Getafe, Cádiz and Granada.

Parejo scored the winning goal in the 69th minute with a right-footed shot from outside the area after a setup by young Japan forward Takefusa Kubo. Parejo’s shot struck the crossbar before going in. He did not celebrate the goal.

Parejo moved to Valencia rival Villarreal in the offseason after nearly a decade with his former club. The playmaker had been Valencia's captain in recent years.

Alcácer, who played for Valencia from 2012-16, opened the scoring for Villarreal by converting a penalty in the sixth minute.

It was the second straight loss for Valencia, which got on the board with a shot from outside the area by Gonzalo Guedes in the 37th.

Kubo, who is on loan from Real Madrid, was sent off in stoppage time after being shown a second yellow card following a sliding tackle.

Eibar drew 0-0 with visiting Osasuna, while Athletic Bilbao ended a two-game losing streak with a 2-0 victory over Levante at home. It was the third straight defeat for Levante, which hasn’t scored during the streak.

On Saturday, Real Madrid lost 1-0 at home to promoted Cádiz, while Barcelona lost by the same score at Getafe. Atlético Madrid won 2-0 at Celta Vigo, while Sevilla lost 1-0 at Granada.