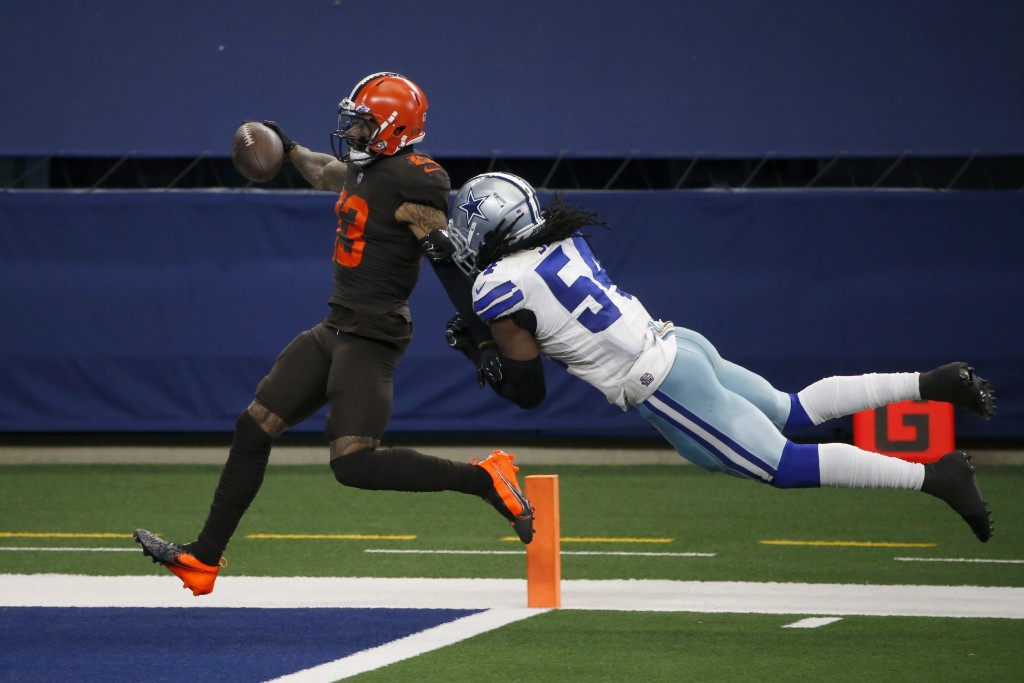 The Latest on Week 6 in the NFL (all times EDT):

Star receiver Odell Beckham Jr. is active and expected to be available when the surprising Cleveland Browns travel to face the Pittsburgh Steelers on Sunday.

Beckham Jr. had his second negative COVID-19 test in 24 hours on Saturday, clearing him to rejoin his teammates. The receiver was kept away from Cleveland’s facility and didn’t practice for two days after feeling ill on Thursday and being sent home.

The league has instructed teams to remove anyone showing symptoms similar to COVID-19 even if they are caused by a cold or the flu. The Browns are off to a 4-1 start and trying to earn their first win in Pittsburgh since 2003. The Steelers (4-0) are one of four undefeated teams remaining in the league.

Beckham has had a good start in his second season with the Browns, who acquired the star in a blockbuster trade with the New York Giants. He has 21 catches for 294 yards and three touchdowns and also had an electrifying 50-yard TD run that sealed a win in Dallas.