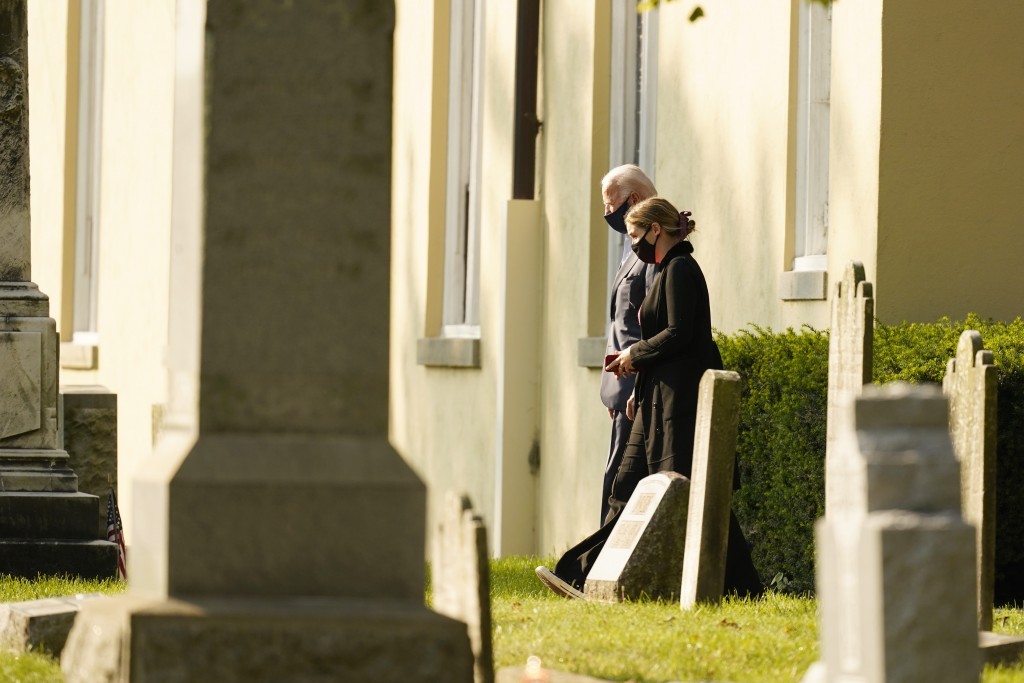 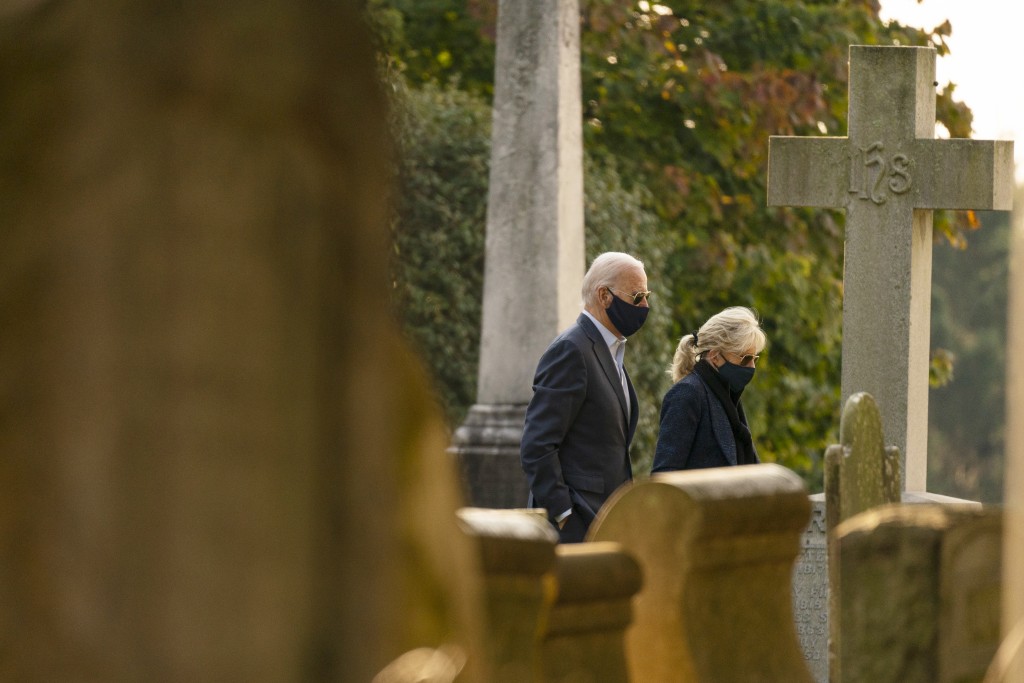 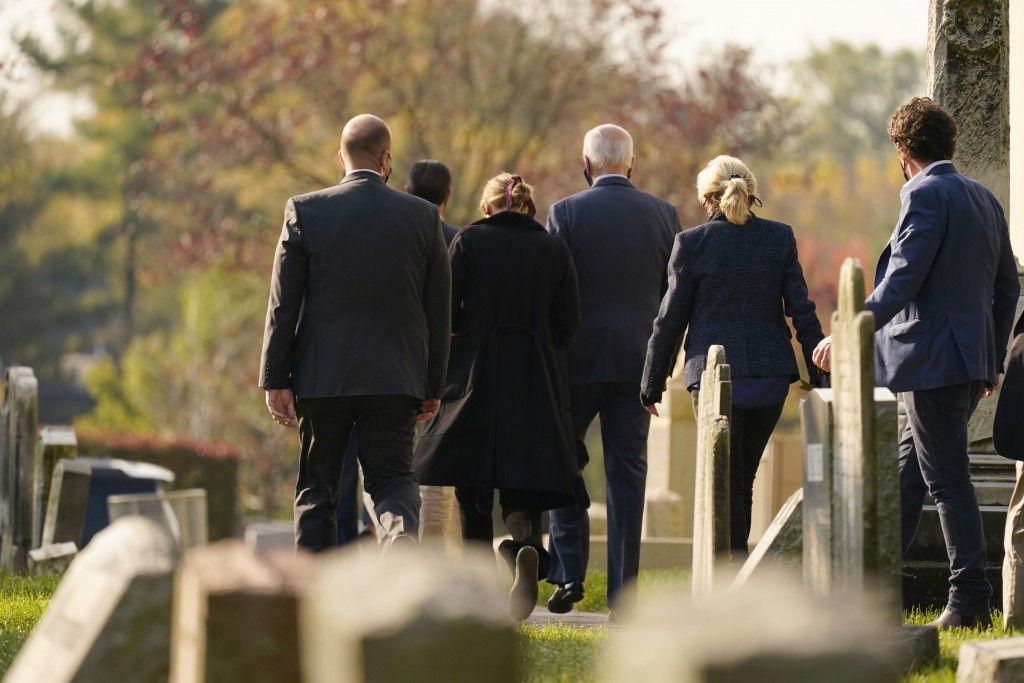 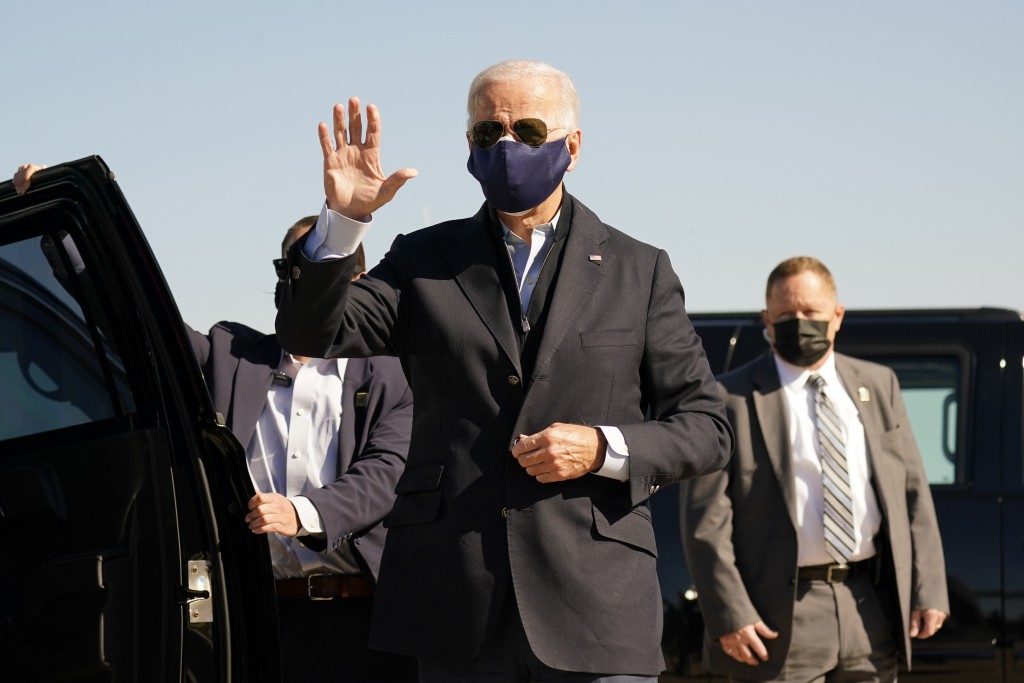 LAS VEGAS (AP) — President Donald Trump made a rare visit to church Sunday as he and Democratic rival Joe Biden campaigned across the country from one another in key states with the Nov. 3 election close at hand.

Trump was attending services at the nondenominational International Church of Las Vegas before raising money in Newport Beach, California, and holding an evening rally in Carson City, Nevada. Biden's schedule put him in North Carolina for a voter mobilization event in Durham and a virtual meeting with African American faith leaders. In the morning, he worshipped at a church in Wilmington, Delaware.

For Trump, it was a return to a church he had visited as a candidate in October, 2016. At that time, he received a prayer on stage and toured an affiliated Christian school, seeing students and delivering remarks on alternatives to traditional public schools.

Biden went to St. Joseph’s on the Brandywine, as he does nearly every week. He and his wife, Jill, entered wearing dark-colored face masks. She carried a bunch of flowers that including pink roses.

The church is a few minutes’ drive from Biden’s home. Biden's son Beau, who died of brain cancer in 2015, is buried in the cemetery on its grounds. Joe and Jill Biden visited the grave after the service.

If elected, Biden would be only the second Roman Catholic president in U.S. history and first since John F. Kennedy. Biden speaks frequently about his faith and its importance in his life.

Trailing in national and pivotal battleground state polls with just over two weeks until Election Day, Trump has kept a more robust schedule since returning campaigning after contracting the coronavirus.

Trump enters the final stretch of the campaign at a steep financial advantage — a highly unusual predicament for an incumbent. After building a massive cash edge early in the race his campaign spent lavishly. Biden kept expenses low and benefited from an outpouring of donations that saw him raise nearly $1 billion over the past three months.