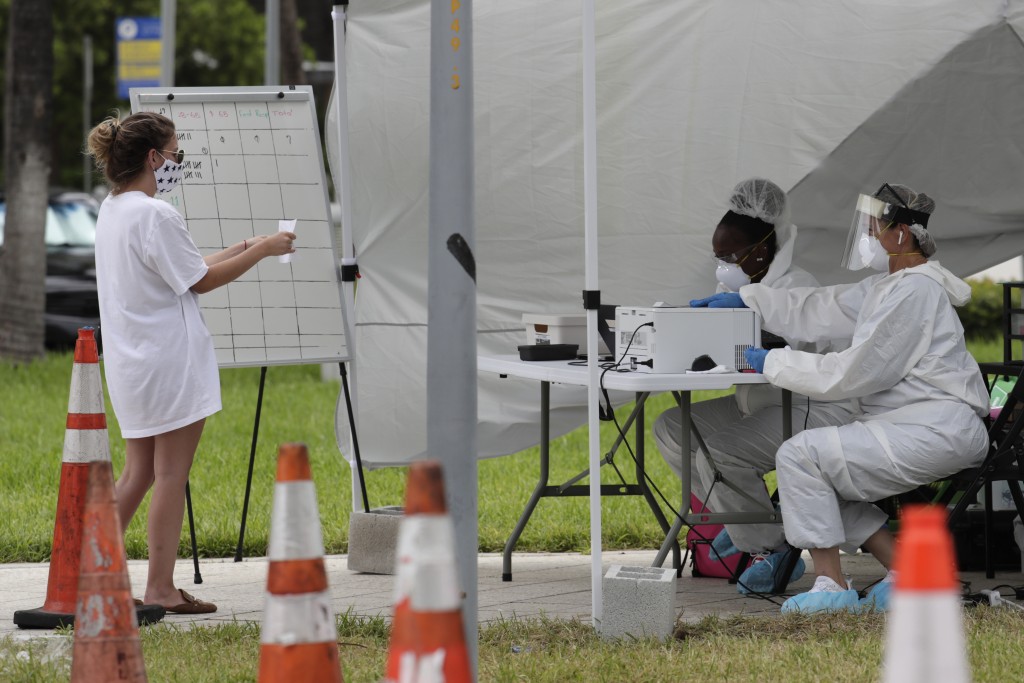 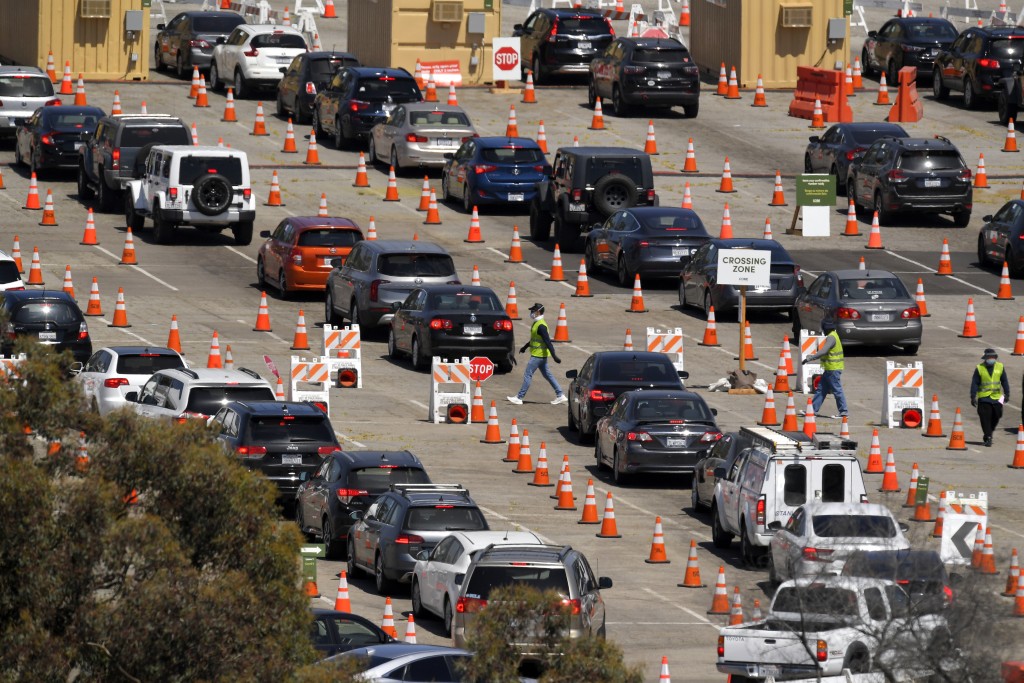 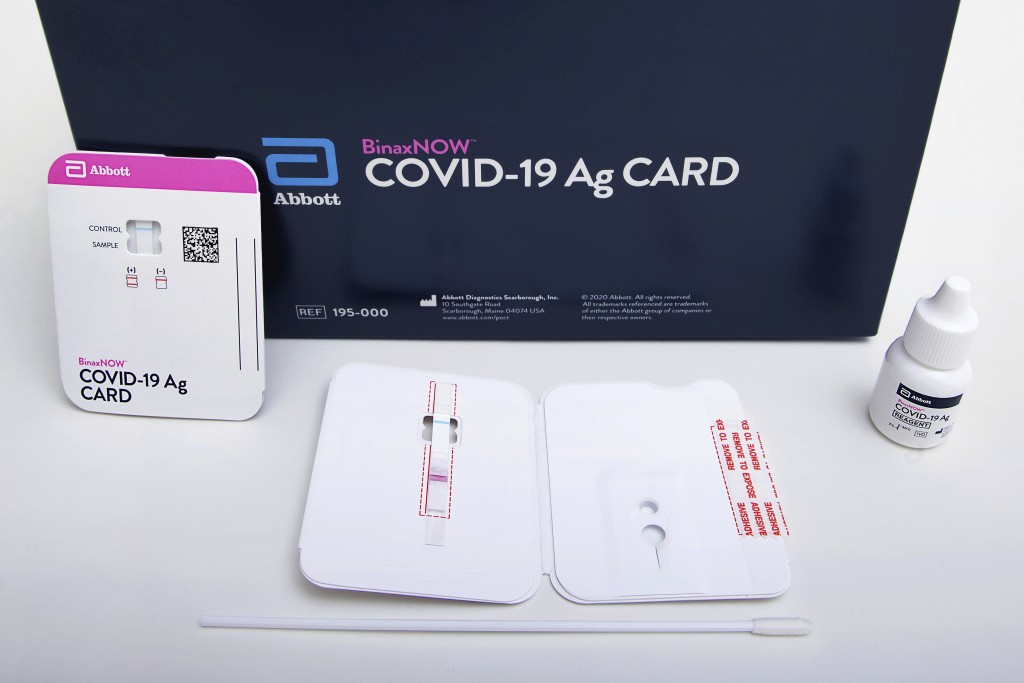 WASHINGTON (AP) — After struggling to ramp up coronavirus testing, the U.S. can now screen several million people daily, thanks to a growing supply of rapid tests. But the boom comes with a new challenge: keeping track of the results.

All U.S. testing sites are legally required to report their results, positive and negative, to public health agencies. But state health officials say many rapid tests are going unreported, which means some new COVID-19 infections may not be counted.

And the situation could get worse, experts say. The federal government is shipping more than 100 million of the newest rapid tests to states for use in public schools, assisted living centers and other new testing sites.

“Schools certainly don’t have the capacity to report these tests,” said Dr. Jeffrey Engel of the Council of State and Territorial Epidemiologists. “If it’s done at all it’s likely going to be paper-based, very slow and incomplete.”

Early in the outbreak, nearly all U.S. testing relied on genetic tests that could only be developed at high-tech laboratories. Even under the best circumstances, people had to wait about two to three days to get results. Experts pushed for more “point-of-care” rapid testing that could be done in doctors offices, clinics and other sites to quickly find people who are infected, get them into quarantine and stop the spread.

Beginning in the summer, cheaper, 15-minute tests — which detect viral proteins called antigens on a nasal swab — became available. The first versions still needed to be processed using portable readers. The millions of new tests from Abbott Laboratories now going out to states are even easier to use: they’re about the size of a credit card and can be developed with a few drops of chemical solution.

Large hospitals and laboratories electronically feed their results to state health departments, but there is no standardized way to report the rapid tests that are often done elsewhere. And state officials have often been unable to track where these tests are being shipped and whether results are being reported.

In Minnesota, officials created a special team to try and get more testing data from nursing homes, schools and other newer testing sites, only to be deluged by faxes and paper files.

“It’s definitely a challenge because now we have to do many more things manually than we were with electronic reporting,” said Kristen Ehresmann, of the Minnesota Department of Health.

Even before Abbott's newest rapid tests hit the market last month, undercounting was a concern.

Competitors Quidel and Becton Dickinson have together shipped well over 35 million of their own quick tests since June. But that massive influx of tests hasn't showed up in national testing numbers, which have mostly ranged between 750,000 and 950,000 daily tests for months.

Besides tallying new cases, COVID-19 testing numbers are used to calculate a key metric on the outbreak: percentage of tests positive for COVID-19. The World Health Organization recommends countries test enough people to drive their percent of positives below 5%. And the U.S. has mostly been hovering around or below that rate since mid-September, a point that President Donald Trump and his top aids have touted to argue that the nation has turned the corner on the outbreak. The figure is down from a peak of 22% in April.

But some disease-tracking specialists are skeptical. Engel said his group's members think they aren't getting all the results.

“So it may be a false conclusion,” he said.

One of the challenges to an accurate count: States have wildly different approaches. Some states lump all types of tests together in one report, some don't tabulate the quick antigen tests at all and others don't publicize their system. Because antigen tests are more prone to false negatives and sometimes require retesting, most health experts say they should be recorded and analyzed separately. Currently only 10 states do that and post the results online, according to the COVID Tracking Project.

The federal government is allocating the tests to states based on their population, rather than helping them develop a strategy based on the size and severity of their outbreaks.

“That’s just lazy” said Dr. Michael Mina of Harvard University. “Most states won’t have the expertise to figure out how to use these most appropriately.”

Instead, Mina said the federal government should direct the limited supplies to key hot spots around the country, driving down infections in the hardest-hit communities. Keeping tighter control would also ensure test results are quickly reported.

Johns Hopkins University researcher Gigi Gronvall agrees health officials need to carefully consider where and when to deploy the tests. Eventually, methods for tracking the tests will catch up, she said.

“I think having the tools to determine if someone is infectious is a higher priority," she said.