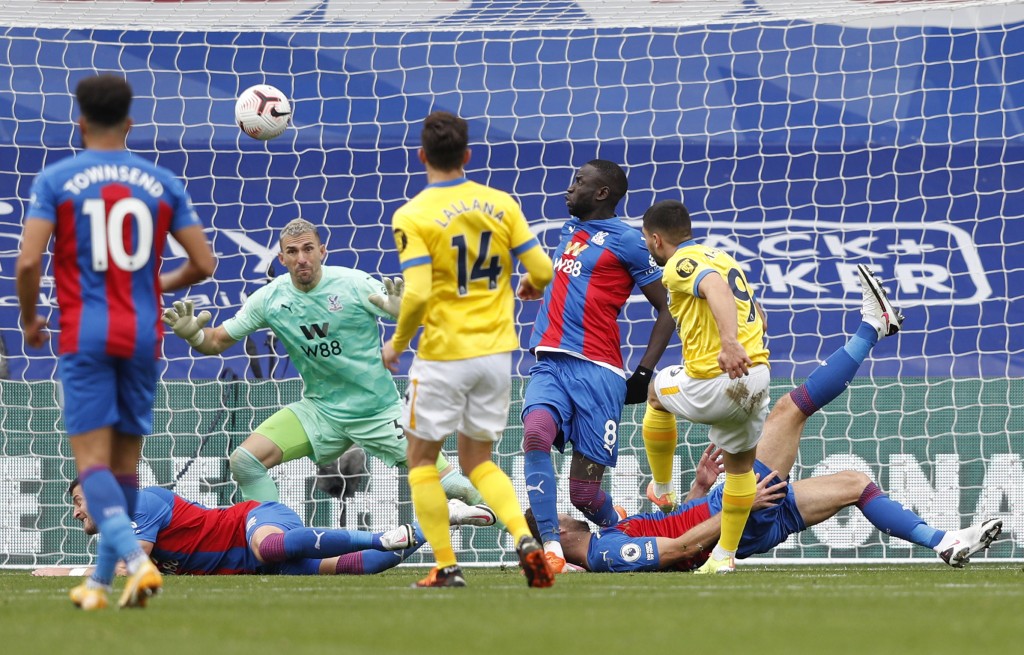 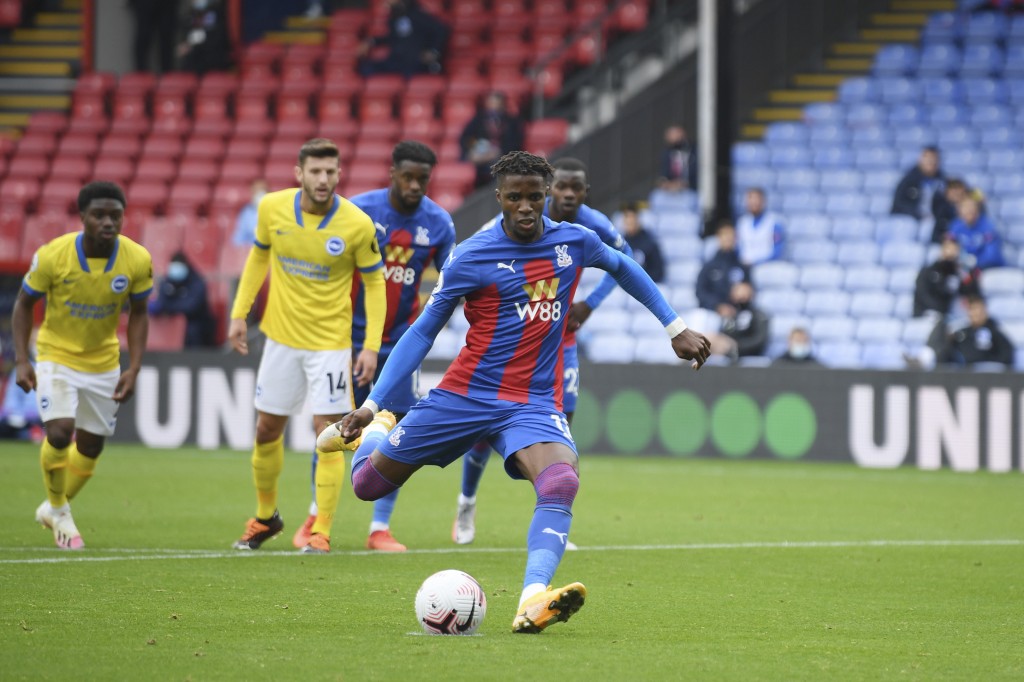 LONDON (AP) — Brighton scored a deflected 90th-minute equalizer before having a man sent off in its 1-1 draw at local rival Crystal Palace in the Premier League on Sunday.

Argentine substitute Alexis Mac Allister's shot from the edge of the area ricocheted off Palace defender Gary Cahill and into the corner of the net as Brighton's pressure finally got its reward at an empty Selhurst Park.

Brighton center back Lewis Dunk was handed a straight red card in the third minute of stoppage time for a crude, two-footed lunge on Cahill in a penalty-area melee, but Palace had no time to take advantage of its numerical advantage.

Indeed, the home side ended the game having had just one shot — and that was the contentiously awarded penalty converted by Wilfried Zaha in the 19th minute.

Palace striker Michy Batshuayi had his jersey pulled by Tariq Lamptey in the area — although contact appeared minimal — and Zaha stepped up to send goalkeeper Mathew Ryan the wrong way from the spot for his fourth goal of the season.

Brighton picked up only its fourth point of the season, having lost three of its first four games.