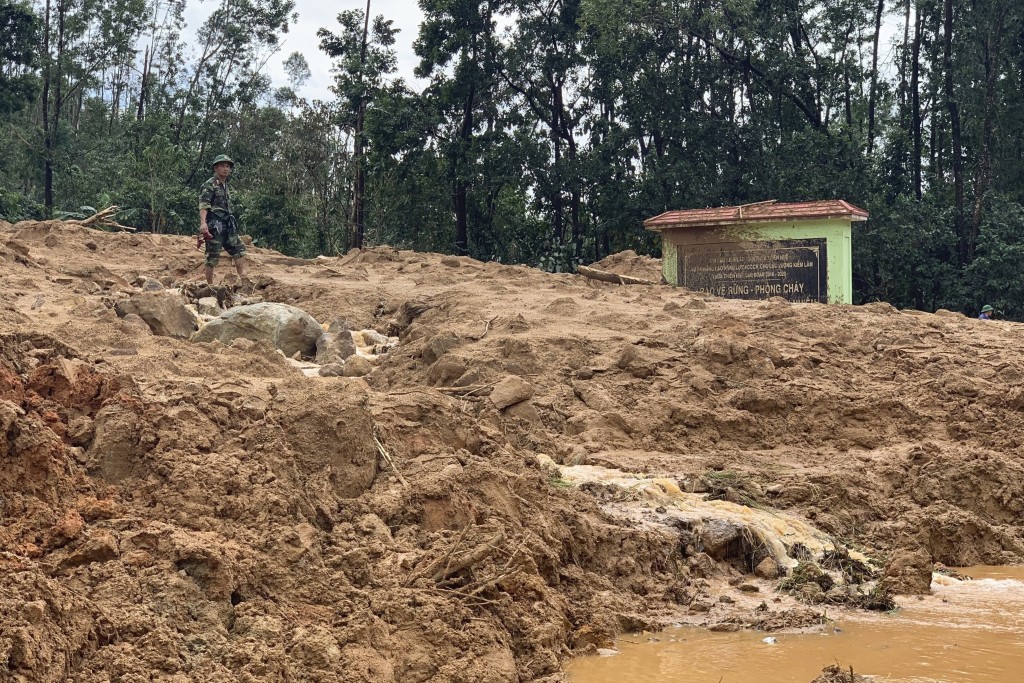 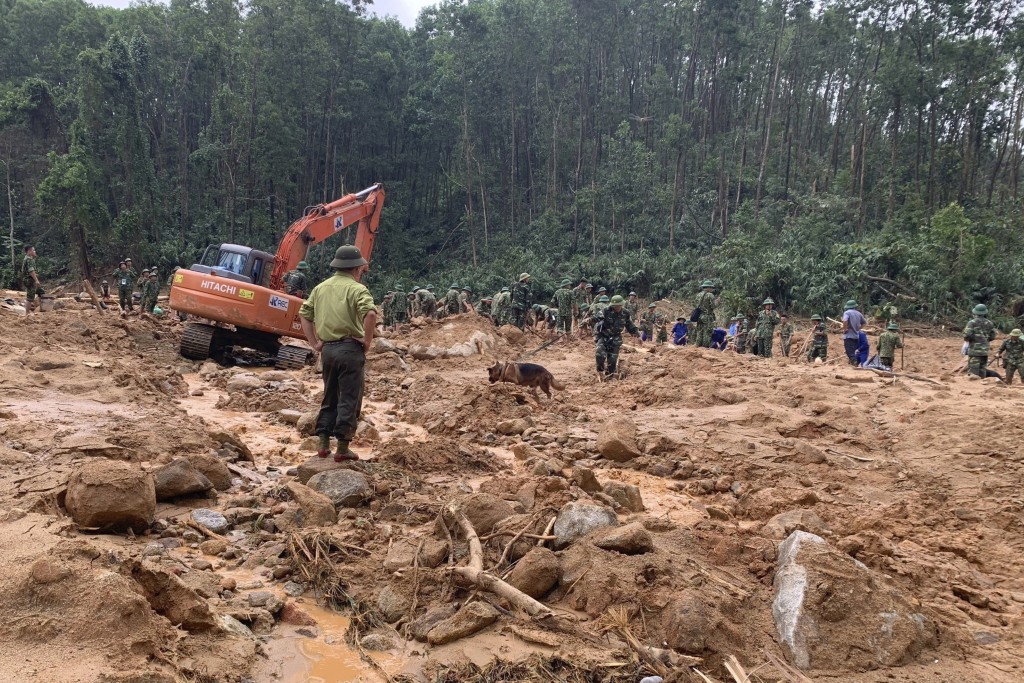 HANOI, Vietnam (AP) — A landslide in central Vietnam on Sunday buried at least 22 army personnel, just a week after another landslide killed 13 as heavy rains continued to pound the region, state media reported.

The latest landslide sent rock and earth crushing into an army camp at the foot of a mountain following a week of incessant rain in Quang Tri province, the official Vietnam News Agency reported.

Eight people were able to escape while the 22 others are believed to be trapped underneath the rubble.

Three bodies have been retrieved as about 100 rescuers dug through the mud in search of the missing.

On Thursday, rescuers recovered 13 bodies, 11 of them army officers, from a landslide in Thua Thien-Hue, Quang Tri’s neighboring province.

The team was on its way to another landslide that was reported to have buried 16 workers at a hydroelectric plant construction site, which remains inaccessible.

Torrential rains have caused widespread floods in central Vietnam since last week and weather forecasters say more rain is on the way.