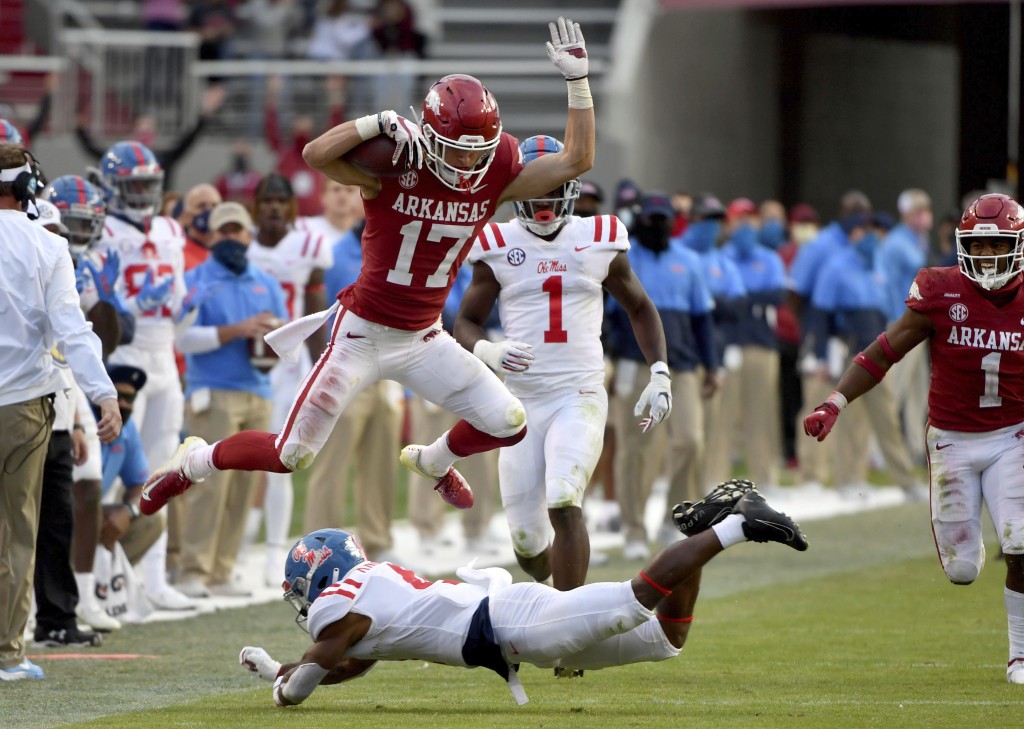 Corral entered the game second in the league in yards passing and had thrown just one interception through three games for Ole Miss (1-3, 1-3). He threw two touchdown passes against the Razorbacks but had a season-low 200 yards in addition to his six picks.

Feleipe Franks was 21-of 34 passing for 244 yards with a touchdown and an interception for Arkansas.

Jerrion Ealy ran for 112 yards and a touchdown on 23 carries for the Rebels.

Arkansas has won two SEC games for the first time since 2016.

Ole Miss sits at the bottom of the SEC West and has given up the most points in the conference.

Arkansas has a bye next week before playing on Halloween at No. 11 Texas A&M for the first time since 2012. The teams had played their head-to-head games at AT&T Stadium in Arlington, Texas, since.

Ole Miss returns home on Saturday to face No. 15 Auburn.