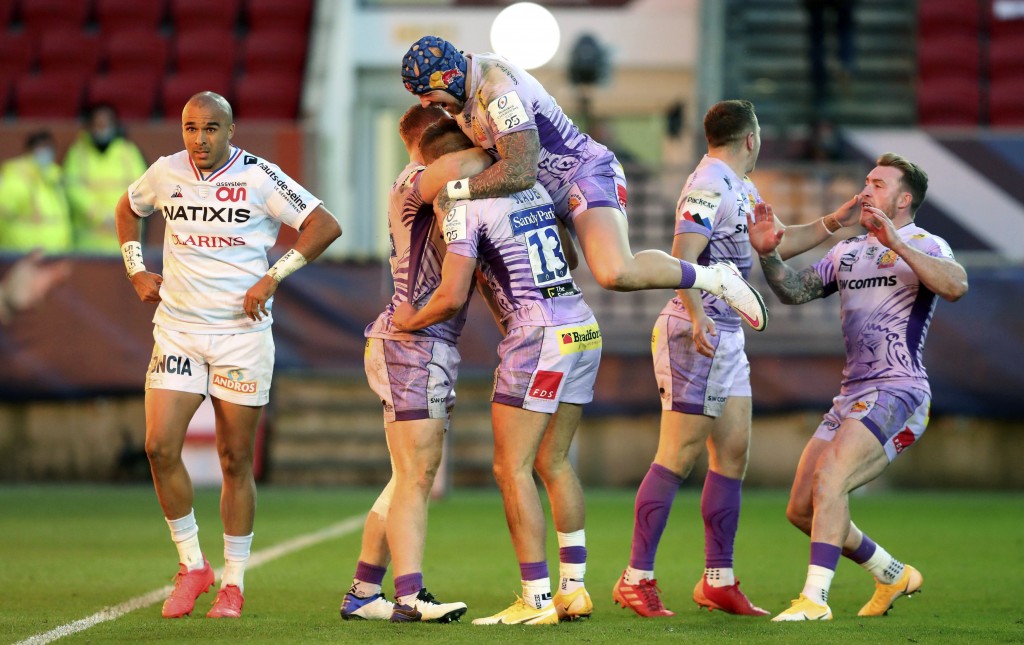 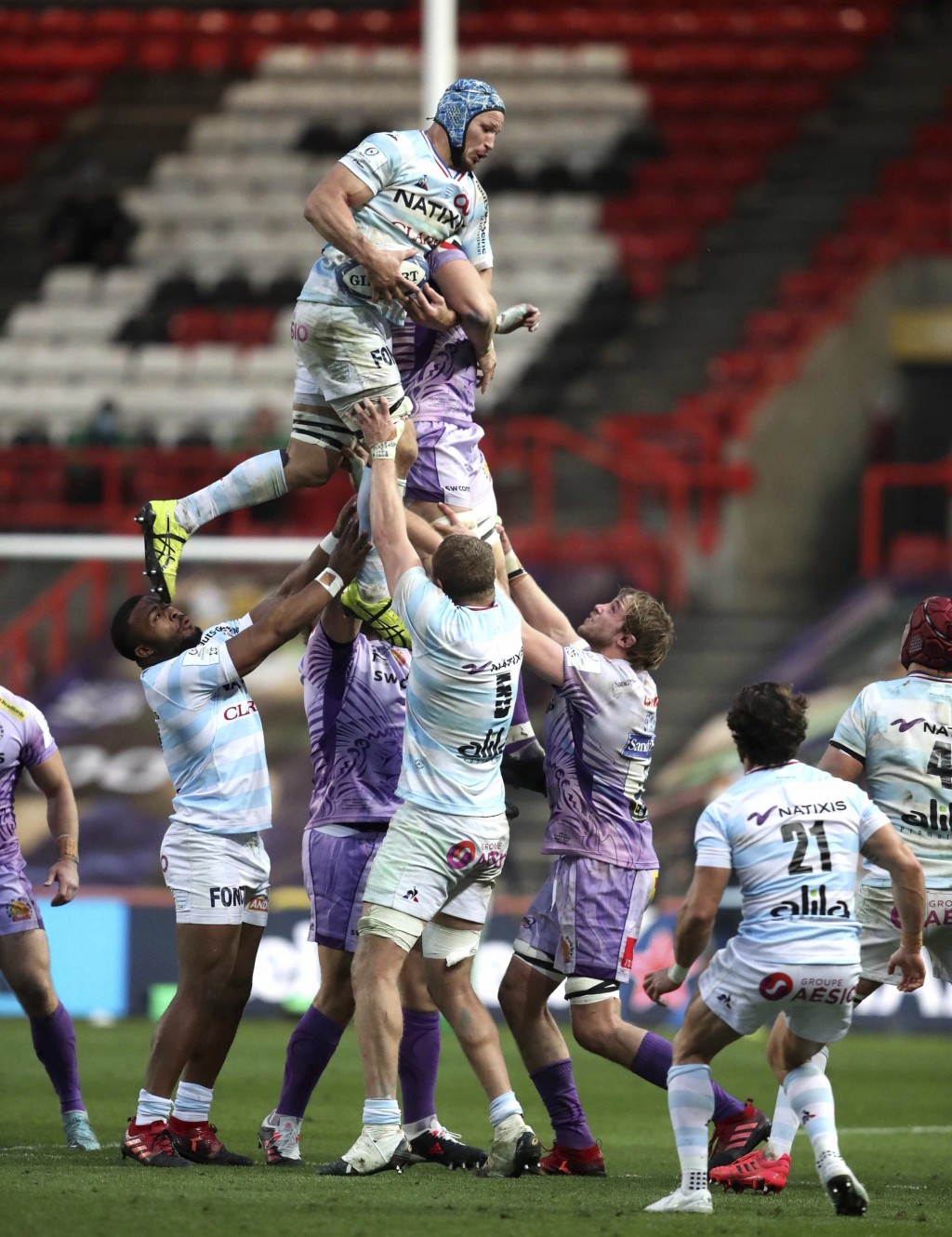 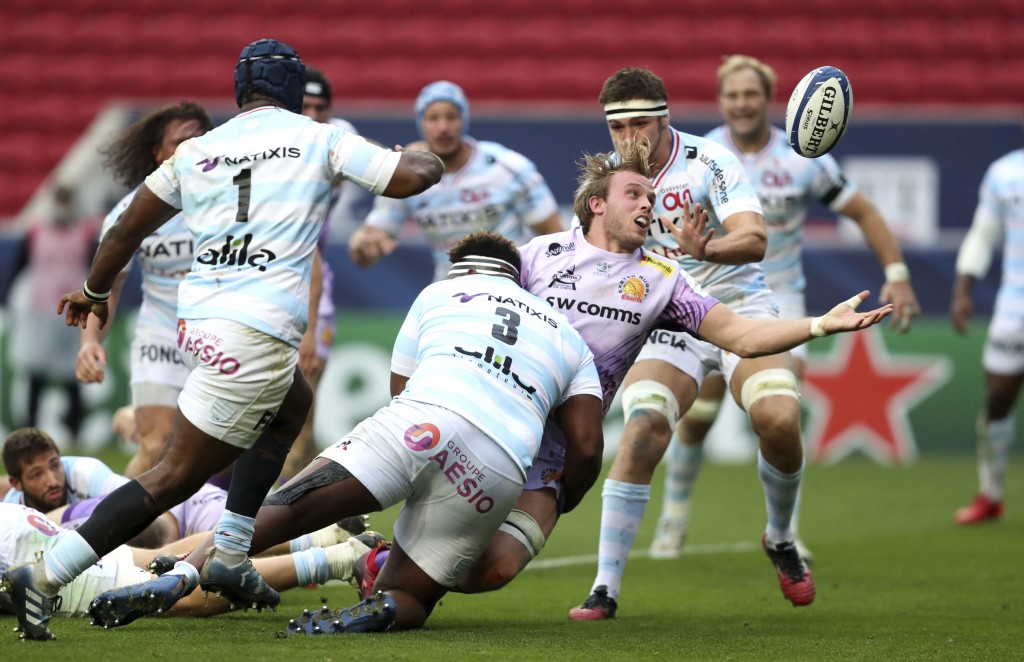 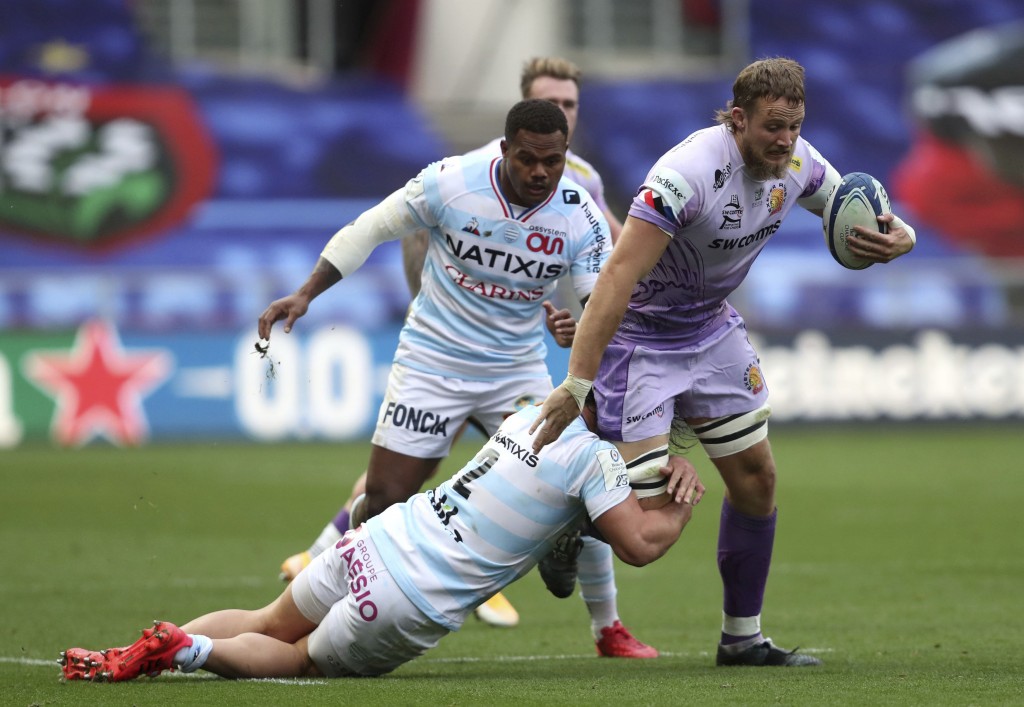 BRISTOL, England (AP) — Exeter Chiefs completed their decade-long rise from English rugby's second tier to the top of the northern hemisphere club game by winning the European Champions Cup for the first time in dramatic fashion on Saturday.

The team from southwest England beat French side Racing 92 31-27 in a thrilling final featuring eight tries — a record for the title match — at Ashton Gate, the home of English soccer club Bristol City.

Exeter played the final nine minutes with 14 men after replacement prop Tomas Francis was sin-binned, but held out because of some stoic defending — much of it near the team's own try line.

An 80th-minute penalty gave Exeter a four-point advantage and, although there appeared to be a few seconds remaining for Racing to kick off again, the officials decided the clock had restarted too late while the penalty was being taken and declared the match to be over.

Racing was playing in its third final in five years, and has lost them all.

After first-half tries for Exeter by Luke Cowan-Dickie, Sam Simmonds and Harry Williams, a try by another England international — Henry Slade — ultimately proved to be the key score after the center intercepted a pass from Scotland flyhalf Finn Russell.

The Chiefs were in the fourth tier of English rugby in 1996 and still relative minnows in the second tier 10 years ago, when they beat Bristol unexpectedly in a playoff match to take a place in the English Premiership for the first time.

They have grown steadily since then, without spending huge sums like others in England's top tier, and were English champions for the first time in 2017.

They will look to regain the domestic league title when they plays Wasps in the Premiership final next weekend.