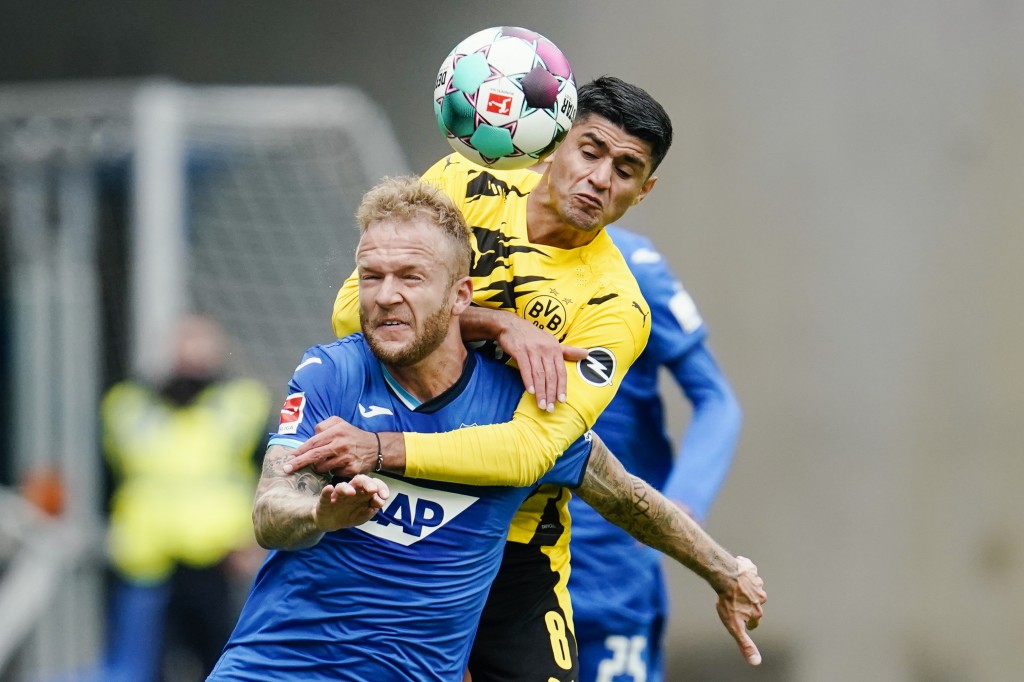 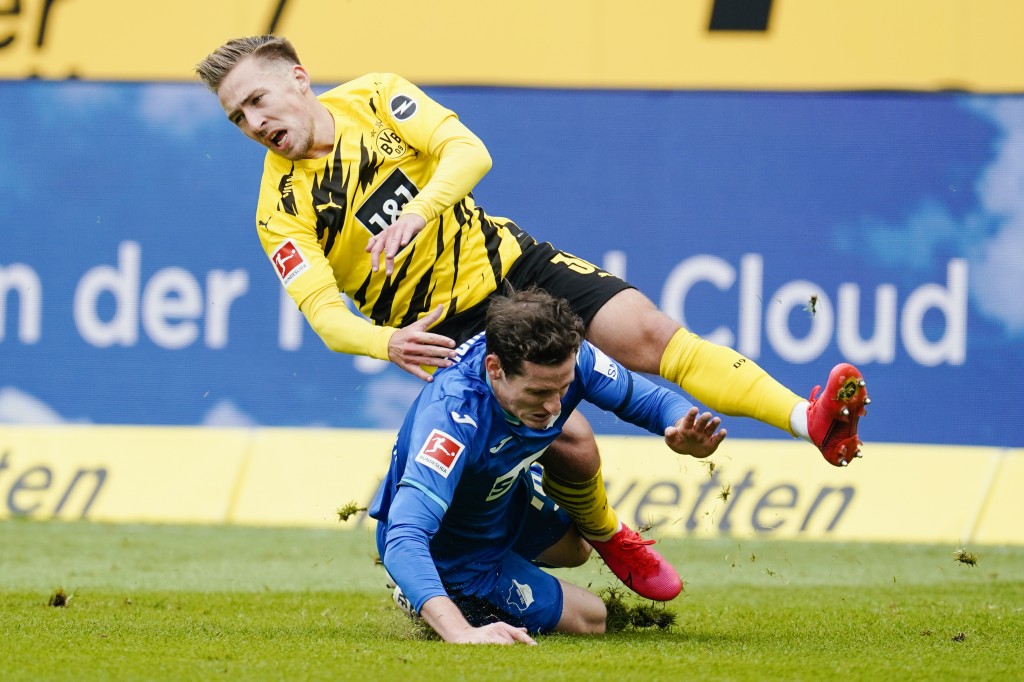 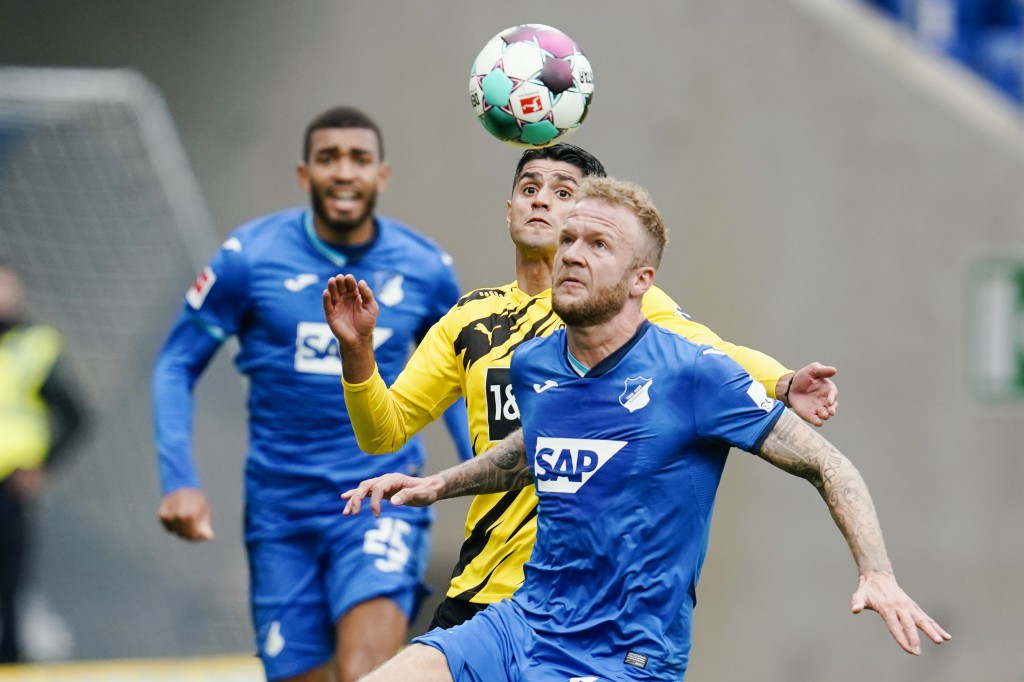 BERLIN (AP) — Substitutes Marco Reus and Erling Haaland came on to end Borussia Dortmund’s barren run against Hoffenheim with a 1-0 victory in the Bundesliga on Saturday.

Dortmund hadn’t won any of the last five meetings between the sides, but Haaland ran on to a ball headed from midfield and kept his cool in front of Hoffenheim's goalkeeper before unselfishly crossing to give Reus a tap-in in the 76th minute.

It had been an uninspiring game from the visitors, the first of seven matches in 21 days, including Tuesday’s Champions League opener at Lazio and next week’s Ruhr derby against Schalke.

Coach Lucien Favre opted to keep Haaland, Reus, Jude Bellingham and Raphaël Guerreiro on the bench at the start, and it was the home side that had the best early chance through Mijat Gacinovic.

Gio Reyna and Thomas Meunier went closest for Dortmund in the first half, the latter hitting the crossbar in the 37th, before Sebastian Rudy wasted a good chance for Hoffenheim.

Favre brought Reus and Haaland on for the ineffective Jadon Sancho and Julian Brandt in the 64th, then Bellingham and Guerreiro in the 75th. Haaland set up Reus for the winner a minute later. The Bundesliga is allowing teams to use five substitutes this season.

Freiburg and Werder Bremen drew 1-1, Hertha Berlin lost 2-0 at home to promoted Stuttgart, Bayer Leverkusen won at Mainz 1-0, and Yussuf Poulsen scored a contender for goal of the season to help Leipzig end Augsburg’s perfect start with a 2-0 win. Dani Olmo sent the ball on and Poulsen connected with a volley to curl the ball over the goalkeeper and inside the far post.

Later, Bayern Munich visits Arminia Bielefeld, which hopes to become the Bundesliga’s first promoted side to beat the Bavarian powerhouse since 2010, and Borussia Mönchengladbach hosts Wolfsburg.