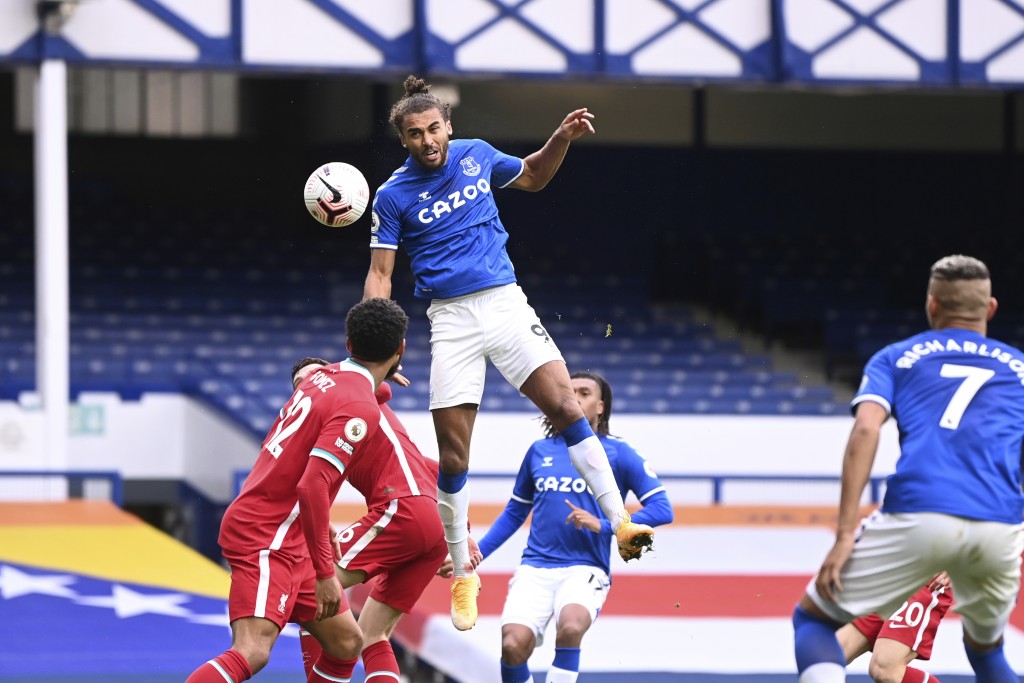 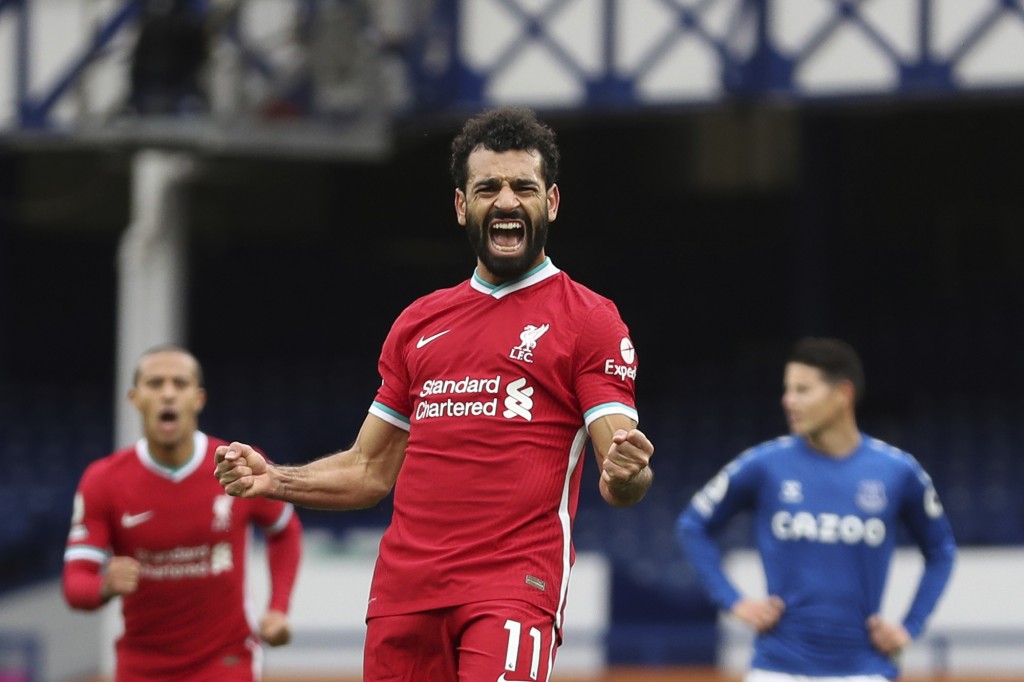 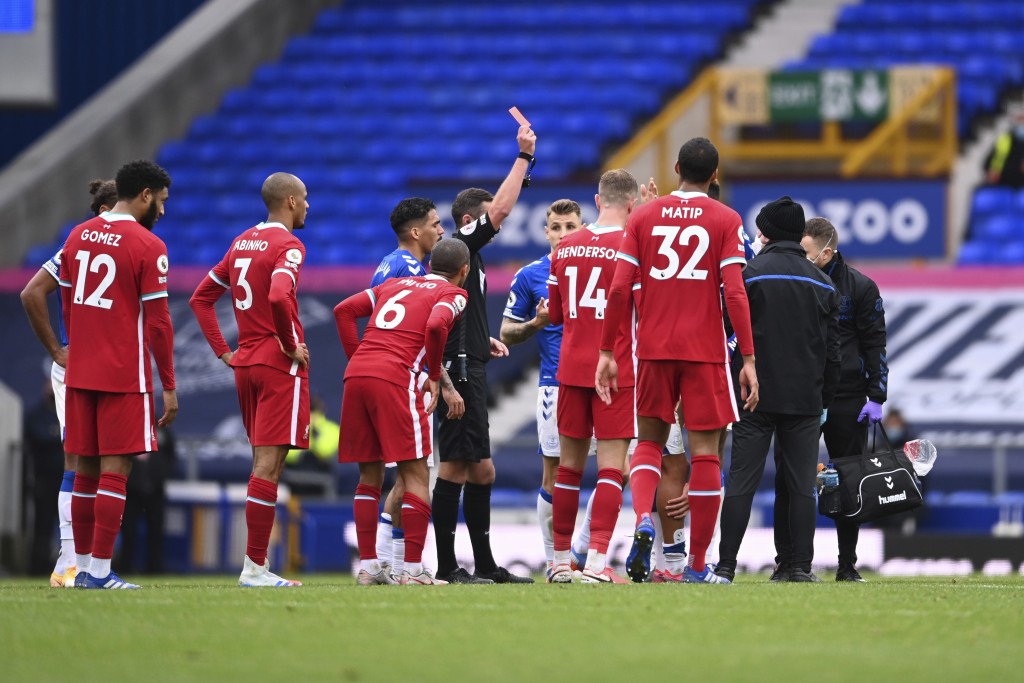 LIVERPOOL, England (AP) — Dominic Calvert-Lewin scored for the fifth straight game to open the Premier League season to salvage a 2-2 draw for Everton against Liverpool, which extended its decade-long unbeaten run in Merseyside derbies on Saturday.

With a leap reminiscent of Cristiano Ronaldo, Calvert-Lewin rose high to power a header into the bottom corner from Lucas Digne’s left-wing cross and equalize in the 81st minute at an empty Goodison Park.

The England striker’s 10th goal in seven games for Everton ensured the team will stay top of the league for another week, though the leaders dropped points for the first time this campaign in a typically frenetic derby which they ended with 10 men after Richarlison’s late red card for fouling Thiago Alcantara.

Jordan Henderson thought he had earned the champions a victory when he scored in the second minute of injury time, but the goal was ruled out for the narrowest of offside calls against Sadio Mané by the VAR.

Liverpool hasn’t lost against its neighbor since 2010, and that unbeaten streak was extended to 23 games in all competitions. Still, Jurgen Klopp’s side was handed a real test from Everton, which justified its surprise position at the top of the league.

Mané gave Liverpool a third-minute lead, only for Michael Keane to equalize from a corner in the 20th — soon after the visitors had lost commanding center back Virgil van Dijk to injury.

Mohamed Salah looked like earning Liverpool the win by lashing home a low, first-time shot in the 72nd minute after Trent Alexander-Arnold’s cross from the right was only partially cleared. However, the champions couldn’t hold out after Salah’s sixth league goal of the season.

Liverpool was hampered by having to play without its best defender for most of the match. Van Dijk hobbled off after a reckless challenge by Everton goalkeeper Jordan Pickford in the seventh minute.

Pickford’s knee-high lunge at Van Dijk came seconds after the center back was adjudged to have been narrowly offside as a cross came over to him. It was seemingly only the fact an offside call had been made that meant Pickford avoided getting a card, with the VAR not checking for a red card.

The incident raised further questions about the temperament of Pickford, the England international who has been at fault for some goals conceded by Everton in recent games.

Van Dijk last missed minutes in the Premier League in January 2018, and his absence might have contributed to Liverpool conceding the equalizer in the 20th when Keane rose highest at a corner to power a header through the raised arms of goalkeeper Adrian.

With Thiago controlling play with his passing and touch in central midfield, Liverpool put in a more assured display than in its last Premier League outing — a scarcely believable 7-2 loss at Aston Villa two weeks ago.

Klopp’s team has, however, conceded 13 goals after just five games of its title defense.