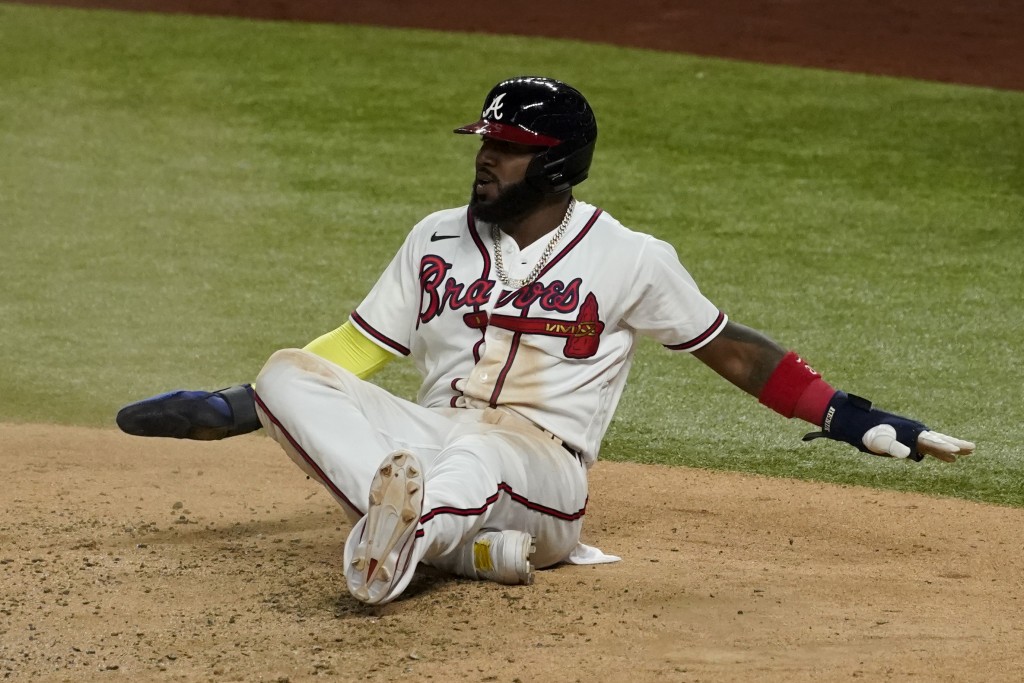 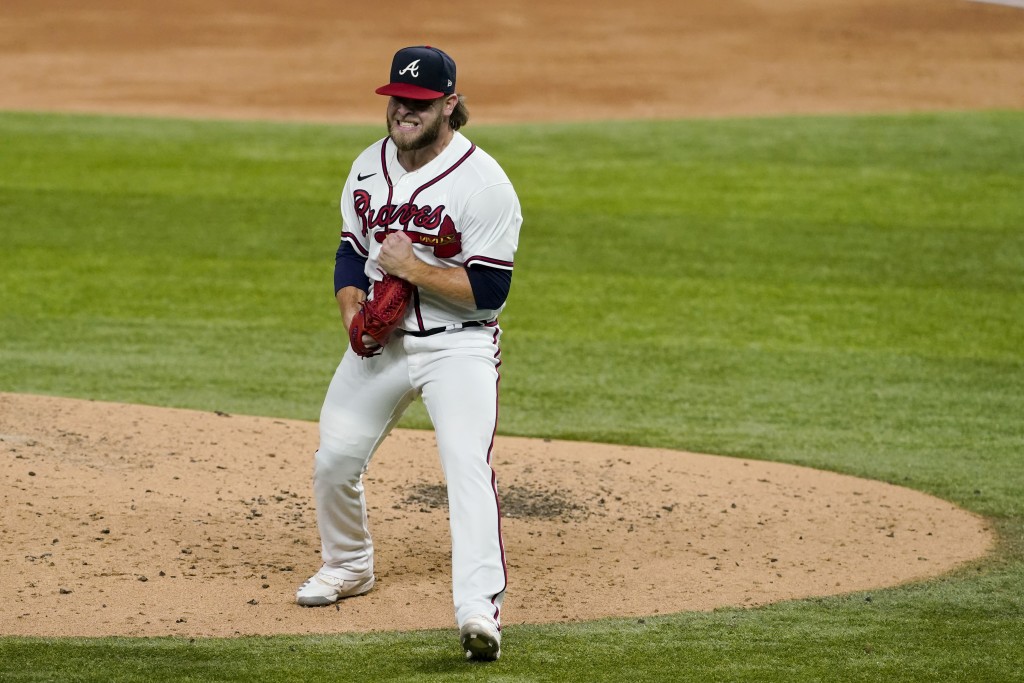 ARLINGTON, Texas (AP) — Marcell Ozuna and the Atlanta Braves got a little ahead of themselves.

Now they’ll have to wait at least another day for the franchise’s first World Series in 20 years.

Ozuna left early on what would have been a sacrifice fly with his team leading in the third inning, and the game soon turned in Los Angeles’ favor as the Dodgers stayed alive in the NL Championship Series with a 7-3 victory in Game 5 on Friday night.

The Braves still have a 3-2 series lead after a bullpen game that started well but went awry, with their top two starters lined up for the final two games. Left-hander Max Fried pitches for the NL East champions on Saturday.

A night after hitting two homers in a 10-2 win, Ozuna started off the bag at third base when Dansby Swanson hit a liner to right field with Atlanta already off to a 2-0 lead.

Realizing Mookie Betts had a chance to make the catch, Ozuna retreated to the base, but still pulled his foot off too soon as Betts made a running, lunging catch just above his shoe tops.

Betts struggled to get the ball out of his glove as he was running toward the plate, and his off-balance throw was late as Ozuna slid headfirst at home. But third baseman Justin Turner was already standing at third waving his arms, and several Dodgers in the dugout had noticed as well.

Los Angeles didn't have to appeal because the play went to review, and the ruling of a sacrifice fly and 3-0 Atlanta lead was changed to an inning-ending double play.

The next batter, Corey Seager, homered for LA leading off the fourth, and the Dodgers went ahead for good in the sixth on Will Smith's three-run shot off the Atlanta reliever of the same name.

Atlanta's A.J. Minter became the first pitcher to make his first career start in the postseason, and now is the only starter or reliever in postseason history with seven strikeouts in three or fewer innings. The left-hander allowed one hit.

Minter was replaced by Tyler Matzek, who two years ago was pitching for an independent league team in a nearly empty stadium just a few miles from Globe Life Field, where the first-ever neutral-site NLCS is being played at the home of the Texas Rangers.

This crowd wasn't what it could have been, with another pandemic-reduced total of about 11,000 in the first setting with fans this season. They ended up getting a pumpkin instead of a fairy tale October story.

Matzek surrendered Seager's homer, and two innings later Smith walked his first batter, Max Muncy, forcing the lefty and losing pitcher to face LA's Smith, a right-handed hitter, because of the new rule of a three-batter minimum. The Dodgers catcher hit a 3-2 fastball 404 feet into the seats in left.

Jacob Webb gave up Seager's second homer of the game and fourth of the series, a two-run shot after Mookie Betts' RBI single in the seventh.

Fried struck out nine in six innings in a no-decision in Game 1, when the Braves scored four times in the ninth in a 5-1 win.

Ian Anderson, a 22-year-old right-hander and likely Game 7 starter if needed, hasn't allowed a run in 15 2/3 innings in these playoffs, covering the first three postseason starts of the rookie's career.