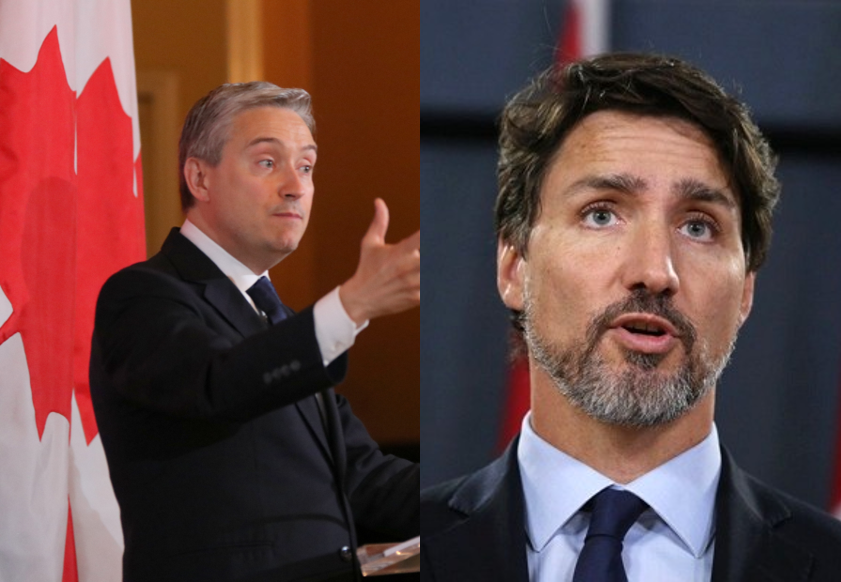 On Thursday (Oct. 15), Cong told the Canadian government not to grant asylum to Hongkongers fleeing the city due to the recently imposed national security law. He labeled the pro-democracy activists in Hong Kong as "violent criminals" who should not be protected.

He also added that if Canada passes any bills condemning China for violating the rights of Muslims in Xinjiang, as the U.S. government previously did, then there would be pushback. Canadian Foreign Minister Francois-Philippe Champagne described the warning messages as "totally unacceptable and disturbing."

“I have instructed Global Affairs to call the ambassador in to make clear in no uncertain terms that Canada will always stand up for human rights and the rights of Canadians around the world,” Champagne said in a statement distributed by multiple Canadian news outlets.

Canadian Prime Minister Justin Trudeau also stated Friday (Oct. 16) that he will not be silenced by China’s “coercive diplomacy” and human rights abuses in Hong Kong and Xinjiang.

Although Oct. 13 marked the 50th anniversary of the two countries' diplomatic relations, tension has continued to escalate after China imprisoned two Canadians in retaliation for the arrest of Meng Wanzhou (孟晚舟), the deputy chief financial officer of Chinese telecom giant Huawei.

Meng is now living at her house in Vancouver under 24-hour surveillance, while her lawyers struggle to save her from being extradited to the U.S. She was arrested in December 2018 at Vancouver International Airport on charges of bank and wire fraud connected to violating U.S. sanctions on Iran.

In response, two Canadian men, Michael Kovrig and Michael Spavor, were detained by the Chinese authorities for threatening the country’s national security and charged with espionage in June 2020. The pair recently obtained “virtual consular access” to talk with Canada's ambassador to China after months of "extreme isolation."