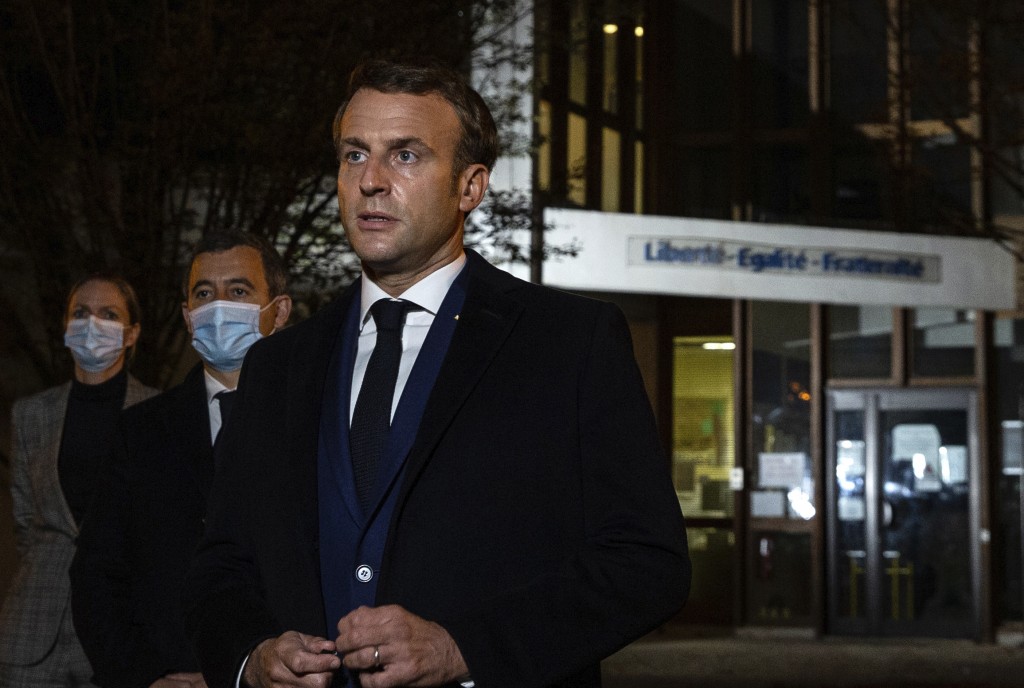 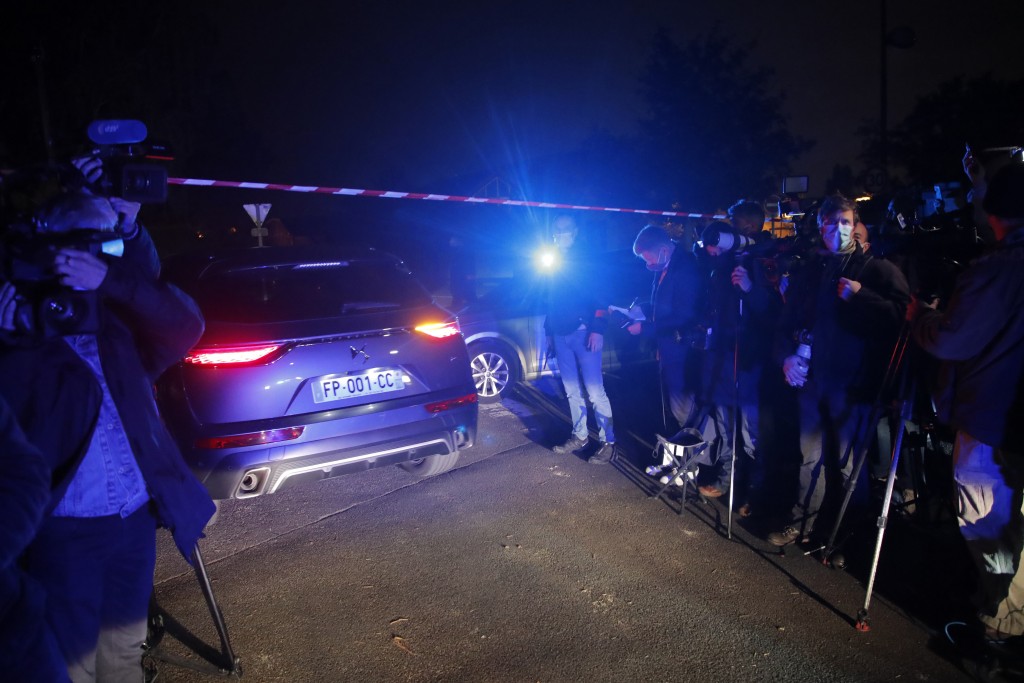 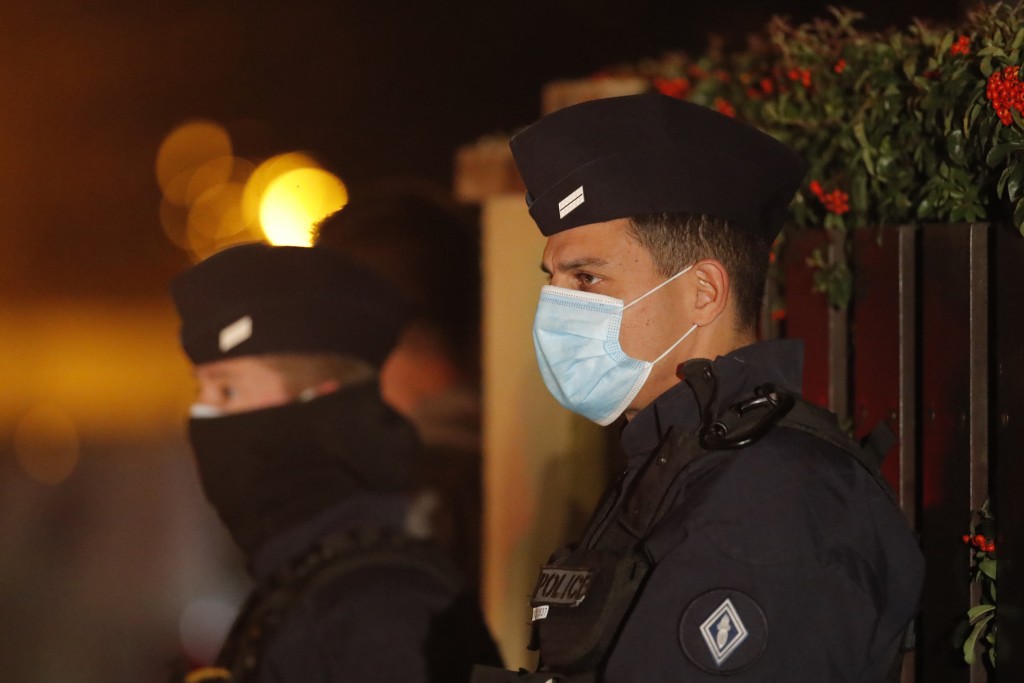 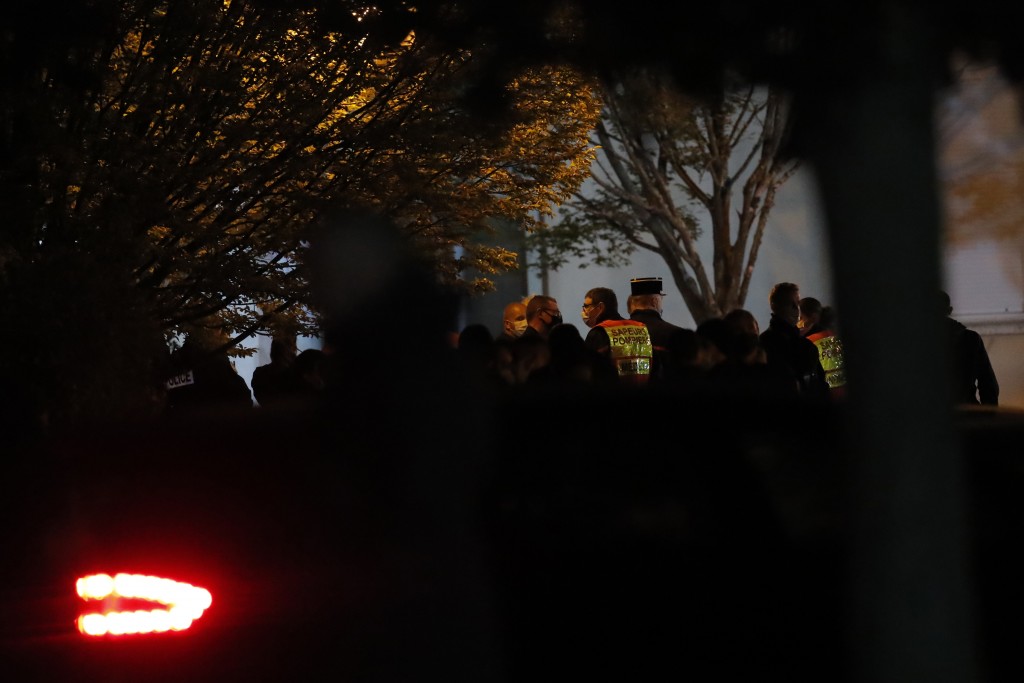 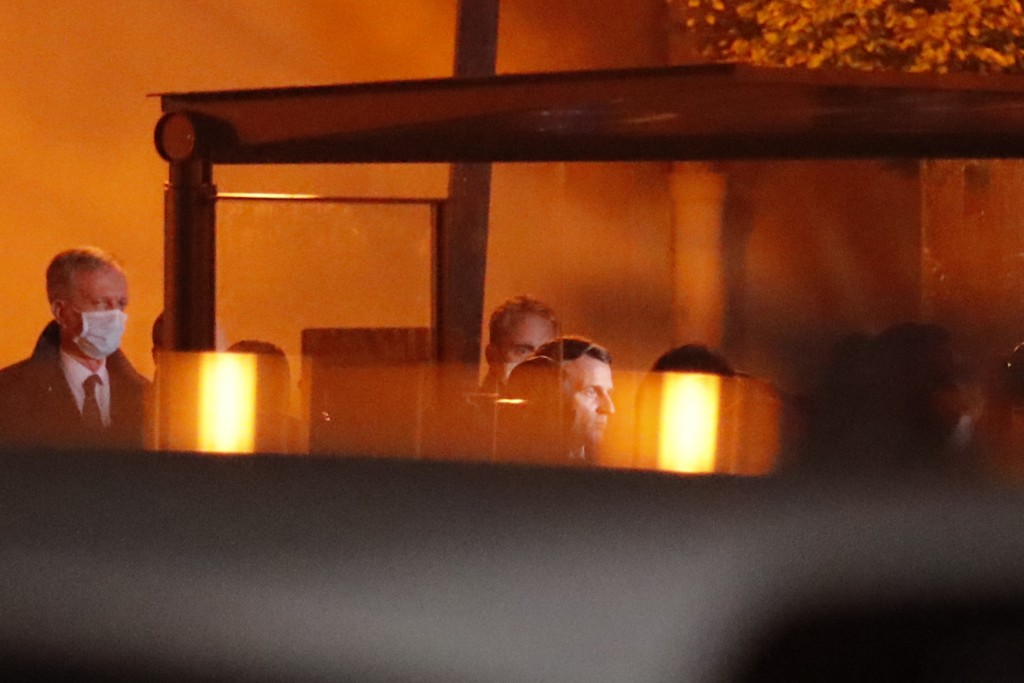 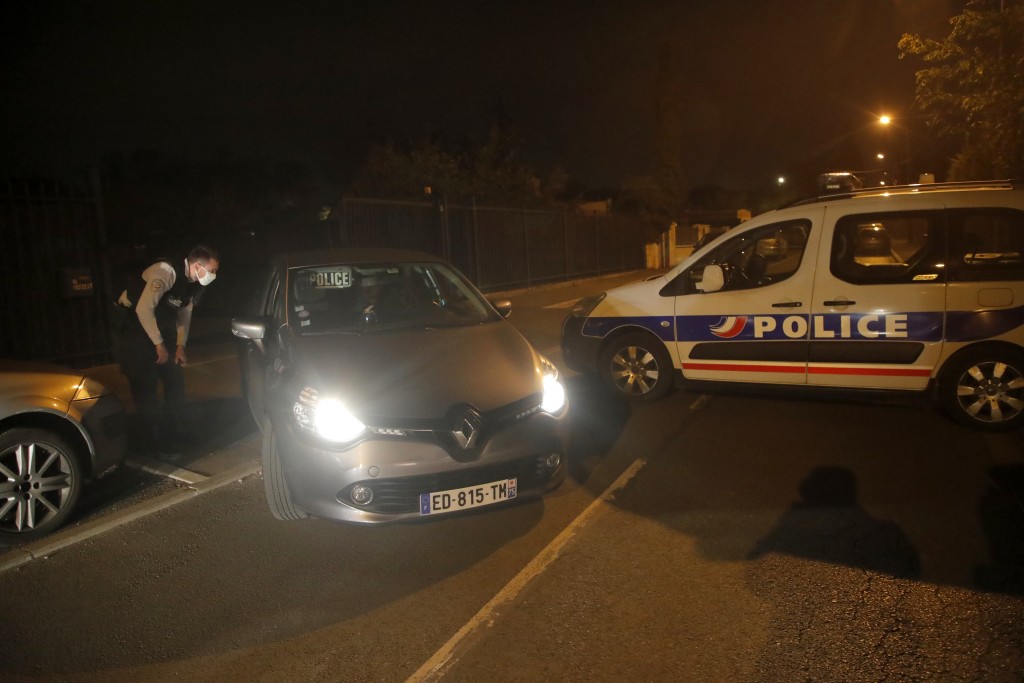 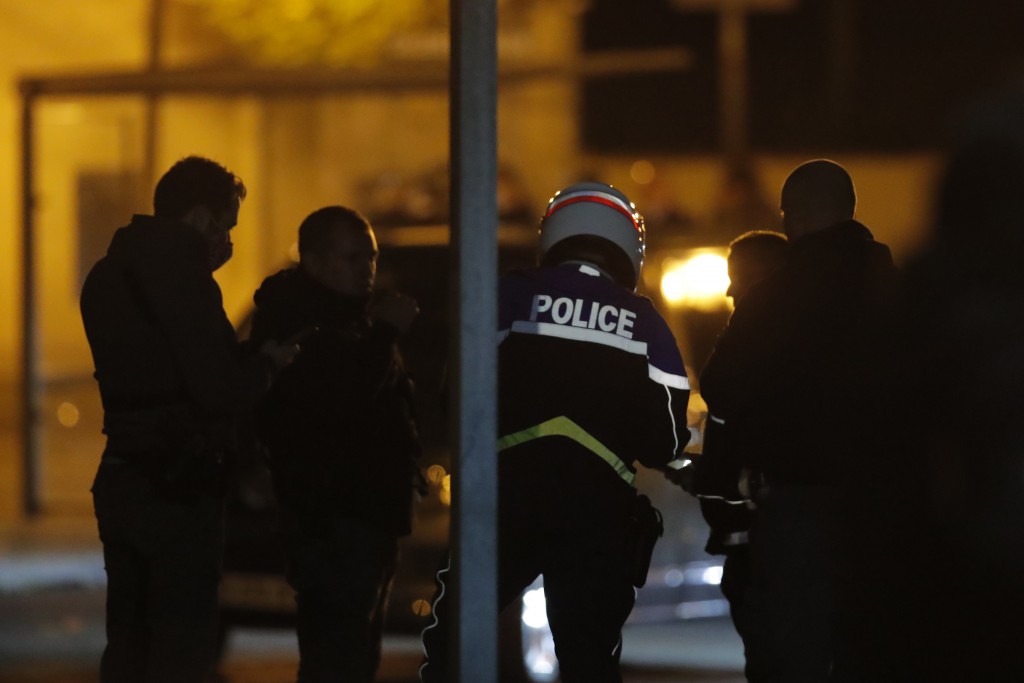 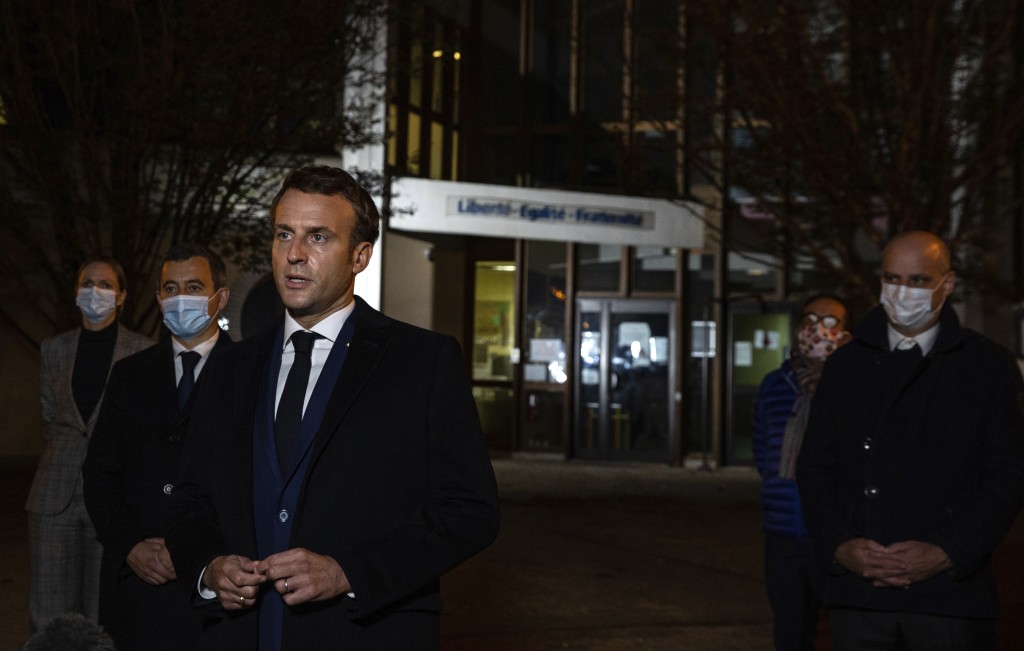 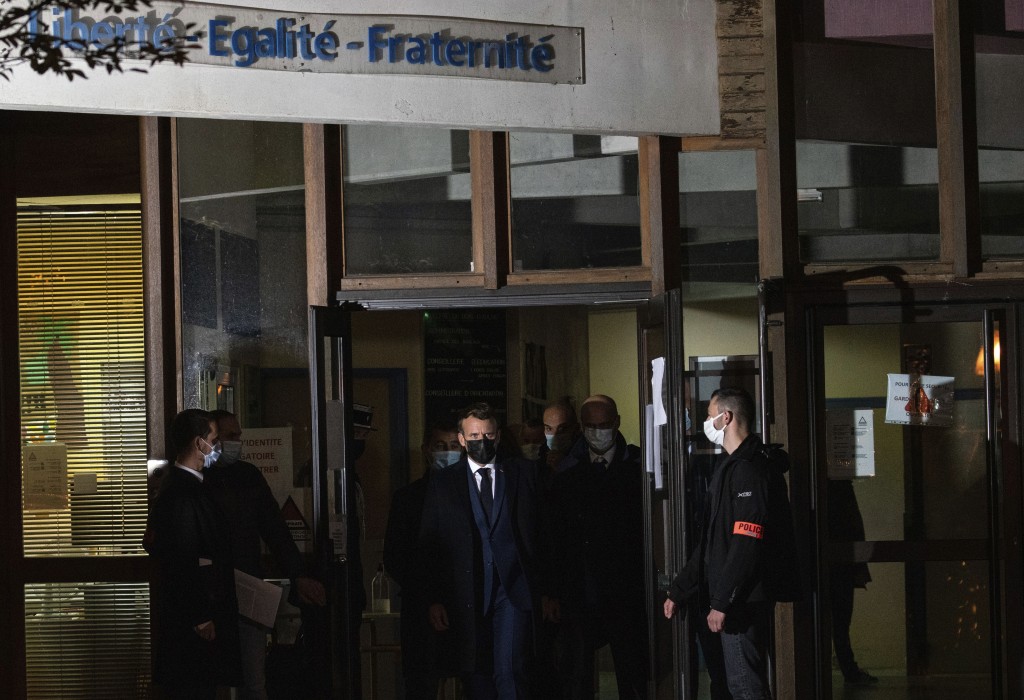 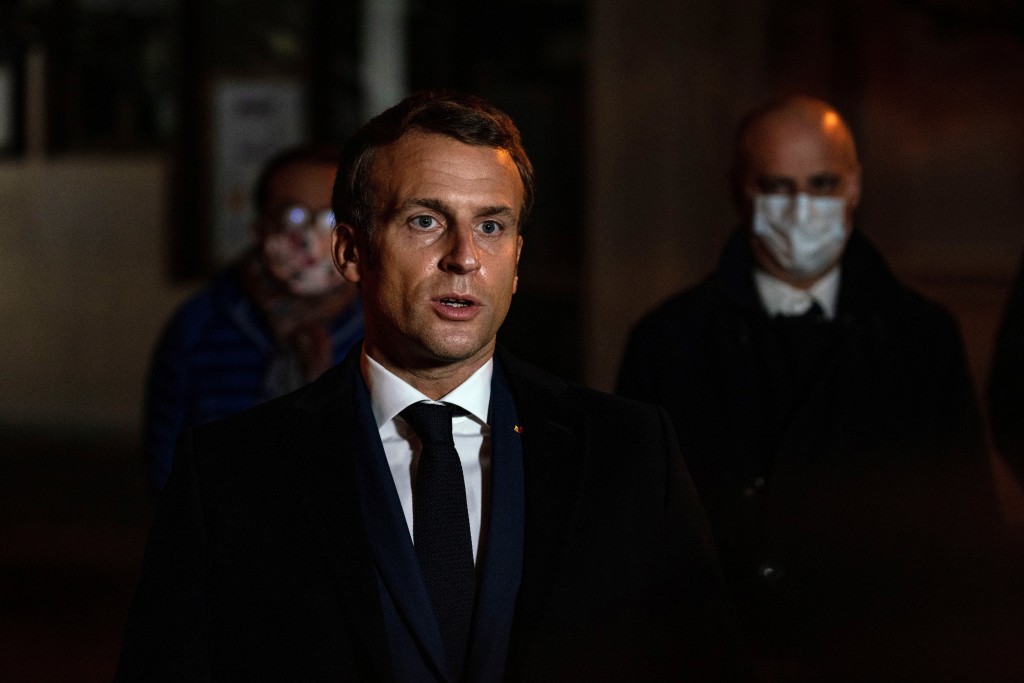 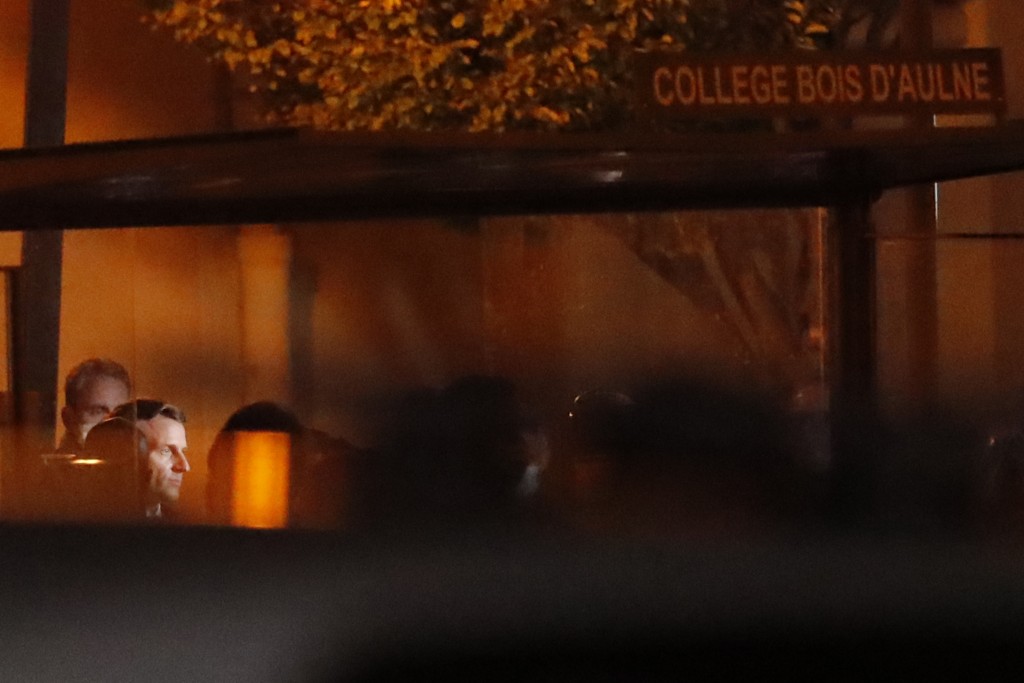 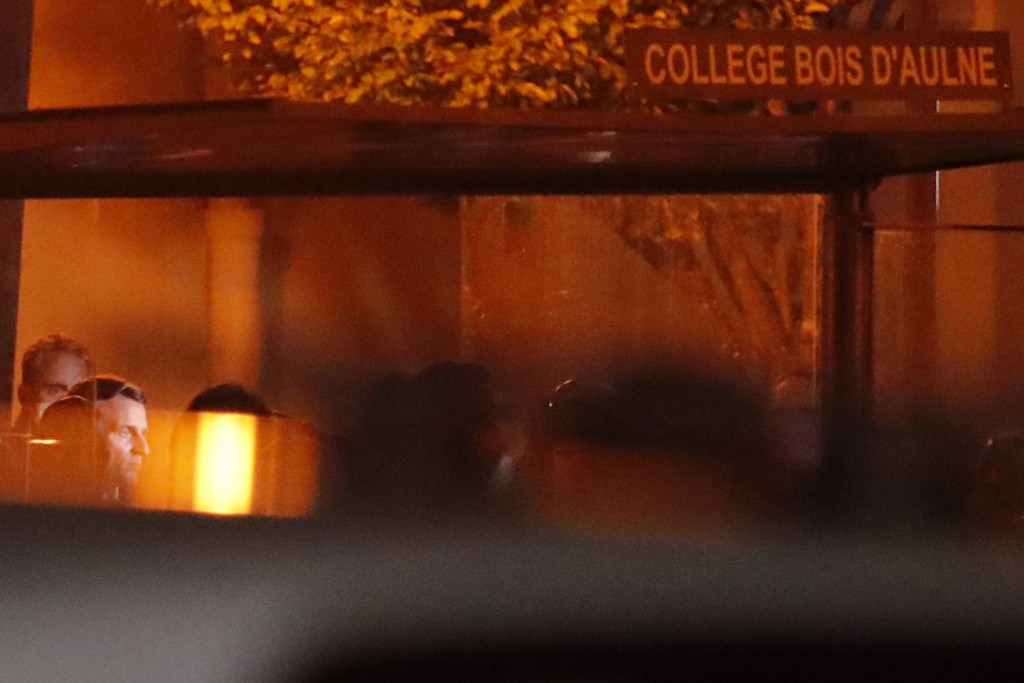 PARIS (AP) — For the second time in three weeks, terror struck France, this time with the gruesome beheading of a history teacher in a street in a Paris suburb. The suspected attacker was shot and killed by police.

French President Emmanuel Macron denounced what he called an “Islamist terrorist attack” and urged the nation to stand united against extremism. The teacher had discussed caricatures of Islam's Prophet Muhammad with his class, authorities said.

The French anti-terrorism prosecutor opened an investigation for murder with a suspected terrorist motive, the prosecutor’s office said.

Macron visited the school where the teacher worked in the town of Conflans-Saint-Honorine and met with staff after the slaying. An Associated Press reporter saw three ambulances arrive at the scene, and heavily armed police surrounding the area and police vans lining leafy nearby streets.

“One of our compatriots was murdered today because he taught ... the freedom of expression, the freedom to believe or not believe,” Macron said.

He said the attack shouldn’t divide France because that’s what the extremists want. “We must stand all together as citizens,” he said.

The incident came as Macron’s government works on a bill to address Islamist radicals who authorities claim are creating a parallel society outside the values of the French Republic. France has the largest Muslim population in Western Europe with up to 5 million members, and Islam is the country’s No. 2 religion.

The killing of the teacher occurred in Conflans-Sainte-Honorine while the fleeing suspect was killed by police in adjoining Eragny.

A police official said the suspect, armed with a knife and an airsoft gun — which fires plastic pellets — was shot dead about 600 meters (yards) from where the male teacher was killed after he failed to respond to orders to put down his arms, and acted in a threatening manner.

The teacher had received threats after opening a discussion “for a debate” about the caricatures about 10 days ago, the police official told The Associated Press. The parent of a student had filed a complaint against the teacher, another police official said, adding that the suspected killer did not have a child at the school.

An ID card was found at the scene of the suspect, but police were verifying the identity, the police official said. French media reported that the suspect was an 18-year-old Chechen, born in Moscow. That information could not be immediately confirmed.

France has seen occasional violence involving its Chechen community in recent months, in the Dijon region, the Mediterranean city of Nice, and the western town of Saint-Dizier, believed linked to local criminal activity.

It was not known what link, if any, the attacker might have with the teacher or whether he had accomplices. Police were fanning out on searches of homes and potential family and friends of the man in question, French media reported — a “classic” scenario in a terrorism case, the police official said.

The two officials could not be named because they were not authorized to discuss ongoing investigations.

“We didn't see this coming,” Conflans resident Remi Tell, who as a child had attended the Bois D'Aulne middle school, said on CNews TV station. He described the town as peaceful.

It was the second terrorism-related incident since the opening of an ongoing trial on the newsroom massacre in Jan. 2015 at the satirical newspaper Charlie Hebdo after the publication of caricatures of the prophet of Islam.

As the trial started, the paper republished caricatures of the prophet to underscore the right of freedom of expression. Quickly, a young man from Pakistan was arrested after stabbing two people with a meat cleaver outside the newspaper's former offices. They did not suffer threatening injuries. The 18-year-old told police he was upset about the publication of the caricatures.

In a video posted recently on social media, a man describing himself as a father at the school said the teacher who was slain had recently shown an offensive image of a man and told students it was “the prophet of the Muslims.” Before showing the images, the teacher asked Muslim children to leave the room because he planned to show something shocking, the man said.

“What was the message he wanted to send these children? ... Why does a history teacher behave this way in front of 13-year-olds?” the man asked. He called on other angry parents to contact him, and relay the message.

Michel Euler in Conflans-Saint-Honorine, Angela Charlton in Paris and Nicolas Vaux-Montagny in Lyon contributed to this report.